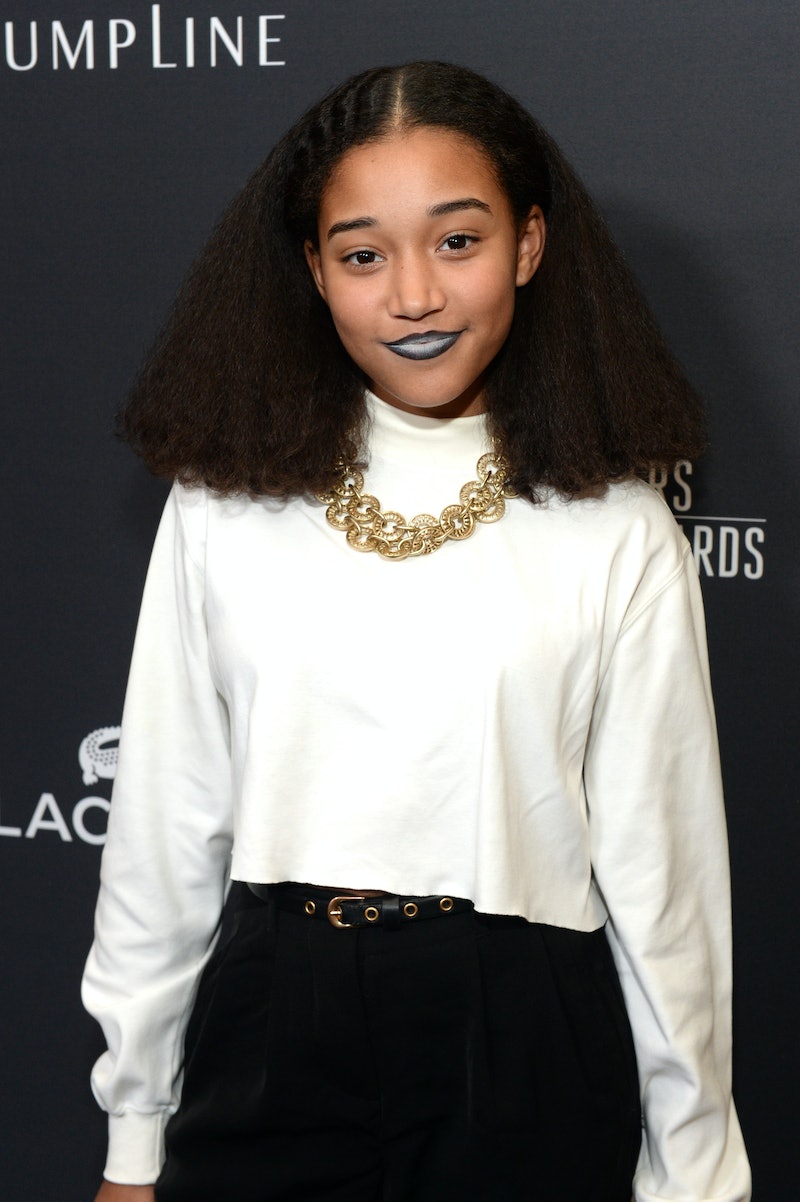 I know prom season isn't over, but I'm calling it now: Amandla Stenberg has won prom. The young actress, who's best known for playing Rue in The Hunger Games, posted a few pictures to her social media pages revealing her majorly on-point prom look and her unexpected (but in a good way) date, and seriously, they're so adorable you probably won't be able to handle it. So, first thing's first, who was Stenberg's date? That would be none other than Will Smith's 16-year-old son Jaden Smith, who accompanied Stenberg to her prom in a non-Batman ensemble, based on the photos.

The actress, who is also 16 years old, posted the photos across various social media sites, including her Twitter, her Tumblr, and her Instagram. Based off the pics, it seems Smith and Stenberg both went very high fashion for prom: Stenberg looked phenomenal, with silver braids, a septum piercing, and minimal makeup. Smith seems to be wearing something of a shift dress, which is a common look for him that he, of course, once again rocked. He paired the ensemble with white gloves and sneakers (which are also signature accessories of his). In summation, they both looked awesome, and I'm pretty sure we all just found our new #squadgoals look:

It's not clear if Smith and Stenberg are dating, or if they attended prom as platonic friends. Of course, the latter could be very likely, and Stenberg might just be a family friend to the Smiths: After all, she and Smith's sister Willow are friends and they actually attended an FKA Twigs concert together earlier this year. However, I have to say — if Smith and Stenberg are dating, they could totally become the next young Hollywood "it" couple if they wanted to. These fierce photos are undeniable proof.