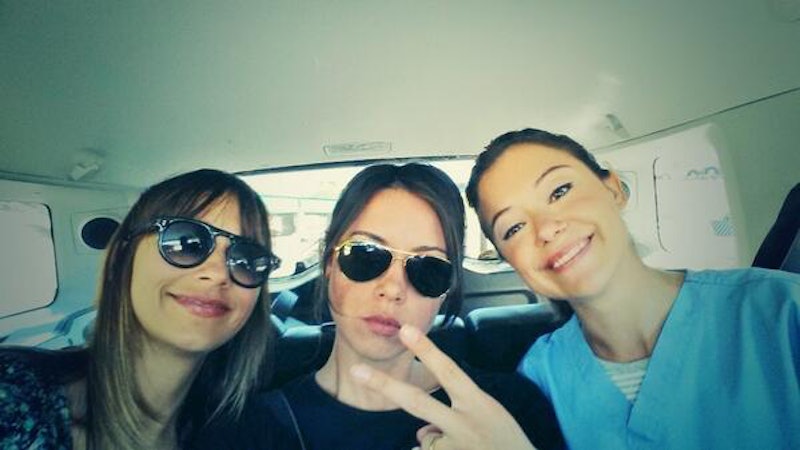 We all know that the Manic Pixie Dream Girl is a tired trope that keeps many “indie” princesses in crocheted-and-Pinterested cage. We all know that Zooey Deschanel has played a role in too many movies, albums, and TV shows centered on her “quirkiness” and ability to rock a 60’s-inspired frock. And we also know that this stereotype completely whitewashes the “indie” scene, since almost any major Manic Pixie Dream Girl is white. Let's not even mention the fact that the MPDG has to be straight, coy, and constantly adorable.

Now, the Manic Grumpy Mean Girl is nothing new. She has evolved from a sassy supporting character to a multidimensional leading lady. Even Zooey played one of the early iterations of her in Failure to Launch. Do you remember her role as a murderous alcoholic best friend? Probably not, but it was the only funny bit in an otherwise formulaic film. And it may be the least formulaic role Zooey’s polka-dotted career.

Much like the Manic Pixie Dream Girl, the Manic Grumpy Mean Girl has some hallmarks. This Girl, instead of being “ethereal,” “precious,” and “adorable” is often an barely likeable love interest or friend with a foul mouth. Instead of being an object of lust or love, she grabs whatever person she wants and instigates sex on her own terms. Where the Pixie may have a somewhat childlike or 60’s-inspired wardrobe the Grumpy often rocks menswear or dresses or t-shirts or whatever the hell she likes, because it isn’t about her looks. It’s about her kickass personality.

And at one time, these characteristics would have been used to make her a stock “best friend” character like Zooey’s, but now the Manic Grumpy Mean Girl has come into her own. Kat Dennings has pushed a sexually open, working-class version to the forefront in all of her movies (especially Charlie Bartlett) and 2 Broke Girls. Lizzie Caplan has created a professional-but-motherly version on Masters of Sex, and will make an even more irresponsible iteration in her upcoming film Save the Date. Zoe Saldana has asserted her independence in outer space with Spock, and hopefully she will continue her fierce stonewalling as Gamora in Guardians of the Galaxy.

Aubrey Plaza has been the meanest of the Mean Girls in Parks and Rec. Even her Twitter handle is @evilhag, which should be inspiration for all other Grumpy Mean Girls out there. She will start her grumpy quest for sexual fulfillment in The To-Do List, which has a scene of her taking that fulfillment into her own hands (literally). The proper, cute Manic Pixie Dream Girl would never do THAT.

All of these women represent multi-dimensional characters that don’t always play nice with their male counterparts. All of them steal the screen. Most of them steal some hearts in the process. Occasionally one will steal beer. Instead of bemoaning the tired and dying Manic Pixie Dream Girl, maybe we should listen to the (relatively) new Manic Grumpy Mean Girls.