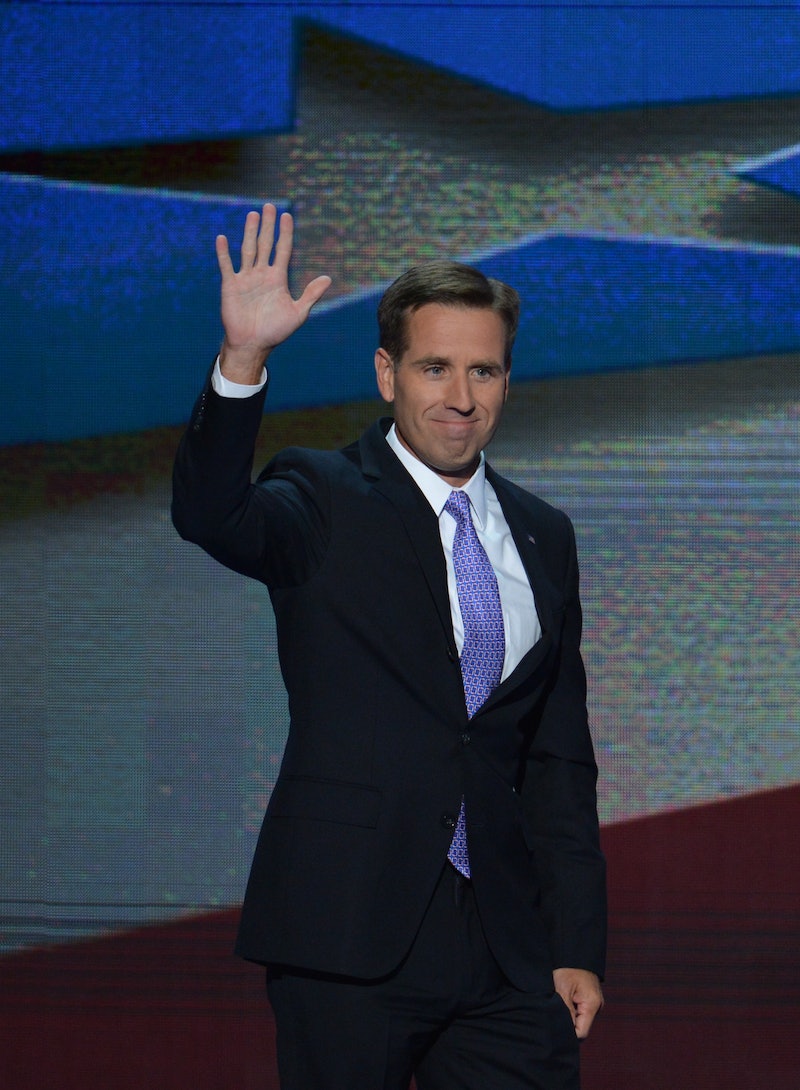 The son of Vice President Joe Biden, Beau Biden, has died from brain cancer after battling the illness for several years. The oldest son of the vice president, Biden was the former state attorney general of Delaware and was considered to be a likely choice to become the governor of the state in 2016.

The vice president released a touching statement about his son Saturday night, stating:

The entire Biden family is saddened beyond words. We know that Beau’s spirit will live on in all of us— especially through his brave wife, Hallie, and two remarkable children, Natalie and Hunter.

According to Politico, Biden suffered from a stroke in 2010 and then had a small brain lesion surgically removed in 2013. Biden's recent battle with brain cancer had been kept mostly private for the last few weeks. He was hospitalized in mid-May for an "undisclosed illness," Politico reported at the time, with CNN reporting though a CNN report added that the situation was "serious." The hospital he had been admitted to was the Walter Reed National Military Medical Center in Washington, according to The Washington Post. Biden was a major in the Delaware Army National Guard’s Judge Advocate General Corps.

President Obama also released a statement on Biden's death, stating, "Michelle and I are grieving tonight."

Biden, 46, had seen a lot of trauma in his life. In 1972, shortly after Joe Biden had just won his race for Senate, Joe Biden's wife and three children were involved in a tragic car crash. Neilla, Joe Biden's wife and Beau Biden's mother, died, as did Joe's daughter and Beau's sister, Naomi. Beau and his brother, Hunter, survived, but with major injuries. Joe Biden was later sworn in as a senator at the hospital bedsides of his two sons. Beau Biden told this story during the 2008 Democratic National Convention as he introduced his father in a moving speech.

Obama, who compared Biden to his father in his emotional statement, said:

Beau took after Joe. He studied the law, like his dad, even choosing the same law school. He chased a life of public service, like his dad, serving in Iraq and as Delaware’s Attorney General. Like his dad, Beau was a good, big-hearted, devoutly Catholic and deeply faithful man, who made a difference in the lives of all he touched - and he lives on in their hearts.But for all that Beau Biden achieved in his life, nothing made him prouder; nothing made him happier; nothing claimed a fuller focus of his love and devotion than his family.Just like his dad.