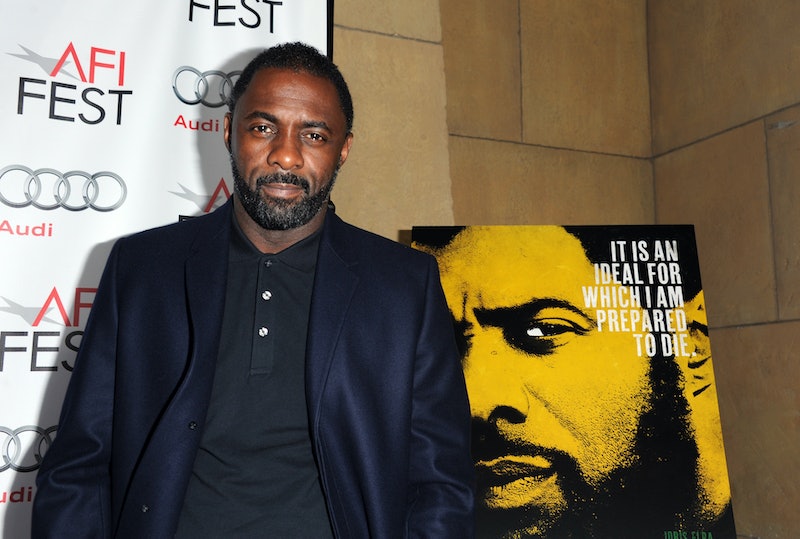 We dug him in Thor, laughed with him on The Office, and absolutely adored him on Luther. But now, with the release of Thor: The Dark World this past weekend and Mandela: Long Walk to Freedom on the horizon, Idris Elba is poised to break out in a big way. (Or, more accurately, in the way he should have at least three years ago.) But it's inevitable — the long under-appreciated Elba will be Hollywood's next hero. Don't believe me? Here's 10 reasons why:

10. His DJ alter-ego, 7WALLACE, has recorded a track with Dizzee Rascal that can only be described as “so energetic it might make anyone over 22 feel old and tired.” Fair warning, you will bob your head.

7. He was in Thor and Thor: Dark World as Heimdal, that badass guardian of the bridge to other worlds.

6. He missed the London Olympics and the premiere of Prometheus (in which he played a pilot named Janek) to work on Mandela. He also learned to box.

5. He loves Mako Mori more than life itself, as he proved when he died in Pacific Rim.

4. When Beasts of No Nation hits the big screen, he will be starring in it.

3. One of his upcoming movies, Bastille Day, involves him kidnapping a young boy for the US government, then regretting it, in Paris. So it’s essentially reverse Taken, if Taken had been written by awesome conspiracy theorists.

Scratch that, he is a golden god.

1. He is the American Dream. He came from a working class neighborhood in England with a dream to be in Hollywood films, and as he says it, he came and he conquered.