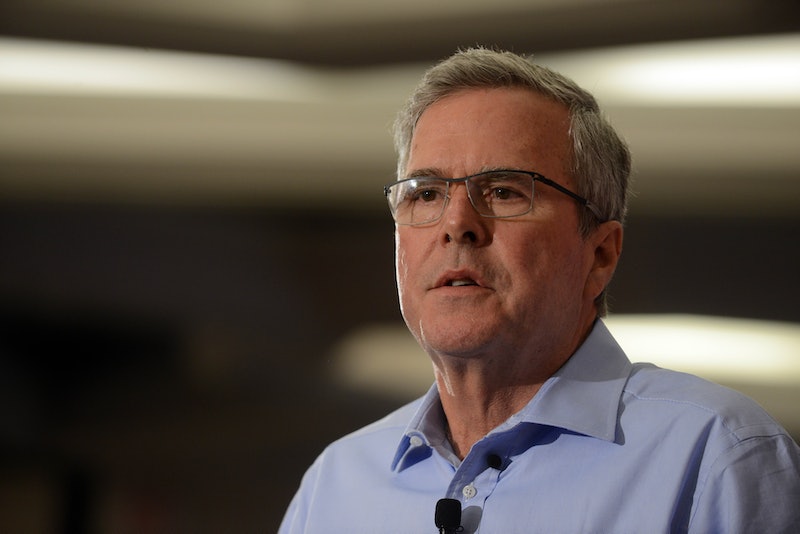 At a fundraising event in Nashville, Tennessee, on Saturday night, prospective presidential candidate and former Florida Gov. Jeb Bush defended the Patriot Act and his brother's legacy, calling Kentucky Sen. Rand Paul "wrong" for trying to prevent the measure from being reauthorized for another five years. The three key provisions up for vote were previously stalled in the Senate on May 23 after Paul pushed the session into the early morning hours in an attempt to delay a decision. If passed, the measure would continue to provide intelligence agencies the right to collect and store mass quantities of telephone metadata from US citizens.

"I think the law has kept us safe, plain and simple," Bush told reporters ahead of his speech to top Republican donors on Saturday. "There's been no violation of civil liberties."

Bush has come under heavy criticism of late due to his seeming support for the hawkish policies of brother George W. Bush's administration, which championed increased surveillance to prevent further terrorist attacks after 9/11. In an interview with Fox News host Megyn Kelly on May 11, Bush stumbled over a fairly simple question regarding the 2003 invasion of Iraq after Kelly inquired as to whether he would have sent troops overseas "knowing what we know now."

"I would have," said Bush. "And so would have Hillary Clinton, just to remind everybody, and so would almost everybody that was confronted with the intelligence they got." Bush later explained that he had misunderstood the question, clarifying that he would not have invaded the Middle Eastern country with knowledge obtained since then, but the damage was already done.

"I don't know how that was a hard question," said the former senator and 2016 candidate. "I’ve been asked that question a hundred times [and] his brother even said in his own book that he would have done something differently."

With critical eyes watching, Bush's comments over the weekend only added to the firestorm against him from those who believe his policies are too similar to his brother's. But paired with the scores of establishment voters who willingly back the continuation of the Patriot Act, it may not have done nearly as much damage.

With bipartisan support for the data collection bill, it's politicians like Paul who are forced on the offensive instead. After delaying the May 11 vote, both Democrats and Republicans alike took Paul to task for his rejection of the three key provisions, which would have also allowed telecommunications companies to store citizens' private data for future intelligence use and would have given investigators the ability to wiretap additional phones of suspected terrorists without obtaining a new warrant each time.

On Saturday, when asked about Paul's intentions to stall Sunday's second Patriot Act vote, Bush added, "I know what will happen if there's an attack — people will say, 'Where were you?'"

A Public Policy Poll released on Thursday showed that Paul was trailing Bush by only 3 percentage points, although Bush has dropped nearly 50 percent since his 18 percent lead over party favorite, Wisconsin Gov. Scott Walker in January. Whether Bush's recent comments will affect those numbers in any respect is yet to be seen.