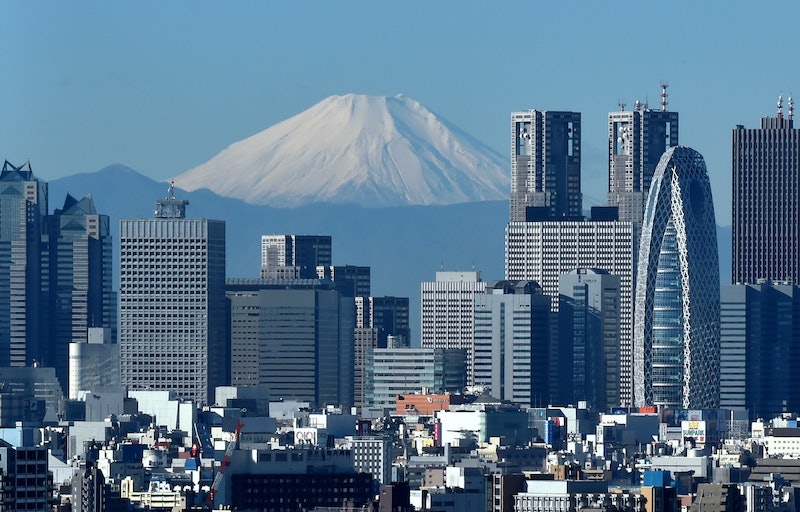 After a sizable 7.8-magnitude earthquake struck off the coast of Japan Saturday, and a 6.4-magnitude quake struck Sunday morning, seismologists are concerned about the possibility of a much larger quake to come, according to The Associated Press. Sunday's quake, originally clocked at an 8.1 magnitude on the Richter scale, was strong enough to cause buildings in Tokyo to sway, but far enough away and deep enough in the Pacific Ocean that there were no concerns about a possible tsunami, according to the Pacific Tsunami Warning Center. Thankfully, no one was killed, but 12 people were reported injured. Experts are cautioning that Japan should brace for a major earthquake because the country is entering an active quake stage and that people should prepare for the next "Big One."

On Sunday, Toshiyasu Nagao at the Earthquake Prediction Research Center at Tokai University told Agence France-Presse that before 2011, the level of seismic activity near Japan were actually considered unusually quiet. "Considering the geographic location of Japan, we can say the current activities are rather normal," he said. "We should be vigilant by knowing that it is no wonder that an earthquake sizeable enough to affect our society can occur anytime in the future." In addition to the quakes, a volcano in southern Japan erupted on Friday, which experts warned were even more evidence of increased seismic activity.

However, not everyone is convinced that the capital city of Tokyo should expect a large quake based on the recent tremors. Kazuki Koketsu, a professor at the Earthquake Research Institute at the University of Tokyo, told AFP the activity was an opportunity to prepare for a future quake. Even though the Saturday night quake was enough to rattle most of Japan, according to experts in the Japan Meteorological Agency's earthquake and volcano observations division, the chances of strong aftershocks were "slim," The Asahi Shimbun reported.

The Asian island nation is still feeling the effects of the huge 9.0-magnitude earthquake in 2011, which caused a devastating tsunami that hit the northeastern part of the country and killed more than 18,000 people. It also caused a meltdown of three reactors at the Fukushima nuclear plant, which was considered the worst nuclear disaster since the 1986 Chernobyl incident in Ukraine.

Even with all the recorded activity, according to the U.S. Geological Survey, there is still little that can be done to predict large earthquakes. Because of Japan's location, where four tectonic plates meet, 20 percent of the strongest earthquakes in the world are felt in Japan every year, according to The Guardian. But much like the quake-prone city of San Francisco, Japan has building codes meant to deter damage from earthquakes. The country is relatively well-equipped to withstand seismic hits, something its citizens should definitely take solace in.