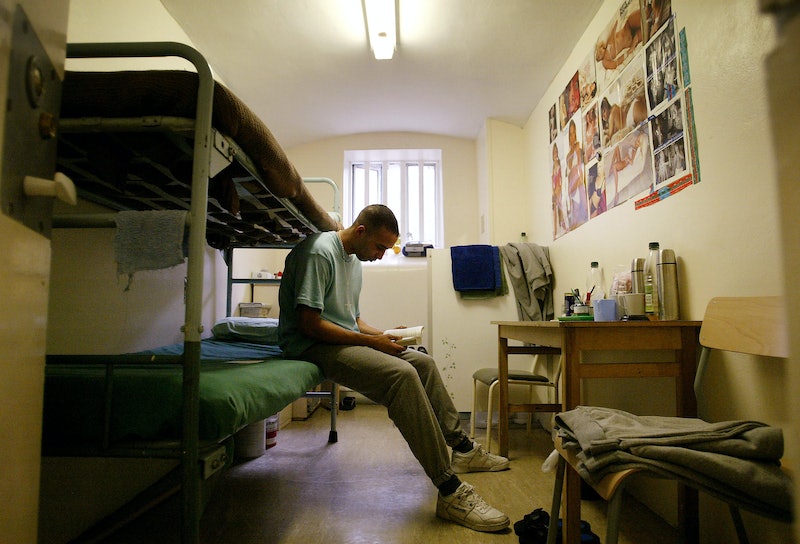 As part of my junior seminar for American Studies, my class and I took two field trips: one to city jail, and another to a Minnesota state prison. We spent the semester studying race and the law, reading everything from jargon-heavy pieces in legislative journals to essays on critical race studies. That being said, it was hard to put everything in perspective until we actually walked the halls of a medium-security prison.

Coincidentally, the next year I started interning with a small press, doing various administrative tasks like mailing review copies, proofreading press releases, and updating the contact database. One day, my supervisor gave me a stack of books to mail to a nearby prison with different instructions than usual — they had to be paperbacks, and we need to make sure that they were picked up by USPS instead of FedEx. Even after the extensive prison studies we had class, let alone the visit to an actual prison, I had no idea how hard it was to get books in the hands of prisoners.

Research on the subject led me to organizations like Books to Prisons and The Prison Book Program, who understand that books are critical to the educational, cultural, and spiritual development of any person. Prison libraries, while available, are often limited with restricted access. Often, the only way prisons can receive books are if they arrive directly for them in the mail. But the rules for getting them there, as well as what happens once inside, are extremely complicated.

Here are nine things you didn't know about book access in prisons:

Regulations About Books In Prisons Vary by Facility, Even Within the Same State

Since the U.S. holds both public and private prisons that operate on individual, state, or federal terms, no one state has consistent rules (on books or otherwise) throughout.

Books Have to Be New

Used books will be returned.

Books Shipped Directly Have to Come Almost Exclusively via Amazon

According to Books to Prisons, books sent from individuals or small bookstores will be returned, though some books can come directly from the publisher (depending on the prison).

And They Have to Be Delivered via USPS

But Amazon says that they often send packages via UPS and FedEx, claiming that there is no way for customers to request a specific shipper, and that those who want to get books shipped to a prisoner may have to go via an intermediary who can send the book out via USPS themselves.

Or, if not, the covers will be ripped off.

Kenneth Hartman, author of Mother California: A Story of Redemption Behind Bars, wrote in an article for the Huffington Post that he was limited to ten books in his cell at all times — a rule that changed within his prison from when he was first incarcerated.

And There Are Restrictions On the Content of the Books Themselves

The Federal Bureau of Prisons states that publications can only be rejected if they are found "detrimental to the security, good order, or discipline of the institution or if it might facilitate criminal activity." However, according to the Huffington Post and supported by the Prison Books Program, many correctional institutions censor books beyond those guidelines, like Staunton Correctional in Virginia, for example, which allegedly only allows "non-fiction educational or spiritual books." According to the same HuffPo article, there exists an appeals process, but it's often unsuccessful; as of 2011, in Texas, more than 85 percent of appeals for book access were denied.

The Mailroom Workers Are Often the Decision Makers

The mailroom staff in prisons across Texas maintain a statewide database of banned books. A report by the Texas Civil Rights Project shows that banned authors include everyone from William Shakespeare to George Orwell to John Updike.

If this makes you want to send a book to a prisoner, there's a lot you can do. Check out Books to Prisons and The Prison Book Program for starters, and this great list of more locally based organizations, where you might be able to identify something in your area. Everyone deserves books.