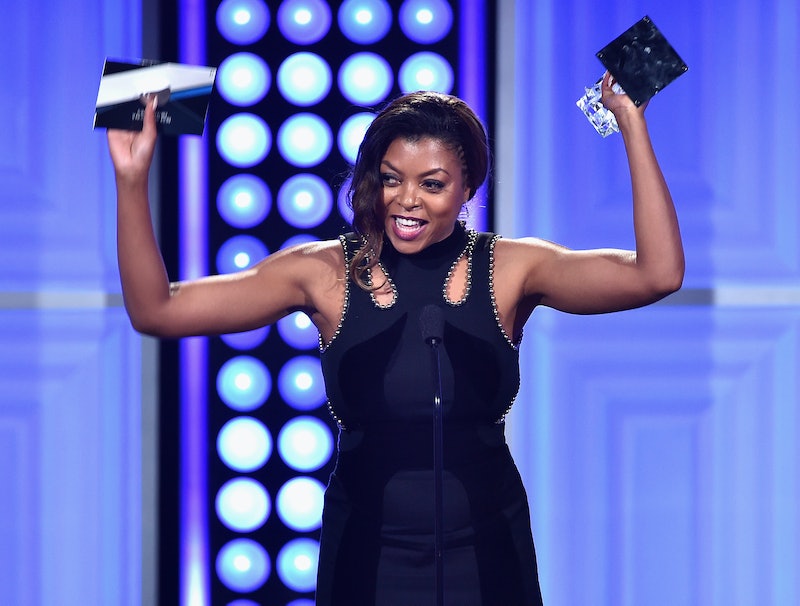 Cookie would be so proud — and she'd also be annoyed if anyone was remotely surprised. On Sunday night's telecast of the Critics' Choice TV Awards, Taraji P. Henson took home the Best Actress in a Drama Series award for her role as Cookie in Empire over other incredible actresses like Keri Russell, Viola Davis, Eva Green, Julianna Marguiles, and Vera Farmiga. But seriously, if she didn't win, can you even imagine what Cookie would have said? Henson has been working in the industry for years, and she explained during her acceptance speech that it's strange to her that people tell her she's a newbie in the game. But Cookie is now a world phenomenon and there's really no stopping her now as Empire was easily one of the most watched shows on television this season.

Now that Henson is celebrating a big win at the Critics' Choice Awards, it's highly probable that her name will be called later this year when the Emmy nominations are announced. Can she take home other awards for her memorable work as Cookie throughout the TV awards show season? There's no way anyone will be able to ignore the sheer power and strength of Cookie Lyon. And the rest of the Lyon family has ample reason to be recognized as well. It's inevitable — Empire is sure to dominate awards for the foreseeable future, and that's exactly what Cookie would expect from her talented family.