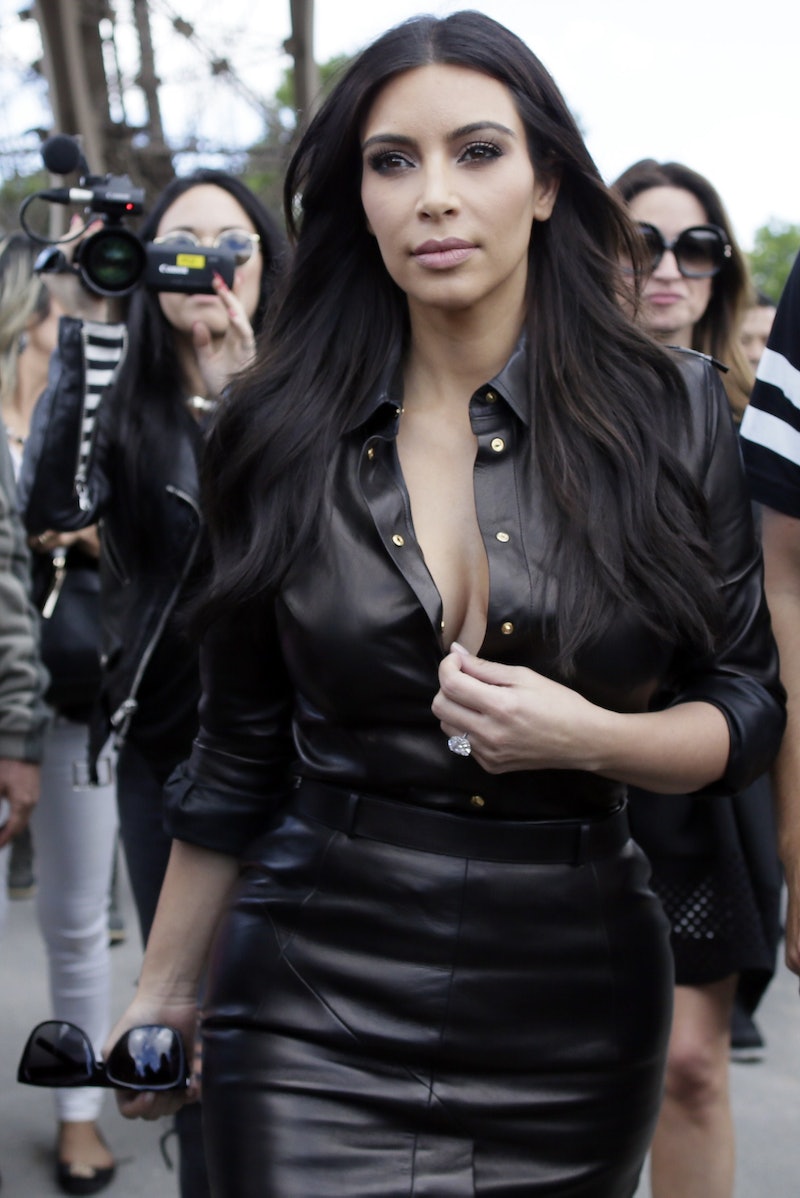 The news has broken for something that we've all suspected for a while, especially with how often Kim K spoke about wanting a family as large as her own. That's right: Kim Kardashian is pregnant with a second child, and the Internet is already going wild. Oh, sure, people are ecstatic for Kardashian and Kanye, because who doesn't love babies? (And then, of course, considering it's Kimye we're talking about, there are some people who are less than thrilled.) But the best reaction currently going on in response to the news is that pretty much everyone is busy making jokes about what Kardashian will name her second child. Currently, the leading guess is, of course, that Kardashian will name her baby South West.

Get it? Because Kardashian named her first child North West, so, naturally, the second one should be South West. South will then be followed by twins East West and West West, I imagine. No, seriously, almost everyone on the Internet is 100 percent convinced that the baby name that Kardashian will select for her second child is South West, and you'll have a hard time convincing any of them otherwise. Very few people seem to be considering any other name options. Sure, some are questioning the gender or even just acting amused about what name she and Kanye might come up with this time, but it's becoming clear that naming the baby anything but South is going to disappoint a huge chunk of the Internet. Myself included.

How long will it take for this joke to run its course? Well, that's a question everyone has to answer for themselves, but, in all honesty, there's no way everyone isn't going to take their turn to make the joke before it's retired from the Internet for good.