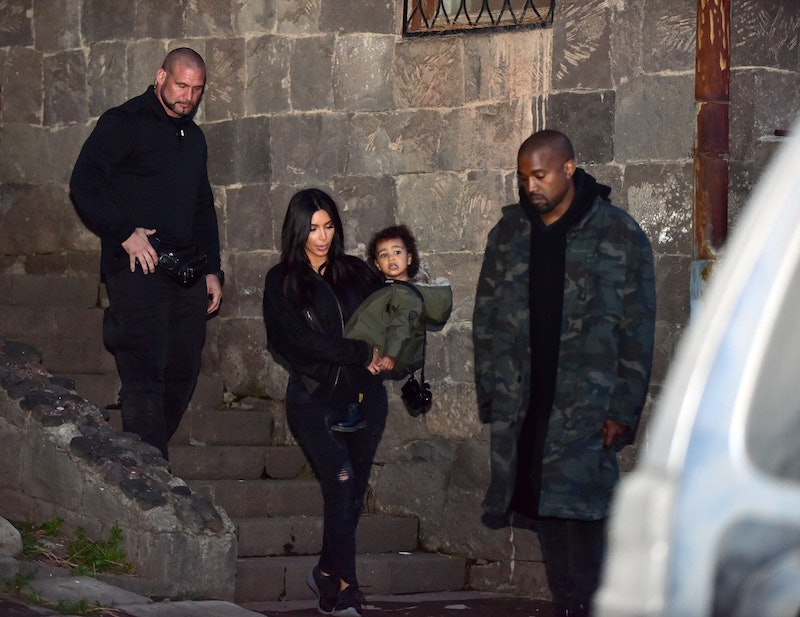 Well, I have to applaud you on your speed, Internet, if not your originality. Kim Kardashian naming her baby "South West" is the almost assuredly not-at-all-true-but-funny-to-imagine joke that the good people of Twitter can't get enough of. You guys apparently had your meme fingers ready to fire when news dropped that Kim Kardashian is pregnant with her second child with husband Kanye West, and I tip my hat to you for being prepared and ready to roll on this. What a time to be alive.

In case you need me to hold your hand on this short walk to Obvious Joke Land, Kim Kardashian and Kanye West are having a new baby. They already have one baby, whose name is North. North West. Naturally, we all have to throw ourselves into a cushy, soft bed of easy LOLs by saying that their new baby will be named "South West". Everyone caught up? Awesome. So, yeah, it's late on a Sunday night so it makes perfect sense that we're kinda going for the JV laughs. It's cool, guys. Let's take it easy on ourselves. Let's make these "South West" jokes and feel good about it. We'll try harder tomorrow.