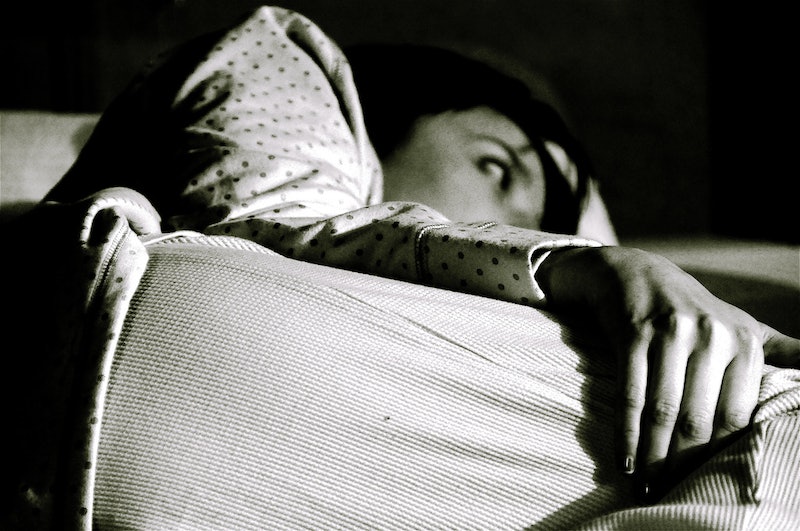 In some ways, depression looks pretty simple from the outside: Deep feelings of sadness, an inability to get out of bed, a conviction that everything is worthless. Pretty easy to figure out, right? Wrong. Depression gets into parts of your life and your head that you didn't even think could be affected. Crying in the grocery aisle because none of the carrots are the right shape? Being secretly convinced that nobody else in the world is really happy? Welcome to the weird symptoms of depression. It's both daft and, if you've got a slightly macabre sense of humor, pretty funny.

Maintaining a sense of the ridiculous about my condition is one of the ways I get through it. It's a lot easier to confront your irrational thinking if you think of it as, on one level, kind of silly. For example, one of the ways I'm coping with persistent negative self-talk in therapy is via symbolic modeling. The horrible, punishing thoughts don't come from me; they come from a snake living in my head, whom I've affectionately called Bernard, and whom I can tell to shut up whenever he's being particularly vicious. See what I mean?

I'm not making light of a serious thing. Depression is not frivolous: Up to 15 percent of seriously clinically depressed people will take their own lives. But a depressed life can give rise to some pretty blackly humorous situations, and that seems helpful. Even when things are horrible, at least life's still kind of funny.

1. You begin to believe happy people are pretending just to annoy you.

They must be faking it, right? Weirdly enough, studies have shown that people with major depression suffer huge impairments in assessing the facial expressions of others. Apparently, the condition blunts our ability to detect subtle signs on the faces of other people, particularly if they're signs of happiness. We become literally blinded to other peoples' joy.

2. The ATM doesn't work because you're a terrible person.

Self-blame is one of the most charming parts of depressive thinking. The bath overflowed? The stock markets are down? Your phone isn't working? You probably did something wrong. You are terrible, and should go out into the garden and eat worms. This also means apologizing for everything, even when it's not your fault, which seriously confuses people — or just makes them think you're English.

3. You become an expert at splitting pills with a knife, like a drug lord.

This is the strangest skill I have ever learned: I can split an antidepressant into perfect halves without shooting one half across the kitchen like a Dennis the Menace catapult. Antidepressant dosages can often take a long time to calibrate, so many depressives on medication will become peculiarly good at cutting up teeny tiny things. (Pill cutters are useless, FYI.)

4. Getting dressed becomes as impossible as doing a full split.

Bizarrely, housework can actually help depressed people. No, really — getting active, including moving the hoover up and down the stairs or reaching up to dust the mirror, has been shown to help depressive symptoms. Unfortunately, many depressive people discover that the simplest domestic tasks suddenly look utterly impossible. Get dressed? Are you insane? I just have to get undressed again!

5. Angsty pop lyrics from the '90s start to make sense.

"Full depressive period" means "avoiding Linkin Park like the plague," because otherwise the ridiculous lyrics will start to sound vaguely sensible, and that is frankly not a place in which any of us needs to live. Other things to avoid: novels about the existential dread of the human condition, memoirs about grief, documentaries about terrible things happening to innocent animals (hello, Blackfish ).

6. You become irrationally worried that you haven't won a Nobel Prize yet.

Extra marks if you go to an Ivy League university and are surrounded by people who are casually curing cancer, going to the Olympics, and volunteering with underprivileged children on the weekends, all while maintaining perfect skin. One of my colleagues is attempting to plant one billion trees worldwide using drones. On bad days, I can barely wash my clothes.

7. You become convinced that you don't deserve completely normal stuff.

If you look at the science (or just hang out with people like me), there's a pretty high correlation between perfectionists and depressive conditions. Perfectionism can be a good thing, but it's the problem of failing to be perfect — and criticizing yourself for it — that can lead to depression. For me, this involves hilariously specific self-punishment, like "You didn't do that assignment, so no biscuits for you!" (What? I really like biscuits.)

8. You wish you just had "accidentally naked at work" dreams.

Depression is such a mindf*ck when you're awake that you'd think the brain would give it a rest when you're asleep, but no. It's very common for depressed people to have seriously disturbing dreams, particularly if the depression stems from trauma. We dream three times as much as non-depressed people, and it generally isn't helpful dreaming. Raise your hand if you seem to spend most of your dreams frightened, lost, or aggressively worried about something.

9. You worry that you suck at therapy and that your therapist hates you.

It's a pretty pervasive thought among depressive people of my particular bent (perfectionist, self-persecuting) that one of the things we are "failing" is therapy. No gold stars for you, you are bad at being depressed! My therapist thinks this is both funny and very elucidating. How does one become good at therapy? Bounce away miraculously cured? No idea — but I keep wondering anyway.