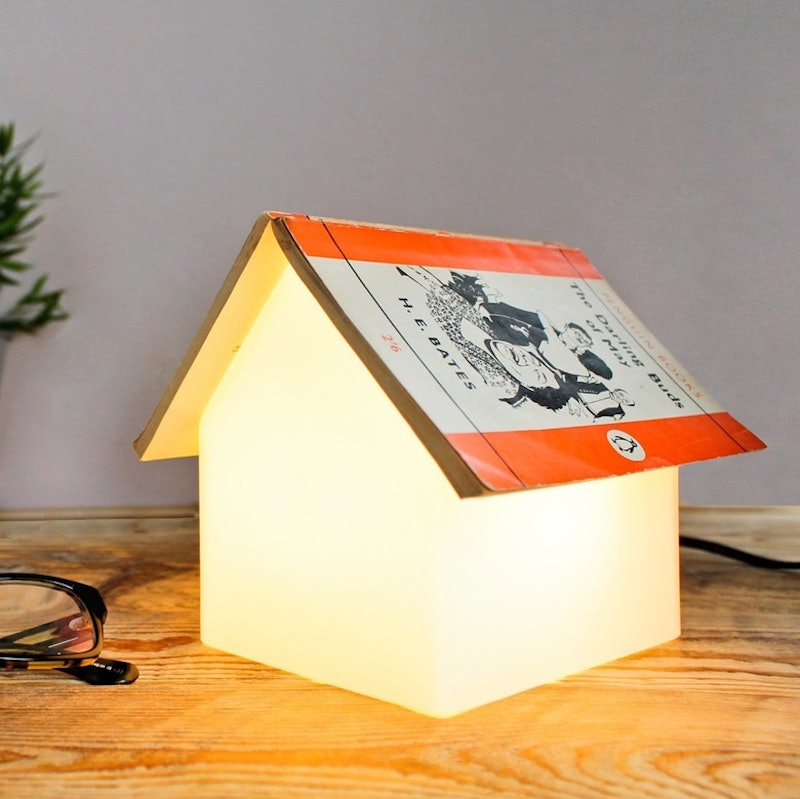 As a die-hard book lover, technology has made my reading life immeasurably easier. Before my Kindle, I'd buy 12 cheap books to lug onto 24-hour flights; now I have a hundred in easy reach, and the TSA doesn't think I'm trying to smuggle something peculiar in a bag of paperbacks. But the relationship between tech and books doesn't begin and end with e-readers and .txt files. Small additions like Amazon's Previews function (for sampling new book releases), Project Gutenberg's decision to put as many out-of-copyright books online as possible, or the digital availability of academic journals through sites like JSTOR, have all made huge changes to the way people consume and understand information. It's a good time to like words.

Nevertheless, sometimes what seems like an amazing idea doesn't really pan out as technology moves around it. The page-lighter LightWedge, despite being one of Oprah's Favorite Things years ago, has been plagued by bad reviews and surpassed by lit-from-the-inside ereaders like Kindle's Paperwhite. The silliest tech development, however, has to be the British book store Waterstone's, which announced it was launching a Waterstones Watch — which is, you guessed it, a book strapped to your wrist.

Hey, to be fair, I'd love a gadget to hold a book in front of me while I'm carrying four shopping bags. (Somebody get on that?) In the meantime, these seven awesome pieces of book-related tech will just have to do.

If you're not the kind of person to delight in bookmarks (I have dozens and never use one), consider uniting your need for saving a place with your need for a bedside light. The Book Rest Lamp from Suck is a quiet night light with a gentle glow, and its house-shaped glass outside provides a good place to rest a book at the relevant place without cracking the spine.

This is the tech for the person who reads late into the night on their computer — which is bad for sleep patterns and eyes. F.lux adjusts the color tone, or "warmth," of your computer screen to suit the ambient light and time of day, so you'll always be able to open your laptop to type a brilliant thought at 2 a.m. without scarring your retinas. It's also free. What more could you want?

If you've ever wanted to be the author of a how-to book for kids, Kindle's making it easier. Amazon has created a free textbook maker app to give budding educators an easy shot at making their e-books into slick, sleek educational material for children. Users can highlight, store bits in a "notebook" for later reference, and create flashcards to use for revision. And once it's done you can sell it directly on Kindle. Brilliant.

It's currently in beta, but if you've got ambitions to write or teach as well as read, this is the piece of tech for you.

There is, fundamentally, not much tech developers can do to improve the act of reading itself — though Paperus suggested an e-reader shaped like a pen over which writing "scrolled" two lines at a time, while the eRoll was a prototype designed to be rolled up like a newspaper. Back in 2010 Sprint announced Skiff, a "flexible" ereader, as did E Ink in 2013, but they didn't anywhere either. But we can do a lot in one area: helping visually impaired people "read" in as natural a way as possible.

Text-to-audio has existed on computers for a long time, but converting the text in a book into a spoken voice, as if you're being read a story by your grandmother, has been harder to get right. The KNFB Reader app runs over text, recognizes it, and reads it aloud.

Ereaders have tried to solve the problem of keeping your friends awake while you're reading in bed — but if you're got an honest-to-goodness book in your hand, there are other options, too. One of the most popular is the Paladone Reading Light, which uses gentle LED lighting and can be flexed over the page to restrict the amount of light that permeates the rest of the room. It also functions as a bookmark. (The Really Tiny Reading Light does much the same thing on a smaller scale; it looks like a child's toothbrush.)

If you want to integrate your book loving into your decor as much as you can, and aren't going to be driven crazy by a book that can't actually be read, this device from Rich Neeley Designs is for you. It looks like a volume of your favorite book — choices include Pride & Prejudice, Alice In Wonderland, Frankenstein and Vanity Fair — but is actually a standing charger for your iPhone. Just make sure you have another copy lying around that's actually readable.

This meets two needs: it's an on-the-go book light in the shape of a tiny notebook, and can also charge your phone. It's the product of Lumio, which has been creating book-shaped lamps beloved of hipster types in the U.S., and is due to be released in October — and because it looks like the kind of place where you scribble poems, it's unlikely to be stolen.