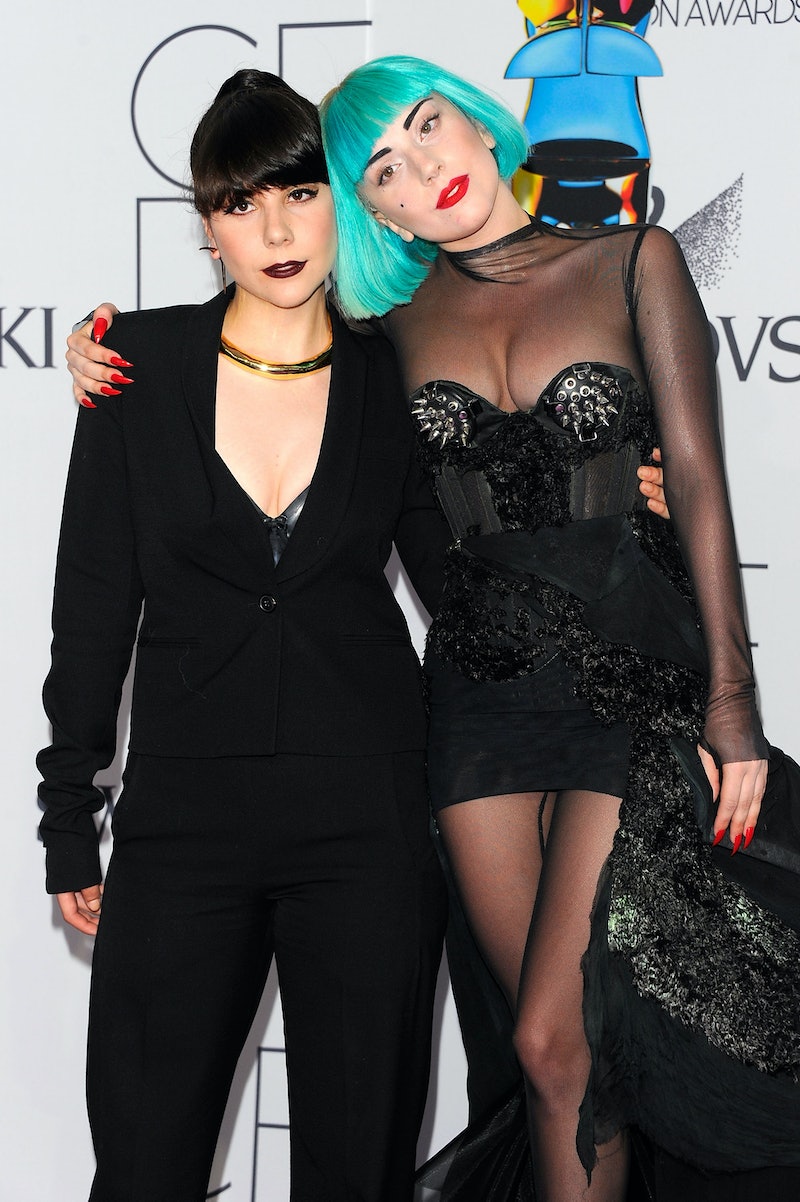 It's pretty common knowledge among Little Monsters that Lady Gaga's sister Natali Germanotta is a budding fashion designer, so it was a foregone conclusion that Gaga would eventually wear one of Nat's creations. She did just that on (the big) stage, as Lady Gaga wore pink dress with a massive bow designed by her sister, while performing "La Vie En Rose" at the Hollywood Bowl.

As evidenced by Gaga's tweet, it was one of Natali's pieces with costume designer Perry Meek. The younger Germanotta and Meek should get a boost, in terms of attention and chatter about their work, thanks to this endorsement from a fashion darling.

The core of the dress, which was a fluffy and feminine pink shade, was elegant, strapless, and of a midi length. It got the extra "oomph" from the massive, satiny bow that tied around Gaga's waist and which added another train-like layer to the dress.

Bows are Gaga's thing, although she often wears them in her hair, as opposed to on her body as an accessory.

Gaga wore this incredibly girlish dress with a cascade of thick, Old Hollywood waves. She was all wrapped up like a birthday present but it didn't look gimmicky. It just looked... Gaga.

If anyone knows what works for Gaga, it's totally her baby sis, who has been honing her craft as a fashion designer for quite some time now.

Here's a front-facing view of the dress, which is so lovely and multi-purpose. Gaga could wear this while performing, on a red carpet, or at a dinner party with fiance Taylor Kinney.

Here is the dress from more angles and in different lighting! For some reason, it's not too powder puff to me and it totally could have been.

There is something so simple about the basic construction but the dress is elevated by the bow.

So lovely when live, too!

This dress leaves me wanting to see more of Natali Germanotta's work.

More like this
Most Comfortable Underwear For Big Butts
By Audrey Williams
How Lady Gaga & Adele Are Closer To The EGOT All Of A Sudden
By Jake Viswanath
Lady Gaga Will Star In 'Joker: Folie À Deux' With Joaquin Phoenix
By Jake Viswanath
11 Graduation Guest Outfit Ideas To Wear To Someone Else’s Ceremony
By Phoebe Avison and Claire Fox
Get Even More From Bustle — Sign Up For The Newsletter