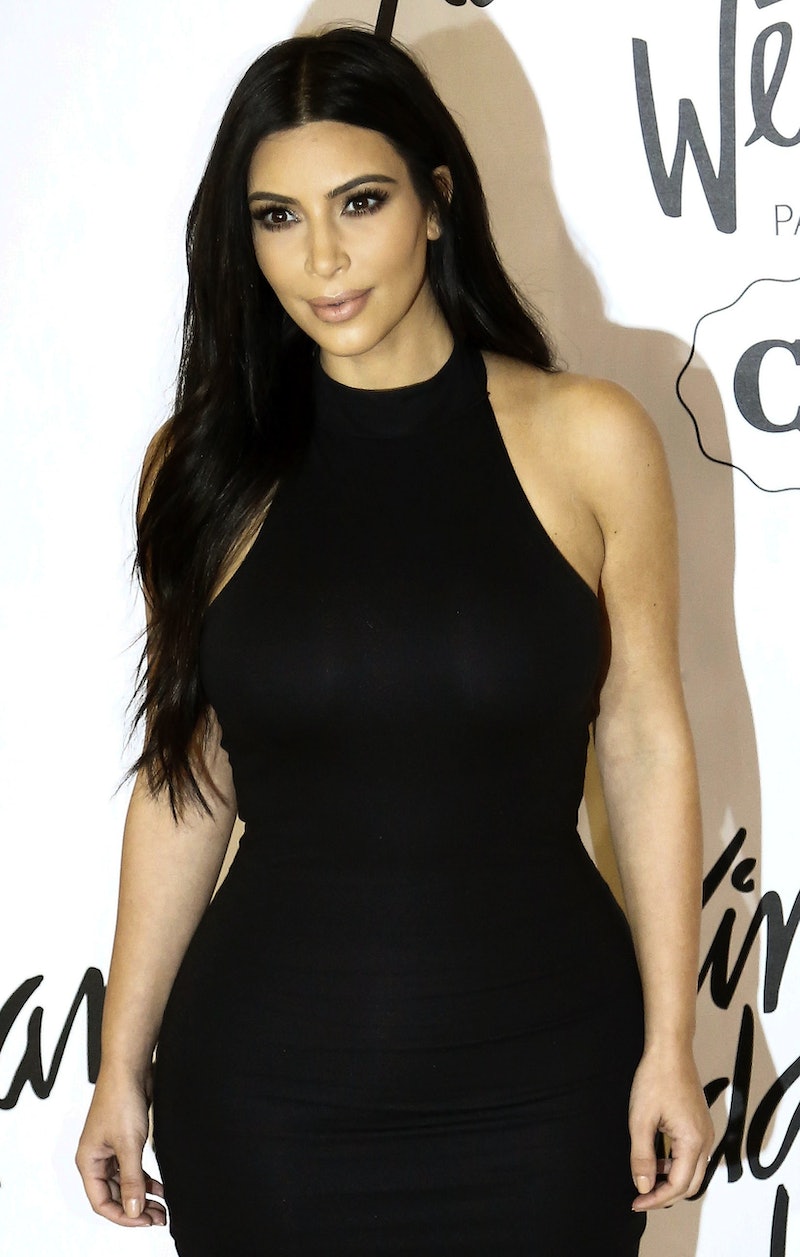 It's official: Kim Kardashian and Kanye West are about to become parents for the second time! After trying forever to give North West a sibling, Kim announced that she's expecting her second child during a clip that aired after Keeping Up With The Kardashians on Sunday night. If you've been following along, you already know that Kim and Kanye have been struggling to conceive, and in the past, doctors have told Kim that her chances of getting pregnant the old fashioned way are pretty slim. But now, it sounds like Kim has managed to beat the odds, and I couldn't be happier for her. Since having North in 2013, Kim has been an excellent mother, and there's no doubt in my mind that she'll be awesome at wrangling two little ones. And this time around, Kim's baby should definitely be a boy.

I realize she doesn't have much control over whether or not that happens, but if North ends up having a little brother, I'll be thrilled. Don't get me wrong: North with a little sister would also be adorable (and way easier for Kim, since she's had a girl before) but I'm holding out for a boy this time around. Why? There are tons of reasons that the next West should be male.

This could be their last child

Recently, Kim's admitted that her second baby will most likely have to be her last, because of issues with her placenta during her first pregnancy that caused her to have surgery earlier this year. Of course, they can adopt or use a surrogate in the future, but just in case they decide to cap it at this one, it'd be sweet if they had a girl and a boy.

It's time to switch things up, especially if the future spinoff about the lives of Kardashian babies as teenagers I'm praying for actually happens in the future.

North and Mason are adorable together

Since North is so sweet with her male cousins, I can only assume she'd be just as cute with a little brother of her own.

He could be Reign's BFF

Reign, Kourtney Kardashian and Scott Disick's latest child, and the new baby will probably be less than a year apart, so it'd be nice for them to have a buddy. In a family like the Kardashians where they all hang out together so often, I have a feeling that Kourtney's kids and Kim's kids are raised more like siblings than cousins, anyway.

Kanye would be an awesome dad to a son

Trust me — before North West, I never imagined I'd put the words "Kanye West" and "awesome dad" in the same sentence, but since his daughter was born, Kanye's like a new man. He'd probably love to have a son... as long as he doesn't inherit Kanye's gene for being obnoxious in the public eye. The world cannot handle two Kanyes.

Baby boy clothing is so cute

It's true. With how stylish North West is, can you imagine Kim dressing her little boy in bowties? It needs to happen.