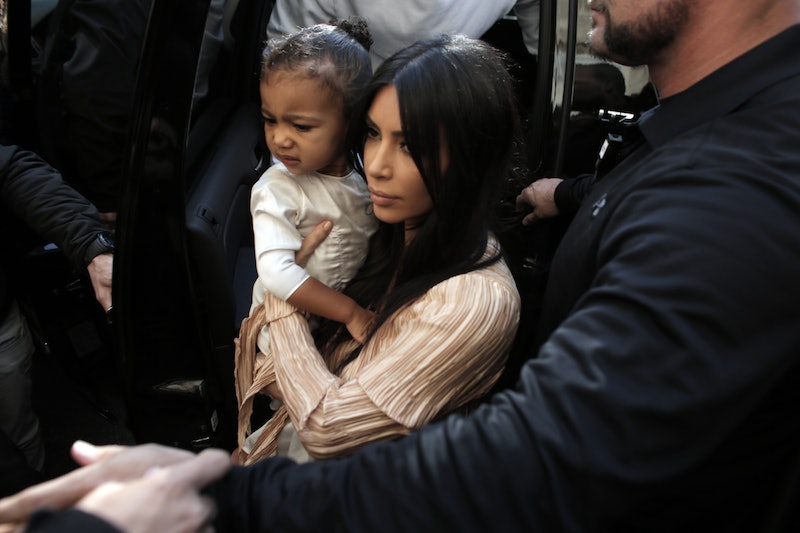 Having officially announced her second pregnancy, Kim Kardashian glows on the cover of Glamour’s July issue. I couldn’t be happier for the reality star because A) Kim and Kanye have already made one beautiful baby (North West is the cutest toddler to date in the fashion industry), so naturally I cannot wait to see the next style icon they produce and B) I was really ready for a new exciting plot point outside of those two getting it on every five seconds on Keeping Up With the Kardashians.

If I must be totally honest, I was never a huge fan of Kim K until she became a mother. Always giving credit where credit is due, I believed Kim to be a successful, intellectual business woman who had built an impressively strong empire all her own, but when it came to whether or not she was actually celeb-worthy... well, I was always teetering on the fence.

Recently, however, I've had a change of heart. Kim Kardashian, like any other woman, has had her years of being young, single, and carefree. Love her or hate her, we've only developed our opinions on Kim Kardashian because she has lived her life on camera, for our entertainment.

It wasn't until recently that we've seen Kim Kardashian (and Kanye West, for that matter) for who she really is: a caring, loving person who is beautiful inside and out. Case in point: Kim in July's Glamour.

In my opinion, a strong woman is one who goes through significant changes in her life, and grows from them. Chatting with Glamour's Alex Morris, Kim recognized her bold transformation.

"I used to enjoy the spotlight. If I had a day off from filming, I didn’t know what to do. Now I enjoy my family time so much, there is this sense of, If it all went away, and I was just a mom, I would love my life."

Prior to her marriage to Kanye and the birth of baby North, the Kim Kardashian we all heard about loved the spotlight, was addicted to the camera lens, and had drama following her everywhere she went. Now? Kim seemed humbled, as she told Glamour, "North has taught me patience."

With three reality shows currently on the air, multiple thriving fashion and beauty lines in stores, her own video game, and her book Selfish (yes, the selfie book) shelves nation-wide, Kim Kardashian may think that considering herself a role model is "a little pretentious," I give her full permission to uphold that title. It's not every day women who get their start from a leaked sex tape transform themselves into a multi-million dollar brand and at the end of the day have her many successes under her belt as she kisses her husband and child goodnight.

As far as I'm concerned, Kim Kardashian has changed for the better, and this is just the beginning.