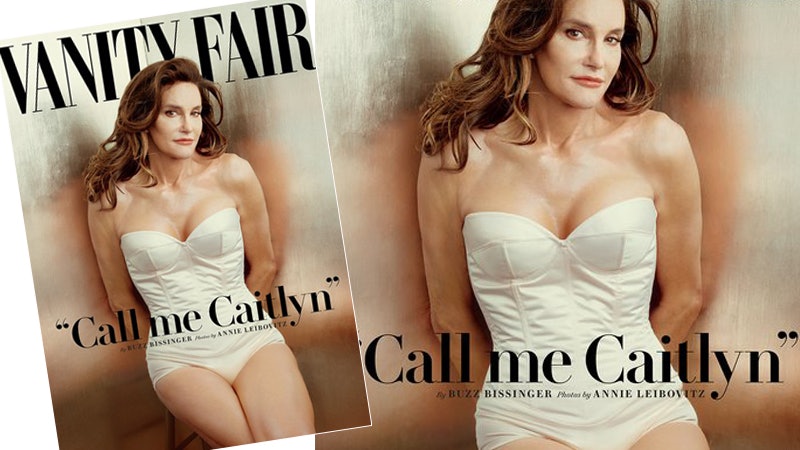 It's nice to meet you, Caitlyn Jenner. On Monday, Vanity Fair magazine showcased the person formerly known as Bruce Jenner's debut as Caitlyn Jenner on the July 2015 cover, and to say she is stunning is an understatement. The photos were all taken by famous photographer Annie Leibovitz at Jenner's Malibu home.

On Friday, rumors circulated that Jenner would appear on Vanity Fair and now we have our first look at her. In a video accompany the article, Jenner says she is finally “free.”

The reality star’s interview was conducted by Buzz Bissinger, contributing editor and author of Friday Night Lights. The Pulitzer-Prize winning author was “given unfettered access to Jenner and her family,” all while detailing “the tensions, traumas, and courage that shaped Caitlyn into the woman you see today.” Like many saw during Jenner’s Diane Sawyer interview, she told Bissinger, “If I was lying on my deathbed and I had kept this secret and never ever did anything about it, I would be lying there saying, ‘You just blew your entire life.’"

On Monday, Vanity Fair also shared behind-the-scenes footage of Jenner and her gorgeous cover shoot. As you can see in the video, she says, “The last few days in doing this shoot was about my life and who I am as a person. It’s not about the fanfare. It’s not about people cheering in the stadium.” She adds, “Bruce always had to tell a lie. He was always living that lie. Every day he always had a secret from morning til night. Caitlyn doesn’t have any secrets. As soon as the Vanity Fair cover comes out, I’m free.”

Jenner also shared her happiness on her new Twitter account by saying, “I'm so happy after such a long struggle to be living my true self. Welcome to the world Caitlyn. Can't wait for you to get to know her/me."