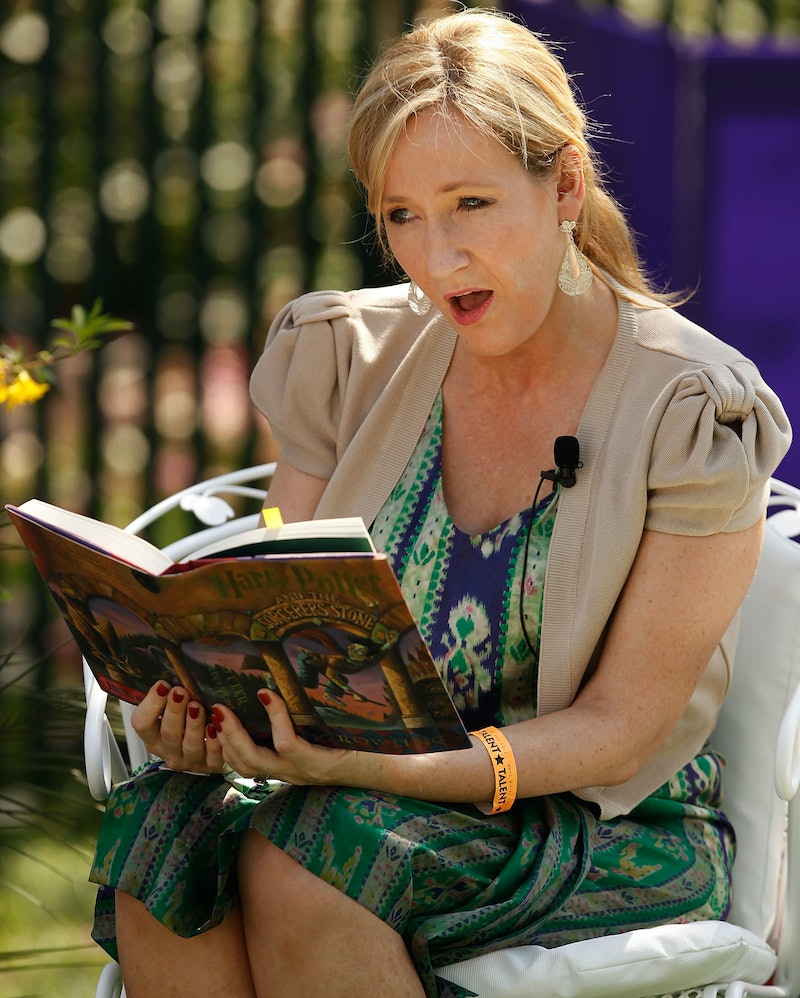 Most of the time when people compare something to crack, they mean it as a bad thing, but not this time. According to Cloud Atlas author David Mitchell, the Harry Potter and Twilight books are like "crack" in that they're getting kids hooked on reading. And, in his view, that's creating lifelong readers.

There are, bafflingly, a lot of people who like to hate on young adult books, and to bemoan the fact that young people today aren't reading Serious Literature™. But in Mitchell's view, these people are being unnecessarily bleak.

Speaking at the Hay Festival, Mitchell said, Look at how well Harry Potter sells ... Teen fiction and the Twilight books, John Green — these planetary-wide, behemoth books that just consume and are consumed by a generation. They’re my future readers. Bring it on."

He also went on to compare YA authors to drug dealers, which might not seem like the most favorable comparison, but he clearly means it as a compliment. “Authors like this are the drug-pushers who get kids addicted to crack cocaine levels of an addictive drug called reading, which has only benign side effects," he said, adding that, “It’s wonderful for the imagination."

J.K. Rowling has certainly had to deal with people saying worse things about her I suppose.

Drug analogies aside, it's so great that a big name literary author, one who's been nominated for the Booker Prize and whose works have received widespread literary acclaim, takes such a positive view of young adult literature.

There are plenty of ways in which YA isn't perfect — just look at the message some of these books send teens about romance, for instance. But on the other hand, lots of books having amazing messages for kids. Harry Potter books have been scientifically proven to make our generation more sympathetic to oppressed groups in society, for instance. And even beyond the messages kids may be getting from books like Twilight or The Hunger Games, it's still a good thing that so many kids are reading.

So, I agree with David Mitchell 100 percent that YA novels are great for getting young people to love books, and that this is definitely a good thing. Because even if YA books only represent a narrow slice of the literary world, they're an important part of making lifelong readers.

Mitchell added in his remarks, "I actually think the future for books is really pretty good.” You and me both, David Mitchell, you and me both.