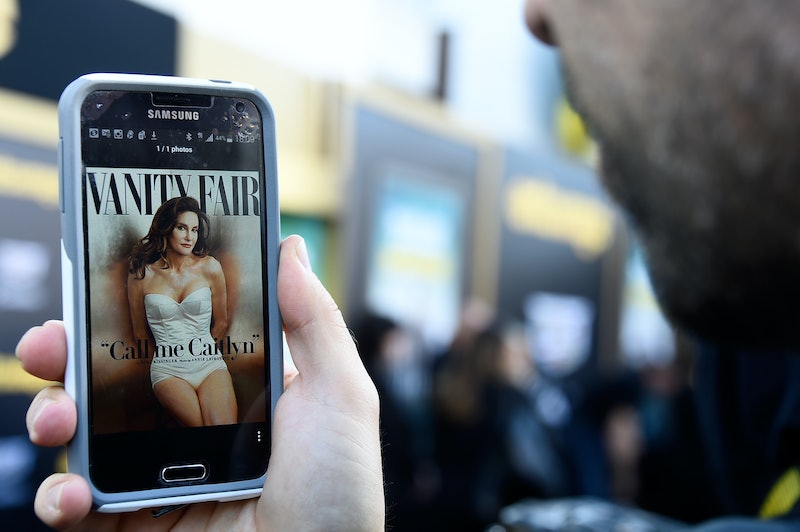 It's not often that I get a heartwarming feeling from social media of any kind, but Caitlyn Jenner just joined Twitter for the first time, and I'm so proud that I could just about burst. In case you're a moment or so behind the times, Caitlyn Jenner, formerly known as Bruce Jenner, introduced herself to the world on the cover of Vanity Fair, sharing with everyone for the first time the name she has chosen for herself to move forward in her life. And, as part of starting her new life, she just signed up for a Twitter account, something she never did before — even as every other member of the Kardashian-Jenner family was all over it.

And yes, before you call me out on this, I'm fully aware that it's super weird to judge someone's happiness level from them deciding they want to share their 140-character thoughts with a bunch of strangers, but that's the world we live in. And that's particularly true of the world that Caitlyn lives in. Because her family is so highly visible, she's had to work really hard to hide her true self from the public, and probably didn't feel like she had anything honest to share until now. This is a feeling she addresses in her Vanity Fair interview:

Bruce always had to tell a lie. He was always living that lie; every day, he always had a secret. From morning til night. Caitlyn doesn't have any secrets. [...] I'm free!

Yesssss! Now that Caitlyn feels free to live as the woman she was born to be, there's nothing holding her back from tweeting a bunch of random thoughts from inside her head like the rest of us. It's a beautiful, silly thing that most people take for granted, that freedom to post 140-characters of nothingness. Twitter is just the place to explore that freedom, so I couldn't be happier that Caitlyn has joined us.

Welcome aboard, Caitlyn. The world is excited to get to know you.