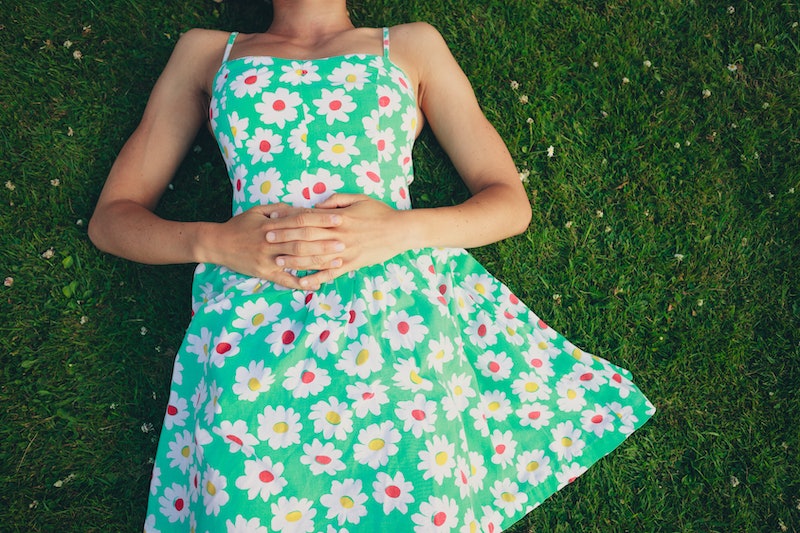 When most people think of sexual orientation, it’s likely that a few identities come to mind: gay, straight, bisexual, transgender, or queer. Maybe the acronym LGBTQ pops into your head and maybe you identify with one of those letters. But what’s often left out of the conversation about the sexuality spectrum is the absence of sexual attraction, otherwise known as asexuality.

Roughly 1 to 6 percent of people identify as asexual, which means most sex-ed courses don’t teach about it, the majority of the population likely has misconceptions about what it means (no, it's not the same thing as abstinence), it’s rarely represented in mainstream culture and many people have actually never even heard of it. The asexual (or ace) community may be small, but as representation on sites like Tumblr grows, it’s clear there’s a huge problem with false information. The lack of accurate facts not only means the identities of the asexual community are largely ignored, but it can also result in hurtful assumptions and negligent language from the outside population. And what do we say to hurtful assumptions and negligent language? YOU SHALL NOT PASS.

So here are 10 things you should know about asexuality that will make everyone’s life a little bit easier.

1. What exactly is asexuality?

Let’s get one thing out of the way. When it comes to sex, almost nothing is unnatural. Unless a sexual act is causing you pain or discomfort, it’s likely that what you are attracted to, what you aren’t attracted to, or what does/doesn’t get you off is perfectly normal, says Psychology Today. Same goes for asexuality. Rather than assuming that this person has a low libido that needs to fixed, or that something must have happened to them that resulted in asexuality as a symptom, it’s important to understand that while it’s natural to want to have sex, it’s also natural to not want sex.

That means that not every asexual person will match your definition of asexuality, and this does not discredit their identity as an asexual. Some asexual people have absolutely no interest in the act of sex, while others enjoy the act but don’t feel preliminary attraction. If a person who identifies as asexual tells you about what great sex they had with their partner last night, don’t respond by saying “But I thought you were asexual!” and instead understand that all forms of sexuality and lack thereof are layered and nuanced.

4. Asexual people are in relationships too!

Whether that relationship involves sex or not, asexual people can be in romantic partnerships. Like any and all, these partnerships require communication, dialogue and understanding and can be between two asexual people, an asexual person and a queer person or any other combination of people who get along, care for each other, and are open to the many facets of the human experience.

*Gasp* I know, I know. This goes against everything you were ever taught by mainstream media and the general universe. To set the record straight, no sexual orientation or identity is all about what you do and don’t do in the bedroom. Rather than making your first question, “So you just never have sex?” it’s important to note that having a low-libido and being asexual are not the same thing. Try to understand a person’s identity as just that—an identity: the fact of being who or what a person is. Not what they do, not who they have sex or don’t have sex with and why.

6. Asexuality is not a choice, unlike abstinence or celibacy

An asexual person not engaging in sex is not a decision based on morals or religious beliefs. In the same way that any identity or sexual orientation is not a choice, neither is asexuality.

7. Insisting that an asexual person needs to “try” sex in order to understand it is harmful

Think about it as similar to telling a gay man that he needs to try having sex with a woman before shutting out the idea; Telling an asexual person that they need to have sex at all is also ridiculous. If a person says they are not interested, trust that they have the autonomy to make this decision for themselves.

8. Understanding asexuality is being sex-positive

Being open to the complexities of sex is an act of sex-positivity and if you consider yourself a sex-pos babe, get on the asexuality-acceptance train or get out. In an interview on jezebel.com, the speaker states:

“We’re not speaking up and demanding validation for the right to just not have sex. It's so much more complex than that because asexual rights are no less varied or complex than gay ones. They're just on different issues sometimes. There are many people who are asexual who are speaking out for it to be okay to be sex neutral and sex repulsed and see that as a part of sex positivity.”

9. If you’re still confused, go read about it here

10. Please, don’t make jokes about how nice it must be to not have sex

More like this
12 Active Date Ideas That'll Get You & Your Boo Outside
By Lexi Inks
TikTok's Voluntary Celibacy Trend Has Sparked A Movement
By Lexi Inks
50 Valentine’s Day Instagram Captions To Post If You’re Single
By Jessica Booth, Lexi Inks and Carolyn Steber
30 Sweet Valentine's Day Caption Ideas For Long-Distance Relationships
By Syeda Khaula Saad and Carolyn Steber
Get Even More From Bustle — Sign Up For The Newsletter
From hair trends to relationship advice, our daily newsletter has everything you need to sound like a person who’s on TikTok, even if you aren’t.