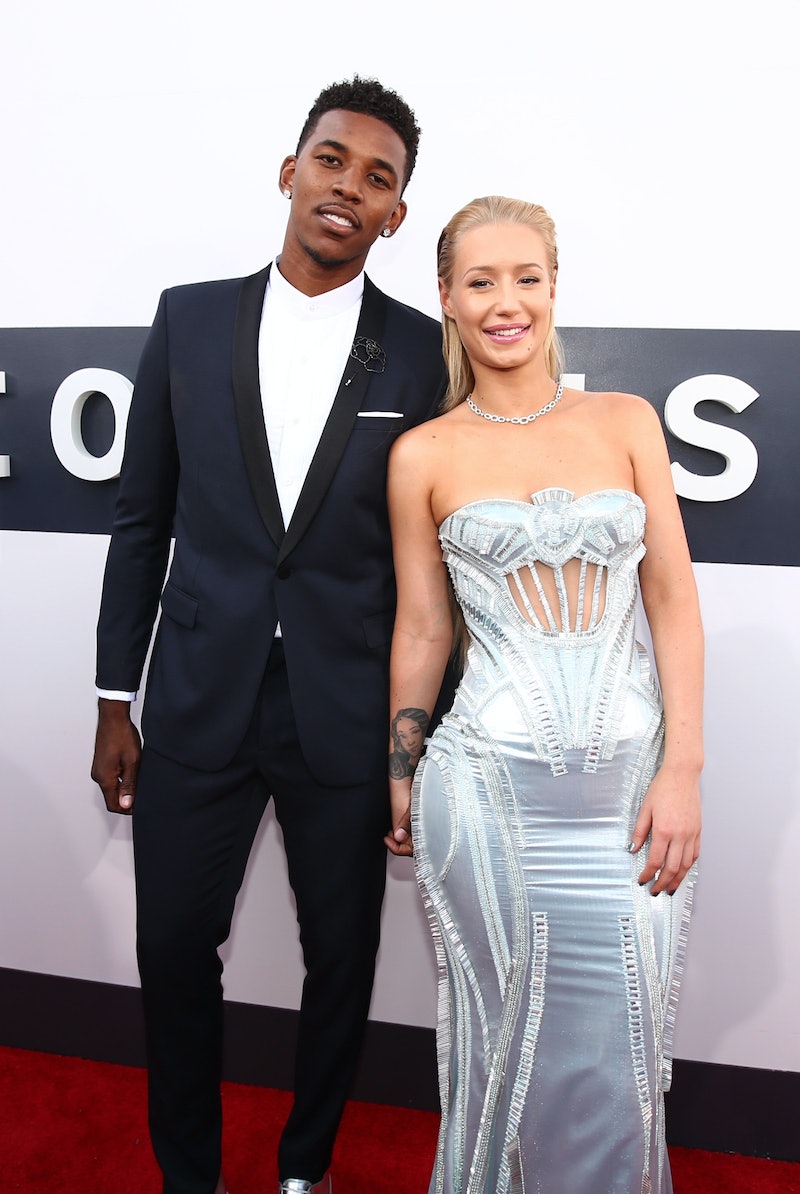 Now that's a good way to celebrate your birthday! Iggy Azalea and Nick Young got engaged Monday night after the basketball player popped the question during his 30th birthday bash. Thankfully, the sweet proposal was caught on video and posted to Twitter so we can all enjoy the amazing moment I-G-G-Y said yes.

The b-day celebration was at a pop-up outdoor carnival, which explains why Azalea is seen looking very Britney-esque with a hot pink cowboy hat. In the video, Swaggy P is already on one knee holding a very large black box in which I'm assuming there's a very large rock. (Confirmed, Iggy now has fancy rock.) Grinning from ear to ear, Young asks, "Will you marry me!" A shocked and laughing Azalea responds, "Yes!" before reaching in for the ring. You can then hear friends cheer and clap for the happy couple before the camera pans away.

Azalea and Young have been dating for about a year and a half, and fans just loved how rap and basketball royalty came together perfectly in the beautiful pair. The two have been pretty open with sharing details of their courtship to the public. Iggy even told TMZ their first date was at Target. Now that's real love.

The engagement shouldn't be too much of a surprise though because Young hinted to People magazine that something big was coming. On Saturday, he told People he had a surprise planned for his Australian girlfriend's June 7 birthday. (Turns out the real surprise came during his own!) He also said a wedding was for certain but didn't dish on specifics.

Azalea later posted photos of her new engagement ring on Instagram, and it is beautiful. The huge "Fancy Intense Yellow" diamond, along with all those other little white diamonds, is worth an estimated $500,000. Wow.

More like this
Everything To Know About Taylor Swift’s 10th Studio Album, 'Midnights'
By Grace Wehniainen and Jake Viswanath
Kesha Is Down To Be The Next Bachelorette
By Jake Viswanath
Beyoncé’s Special Tribute To Sister Solange Was Both Touching & Hilarious
By Stephanie Topacio Long
How Ghosts Inspired Kesha’s New Music
By Jake Viswanath
Get Even More From Bustle — Sign Up For The Newsletter