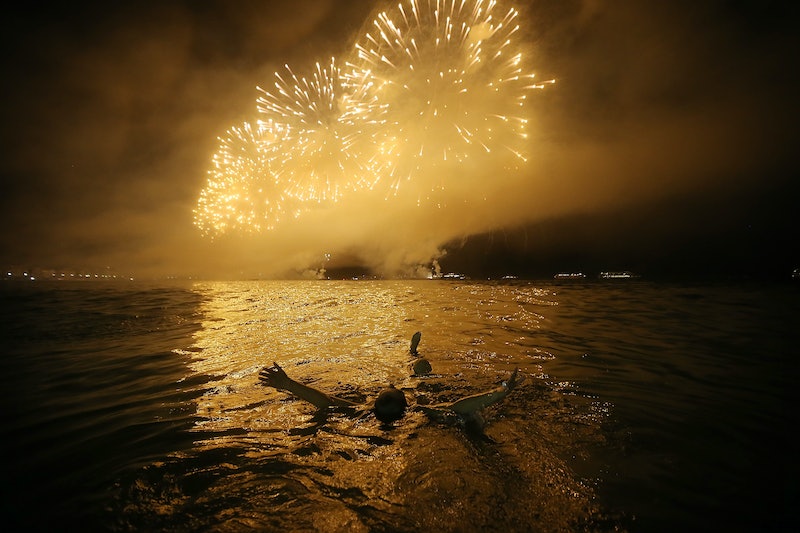 Here's a puzzler for you: what are you going to do with your body once you've kicked the bucket, shuffled off the mortal coil, run down the curtain and joined the choir invisible? Chances are that you haven't given it much thought — mid-twenties people tend to have other worries, like coping with adult acne or choosing the right filter on Instagram — or, if you have, it's an idle contemplation about scattering your ashes somewhere suitably poetic. But what you should do with your body after you die is a serious consideration — and those who will soon be pushing up the daisies have more choice than ever before about how to dispose of their earthly remains.

Most humans these days still seem to opt for the two old faithfuls: burial in a coffin or cremation. Cremation is actually gaining market share; even though it was once condemned by Christians as pagan and heretical; it now occurs for 44 percent of U.S. deaths and 65 percent in Canada. Hinduism, Sikhism, and Buddhism all advocate for cremation as the holiest option for the dead, and in Japan it's the choice of 99.8 percent of the populace, including the royal family. Couple the religious aspect with the fact that we're running out of burial space worldwide, and it looks like cremation and other space-efficient methods of disposal are the future.

My own interest in this dates back to reading Mary Roach's superb Stiff: The Curious Life Of Human Cadavers , which I unwisely devoured on a rocky plane trip. I think I'll donate my (hopefully healthy, if wizened) body to science — even though Roach points out that may mean being used for training plastic surgeons as much as it may mean being used for Nobel Prize-winning research. (Hey, at least a housewife in the OC can thank my death for her new nose.)

Here are 12 options for those of you with less certainty — some more disgusting than others.

Option #1: Be Frozen By Nitrogen And Made Into Fertilizer

A process widely publicized by Stiff and a viral WIRED article, promession, as it's termed by the inventors, Swedish company Promessa, is a pretty simple process. A body is immersed in liquid nitrogen, freezing it cryogenically, then broken into tiny pieces by vibration, freeze-dried, and buried. In case you're wondering why, the resulting powder is actually a great fertilizer, an organic compost produced with the minimum of environmental fallout. As the WIRED article pointed out, however, no Promessa burials have yet taken place — so this is one is still in the works for now.

Option #2: Donate Yourself To Science

If you want to donate your body to the cause of human advancement, the University of Florida maintains a U.S.-wide database of body donation programs, so you can pick the closest one. There are specifics, however: you can bequeath your body to a medical school (if you're also an organ donor, they'll get what's left), or join a whole body donation organization like ScienceCare which will pick a destination for you. The wish must be made before your death, written down, and witnessed. Here's another plus: there are no funeral costs. Completely free.

Sky burial is also known as "jhator," or giving alms to the birds, and is practiced in Tibet and parts of Mongolia. It's fairly simple: it involves leaving a body in the open air to be exposed to the elements so that birds — you guessed it — can feed on the flesh. However, the body is dismantled first to help the birds eat it, so don't get too many poetic notions.

This is, like several of the other ideas on this list, contingent on you deciding to cremate your body and keep the ashes. Memorial swirl paperweights went viral earlier in 2015, and the concept is pretty basic: embedding ash into glass creations so that your human remains look like sparkles in a tiny glass galaxy. Which is then used to hold down unwanted letters.

Option #5: Get Shot Into Space

Another ashes option, Celestis is a program which attaches ashes of interested parties (including several astronauts) to space shuttles, literally launching them into the stratosphere. The ashes can go for a little jaunt up into space and back again, or be shot out never to return, as far as deep space (at a cost of $12,500).

The bodies in Body Worlds exhibitions showing off the interior musculature of the human body aren't made out of wax, you know: They're real people who've undergone plastination after death. The man who invented the process, Gunther von Hagens, set up his own institute in 1993 devoted purely to creating exhibits using donated bodies. Plastination involves infusing a body or its component parts with plastic by saturating it repeatedly with silicon, then putting it in a vacuum and sucking the silicon out. And presto, you're preserved for eternity.

If you would still like to be buried, there are ways of making your body more environmentally friendly after death. Green, easily biodegradable coffins are increasingly popular, but the Infinity Burial Project takes it a step further: it clothes the corpse in a suit that will increase its biodegradability — because it's embedded heavily with mushroom spores. The Burial Project also has a Decompiculture Society, which embraces the organic process of bodily decomposition as a natural process and a seriously good thing. Mushrooms for everybody!

Option #8: Get Pressed Into A Record

If your loved one was an absolutely vinyl freak, then surely the best way to preserve their memory is to press their ashes into a copy of their favorite record. It's a service offered by And Vinyly, who get extra points purely for the terrible pun, and they also offer a self-soundtrack service, where the ashes are pressed into a blank record to create their own peculiar, fuzzy soundtrack for mourners.

Various services now offer the equivalent of going out with a bang (sorry) for cremated remains. Companies like Heavens Above Fireworks incorporate parts of ashes into the "cakes" of large-scale fireworks to be made into farewell displays; ashes themselves don't have any explosive power, but can be easily mixed into professional fireworks for a multicolor celebration.

Option #10: Get Turned Into A Diamond

Get cremated, get your ashes to LifeGem, and have them compressed into a diamond you never would have been able to afford in life. It's pretty basic science involving high pressure on the carbon contained in the remains, but it's not cheap: its smallest sparkler is currently $2,490. May as well live, really.

If you're a serious nature-lover with a particular love for the big blue sea, this may be the option for you — particularly considering the dangers facing coral reefs around the world. The Eternal Reefs project takes ashes (yes, again) and make them into an environmentally friendly concrete-cast "reef" on which coral can grow underwater. They use Reef Balls, which are basic artificial reef structures, mixed with ashes — and if you're lucky, in a few years you'll be covered in wavy fronds and fish re-enacting Finding Nemo.

First of all, no, Walt Disney was not cryogenically frozen. He was cremated and the myth appears to have come from nowhere in particular. Others, however, have chosen the route he didn't: the Cryonics Institute does something called cryopreservation, which I'll let them explain: "cooling legally-dead people to liquid nitrogen temperature where physical decay essentially stops, in the hope that future technologically advanced scientific procedures will someday be able to revive them and restore them to youth and good health."

So, basically, you're a popsicle until somebody cures your ailment and/or death. It's a one-off fee of $28,000 at death, if you like the idea of waking up in a world where nobody knows who Britney Spears is.