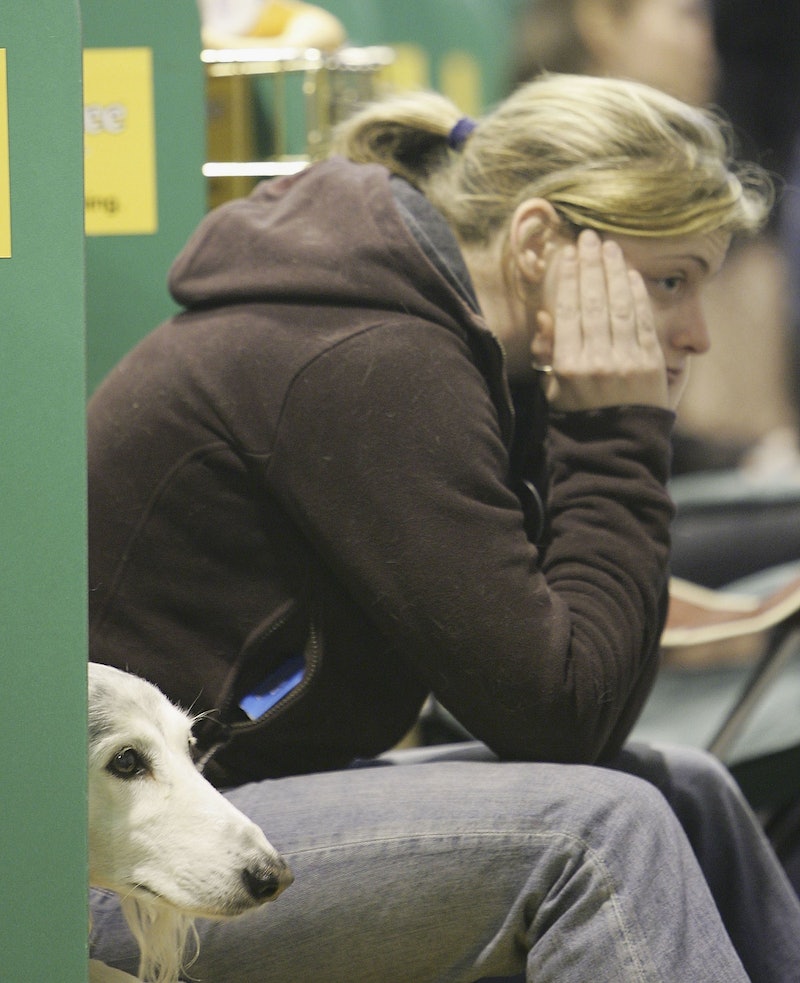 Because depression wasn't stressful enough: A new study, published Tuesday in the journal Molecular Psychology, indicated that severe depression speeds up the aging process in cells, which can physically age a person. The researchers looked at 2,407 subjects, almost 2,000 of whom have or have had severe depression, and 501 others who had never suffered from the condition. Those who had the longest and most severe depressive episodes also had the shortest telomere length in their cells.

It's long been thought that telomeres, little bits that cap the body's x-shaped chromosomes like a plastic tip on a shoelace, have a lot to do with aging: When a cell divides, the telomeres get shorter. When they get too short, the cell can't divide, and it dies — and our bodies age.

The medical community isn't sure whether short telomeres signify aging, or whether they speed up the process. But this new research indicates that the mental toll of depression is physically reflected in the length of one's telomeres: The most chronically depressed among the study's subjects had the shortest telomeres, even when the researchers controlled for other lifestyle factors that could impact telomere length.

"This large-scale study provides convincing evidence that depression is associated with several years of biological aging, especially among those with the most severe and chronic symptoms," wrote the study's lead authors.

Depression and chronic stress have also been found in past studies to shrink the brain by blocking new synapse formations, ie. the links between brain cells. With no links to fire signals across, the brain has trouble functioning and handling emotion.

Jesus. Anyone else now stressed about being stressed?