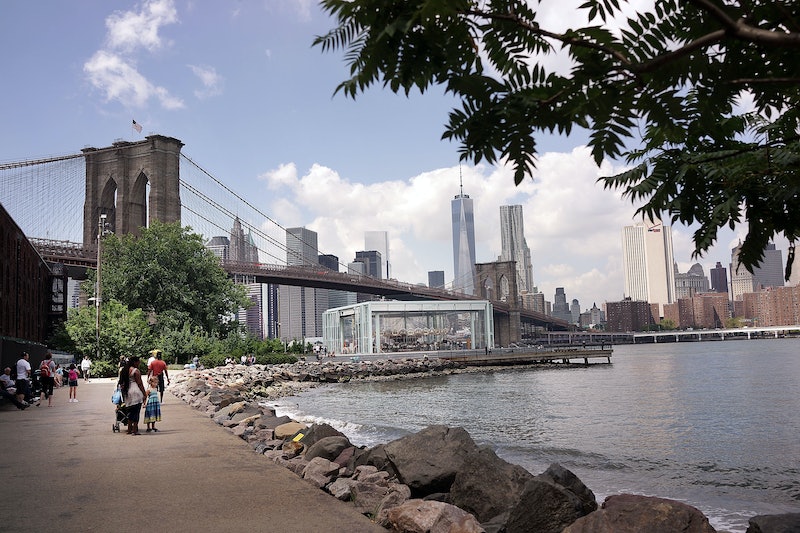 If you're looking to start a business, you may want to move to the city that never sleeps. New research from CrunchBase found that Brooklyn is home to the most women-led startups, making it the number one stomping ground for female entrepreneurs. The company analyzed how many startups that received funding between 2009 and 2014 had at least one woman founder; Brooklyn, it turned out, came in at number one, with 28 percent of these startup founders being women. To get an idea of how this compares to other places in the U.S., the national average is a mere 15 percent. Even greater New York City had a significantly lower score, as women compromised only 21 percent of founders.

Fortune notes that the startup culture in Brooklyn is booming, with big players like Etsy and Kickstarter calling this borough of New York home. In February, Business Insider rounded up some of the most successful startups in Brooklyn, with Daniela Perdomo of GoTenna and Nancy Kruger Cohen of Mouth being just a few of the many successful startups in the area. Furthermore, the Downtown Brooklyn Partnership found that 500 successful startups they identified had created over 23,000 jobs and boosted Brooklyn's GDP by over $3 billion.

If you're wondering why female entrepreneurs are calling Brooklyn home, it's likely that the economic possibility and its close-knit community appeal have drawn them in. Tucker Reed, President of the Downtown Brooklyn Partnership, says that a few years ago, Brooklyn's commercial real estate prices were low and vacancies were high, which had great appeal to startup founders. "Brooklyn has attracted a creative class that is fueling the growth of these companies because this is where people want to live,” Reed told Fortune.

Of course, these sorts of reasons can apply to both men and women, so what makes Brooklyn a magnet for women-led startups? To start, the good old boys club isn't in existence, since large corporations aren't running the game. “There is no sense here of an old boys network that you feel excluded from,” says entrepreneur Lexy Funk told Fortune. Gauri Nanda, a co-founder of Toymail, commented on this too, pointing to the difference in the cultural climate in Brooklyn compared to other startup cities like Silicon Valley. “The culture is really in its nascent stages, so there is an opportunity to be a part of that, and the tech community is small and very supportive, and doesn’t feel competitive," she said.

Besides the cultural influences, women may just be drawn to Brooklyn because, well, it's Brooklyn. Charles Torres, a partner of Lowenstein Sandler who works with female startup founders, feels that this may just be a coincidence of Brooklyn being a popular spot for young women and entrepreneurship becoming a more sought-after career path. “I’m not sure if it is anything different for women in Brooklyn, but it is a nascent market that is very open, and women are increasingly seeing becoming a founder as a great career path," he said.

Unfortunately, female startup founders who want to get in the game in Brooklyn now are going to face a lot of challenges, since commercial real estate vacancies are currently only at three percent. Brooklyn is also becoming very pricey, as Brooklyn's rent rates climbed over five percent in the last year, setting a new record high for rent pricing in this town. So, I'm guessing with numbers like these we may be seeing another city soon become home to women-led startups, but only time will tell.