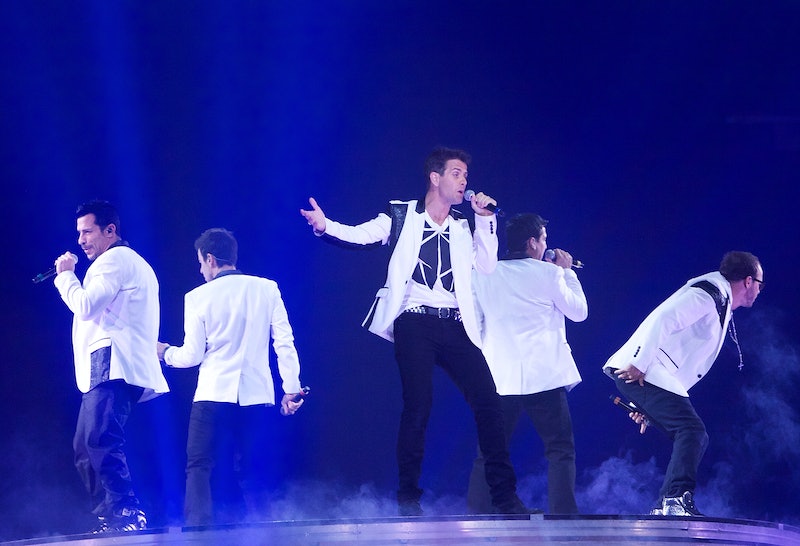 Is this 1984 or 2003? Since this story revolves around New Kids on the Block and reality television centered around them, so our instinct says it's both. Rock the Boat: New Kids On the Block is the new NKOTB reality show in the works and will involve a literal boat — here's what the Deadline synopsis says more specifically:

Obsessed fans take the vacation of a lifetime when they board a cruise for a week-long party on the high-seas with America’s favorite bands. The first group to headline this all-new series franchise is New Kids on the Block (NKOTB), one of the hottest bands in music history.

The new show is coming out of TVGN's partnership with Lionsgate for several new unscripted projects. We'd also posit it's coming out of the band members of New Kids on the Block's complete inability to let their heyday go, as they've spent the past six years doing things like going on tours with fellow erstwhile boy bands and recording new music.