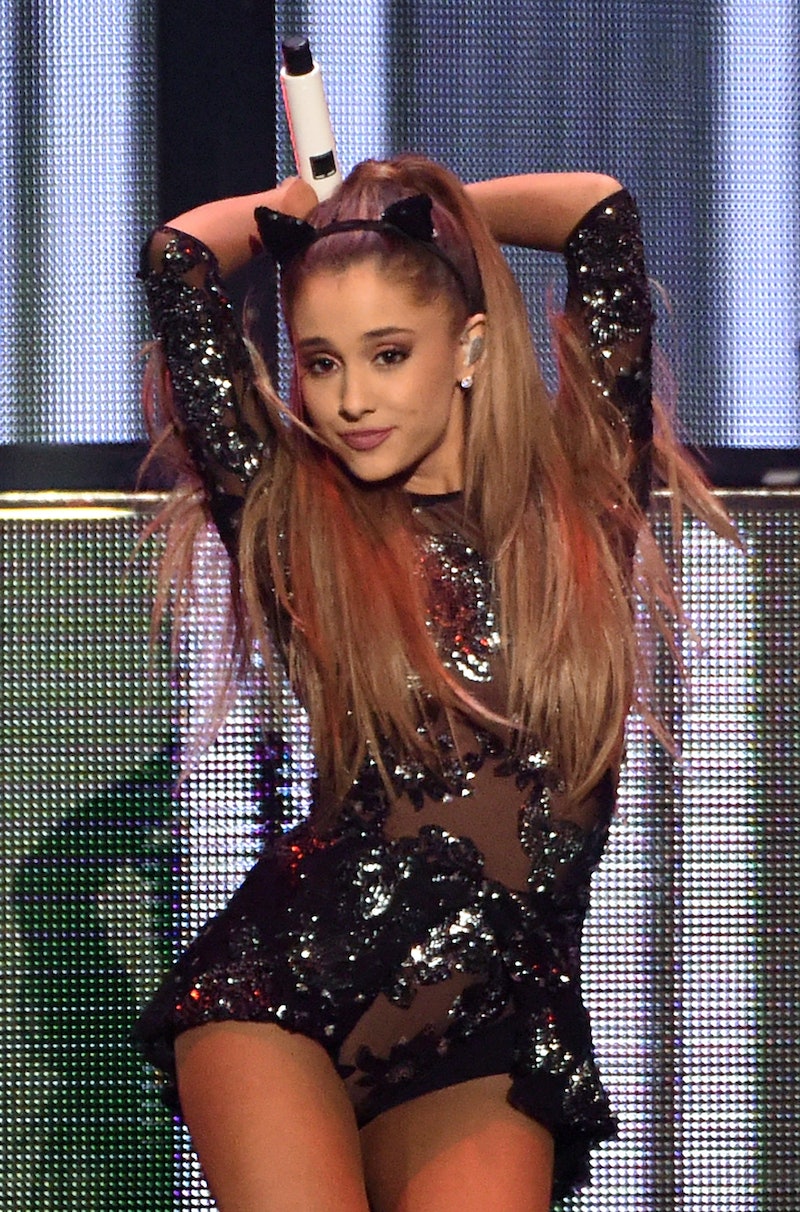 If you're a true Harry Potter fan, then that means you know all of the celebrities who consider themselves Potterheads, too. For example, Ariana Grande loves Harry Potter so much that she named her dog Sirius — yes, after Sirius Black. As for which house she'd be sorted into? Per Pottermore, Grande is a Slytherin, but Tom Felton (aka Draco Malfoy) disagrees and thinks she's more Gryffindor. But not only does the singer love Harry Potter, it seems the cast loves her, too. On Monday, Matthew Lewis and Evanna Lynch chilled with Grande after seeing her perform in London. For those non-Muggles out there, Lewis played Neville Longbottom, whereas Lynch played Luna Lovegood.

Lewis, Lynch, and Grande shared photos on Instagram of their encounter. As you can imagine, the pictures are beyond glorious. Sadly, it seems Grande removed her photo with Lewis, Lynch, her dog Sirius, and her brother Franke J. Grande. Before the photo disappeared, someone managed to screengrab the pic and caption, which read, "neville, luna and sirius all in one photo. @msevylynch told me i'm the sweetest Slytherin she's ever met. thank you @msevylynch @realmattdavelewis for coming to my show and making my night!!! i adore y'all."

Basically, Lewis and Lynch fed Grande's Harry Potter obsession, and she's beyond thrilled. It seems Neville and Luna were both also happy to meet the pop star. Not only did Lewis say Grande "killed" her performance, but Lynch called her a "glorious sassy shining star." Um, do we have a new Harry Potter trio on our hands? Should Ron, Harry, and Hermione be concerned? Whatever the case, whenever Harry Potter stars hang out, I'm so happy I could drink a Butterbeer.