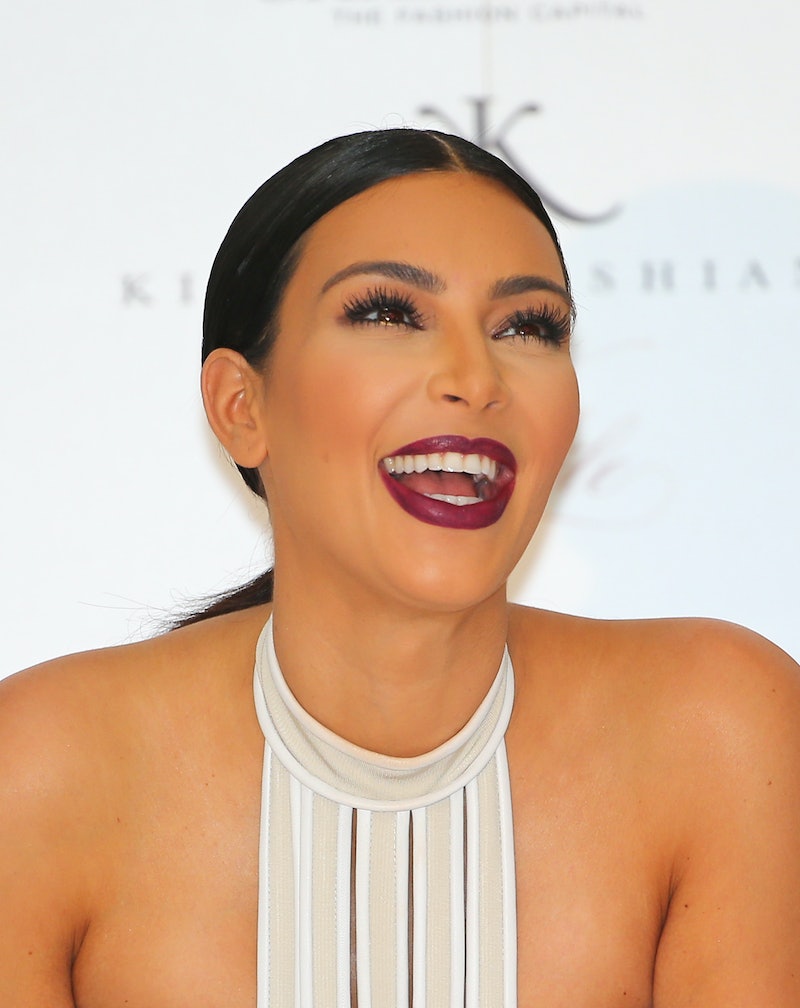 Is Kim Kardashian freaking out on Twitter? Based on some very interesting tweets by Kim Kardashian on Tuesday, it seems the Keeping Up With the Kardashians star is either totally losing it or is releasing all kinds of emotions and thoughts she's been holding in before announcing she and Kanye West are expecting with their second child. Whatever the case, Kardashian's providing all kinds of entertainment for her followers, and apparently, just getting a lot of things off of her chest.

Her crazy tweets started early Tuesday morning, after Kardashian revealed she's soooooo sick on "all levels!" I mean, she "can't deal" she's so sick. Later on, Kiki started talking about her new website, which is basically going to be a place for her to shut down rumors, liars, and all the "lames" who think they're cool enough to spread false reports. If you didn't know, "Pregnant Kiki does not play!!!! *BLOOP!*" Yes, that's an exact tweet Kardashian posted.

If you're a follower of the 34-year-old and are concerned for her, guess what? Twitter is too, because according to Kimmy, the company contacted her to see if she was hacked. If that isn't proof she's acting out of the ordinary, then I don't know what is.

Now, let's take a moment to bask in the fabulousness that are Kim Kardashian's crazy pregnancy tweets.

Here She Talks About Being Sick

Here's Where She Calls Herself "Pregnant Kiki"

Here Are Her Responses To Followers

Here's Where She's Being #JustPregnantKeeks

Thank you, Kim, for taking up part of my day with your pregnancy brain tweets.