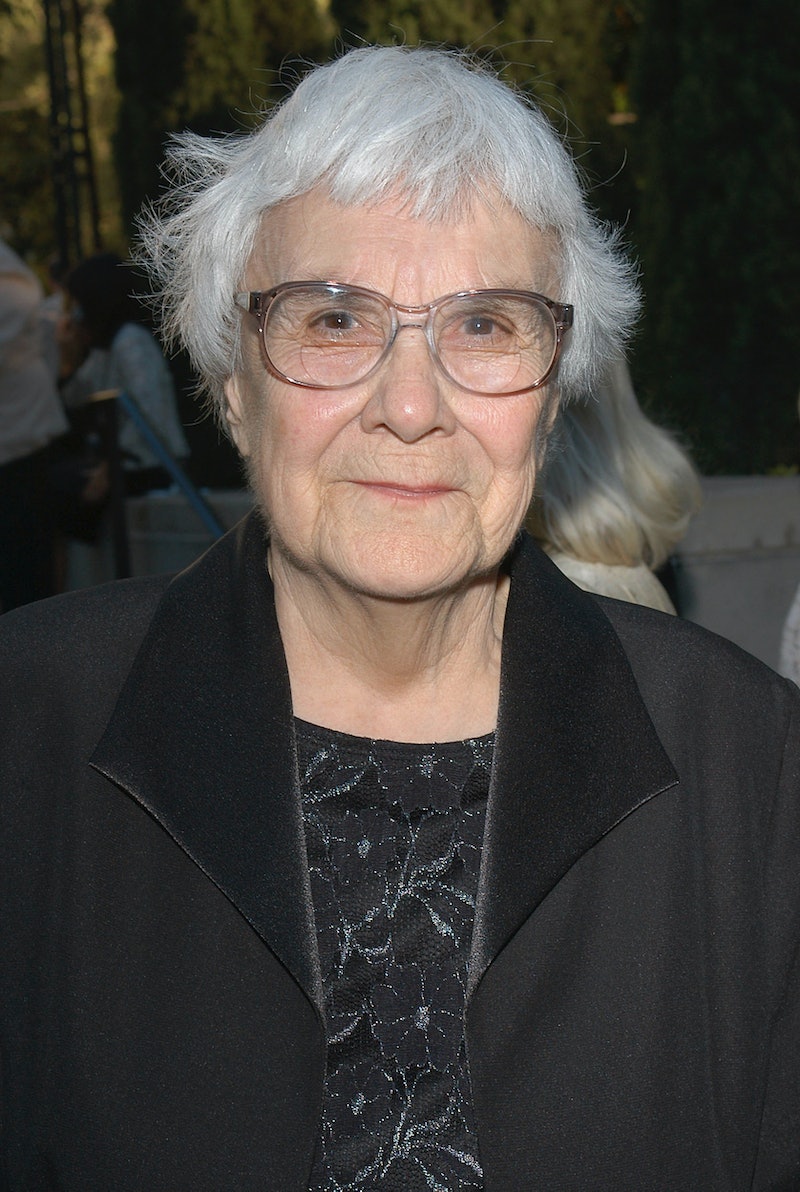 The literary tour-de-force behind To Kill A Mockingbird is making headlines again — and is anyone really surprised? Harper Lee will auction off six letters next week, according to Reuters, just as her newest, much-anticipated novel Go Set A Watchman breaks a HarperCollins record for the most pre-ordered book of all time.

TIME reports that most of the letters were written between 1956 and 1961 to a friend of Lee's during the time she was writing To Kill A Mockingbird and through the publication of the book in 1960. The earlier letters were also written while Lee was caring for her aging father — the man cited as being the inspiration for the character of Atticus Finch — and contain details about his health, and the writer’s obvious deep affection for him.

“Daddy is sitting beside me at the kitchen table … I found myself staring at his handsome old face, and a sudden wave of panic flashed through me, which I think was an echo of the fear and desolation that filled me when he was nearly dead,” Lee wrote.

In another letter, written after To Kill A Mockingbird hit bookstore shelves, Lee writes of her surprise to the large number of sales the book earned.

This is not the first time Lee’s personal writing has fetched a large figure. One letter was auctioned last year for $2,500. The letter, dated 2005, was filled with all the sassy spirit you’d expect from the Pulitzer Prize-winning writer who is notorious for refusing to give interviews, and has, in fact, not given one since 1964.

Lee’s refusal to be interviewed, however, has not thwarted the success of either of her novels — the hype surrounding the now record-setting Go Set A Watchman has been credited with bolstering recent sales of To Kill A Mockingbird, as well. The new novel is scheduled to be released this July, 55 years after fans first discovered the beloved Mockingbird.

Have you preordered yours yet?