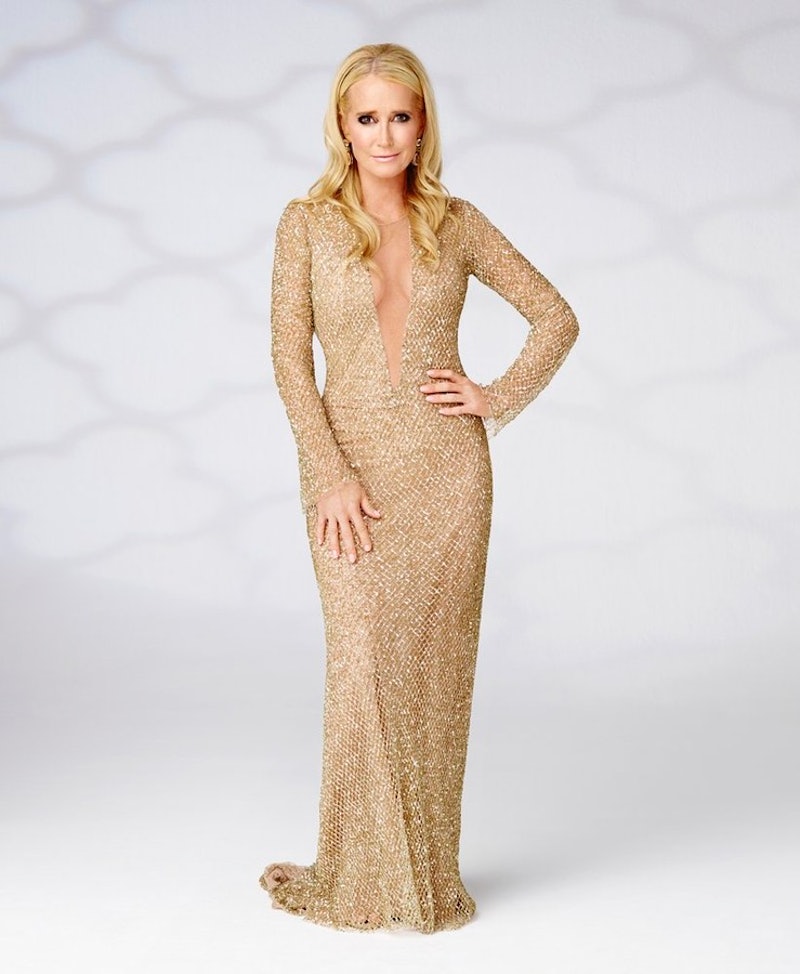 Big news: E! News has learned that Kim Richards is leaving Real Housewives of Beverly Hills . Though this might be sad for fans of the show to hear, it might actually be good news for Richards herself — particularly her recovery. Recently, news broke that Richards had returned to rehab to focus on her sobriety after attending her daughter Brooke's wedding in Mexico. According to E! News, Bravo reps had no comment regarding Richards' status as a housewife, along with the status of the other housewives.

E! says that there is a chance that Richards could return for a cameo during the sixth season, but at this point, it feels most important for Richards to focus on herself and her health, and not making appearances for the audience's benefit. Considering that Richards checked herself into rehab — indicating an intention to focus on herself following her mid-April arrest at the Beverly Hills Hotel for which, according to E! Online, she was charged with "public intoxication, trespassing, resisting an officer and battery on a police officer," — her not returning to the show is likely the best option for her recovery.

So, while all of this seems like a lot to take in, the news of Richards not returning to RHOBH as a full-time Housewife seems to certainly be for the best. Richards has been battling alcoholism for a while, and I think all fans of the show can agree that her health and sobriety is more important than RHOBH fans' entertainment.