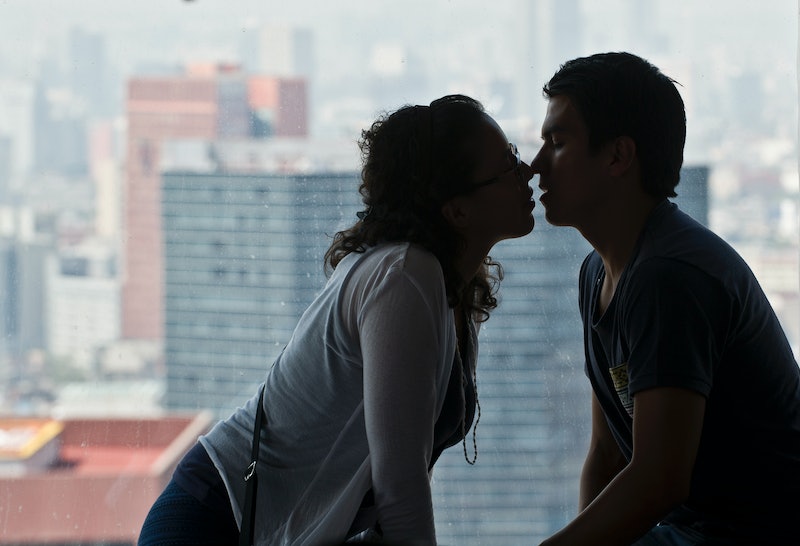 No one likes a cheater — or at least, that's what we've learned from a new Gallup poll. According to the poll, Americans almost universally find adultery to be immoral. It's one of the surprisingly few constants over the past decade as the country's moral outlook appears to shift further left.

In fact, opinions about adultery might be the exception that proves the rule here. After all, however you understand marriage — a traditional one man, one woman arrangement, an open polyamorous arrangement involving three people of different identities, or any other possible arrangement — when someone breaks their commitment, that's pretty much always a sucky thing to do. Frankly, I'm surprised eight whole percent of Americans actually said it could be morally acceptable. Maybe they're trying to justify their own affairs?

When it comes to other issues, though, America is changing rapidly. Between 2001 and 2015, support for same sex relationships, for instance, rose by 23 points, with 63 percent of Americans saying now that it is morally acceptable. Americans are also much more morally accepting of both premarital sex and having a child outside of marriage than they were at the beginning of the millennium. And while the number of Americans who consider polygamy morally acceptable remains low (only 16 percent), that's more than twice as many Americans thought so in 2003.

There have even been some modest improvements in the way most Americans view abortion. In 2001 only 42 considered it to be morally acceptable, but since then that number has gone up to 45 percent.

In other words, our society's understanding of what counts as moral and immoral seems to be broadening.

Meanwhile, people are taking a harsher view of things like animal testing and the death penalty, which were the only behaviors Gallup asked about that have fewer people identify them as mortally acceptable today than they did in the early 2000s.

And although Gallup didn't ask about things like drug use or trans people, for instance, this all makes it seem as though America's moral compass is pointing further and further left. So are we just a single short decade or so away from seeing a majority of people believe abortion can be moral? From seeing overwhelming support for same sex relationships and single mothers?

Well, only time will tell. After all all of these shifts seem to be happening fairly quickly, which means they might not be as stable or permanent as you'd hope. However, it is fairly well established that younger Americans are more progressive on social issues than previous generations (hell yeah we are), and millennials probably aren't going to change their views too dramatically any time soon.

So here's to progress! Because according to these numbers, you aren't imagining it — things really are getting better.

Unless, of course, you're a cheater. It seems that however else American attitudes might change, some things are still pretty constant. In fact, American as a whole now considers cheating to be even less morally acceptable than cloning human beings or committing suicide. Yeah... America is an interesting place, isn't it?