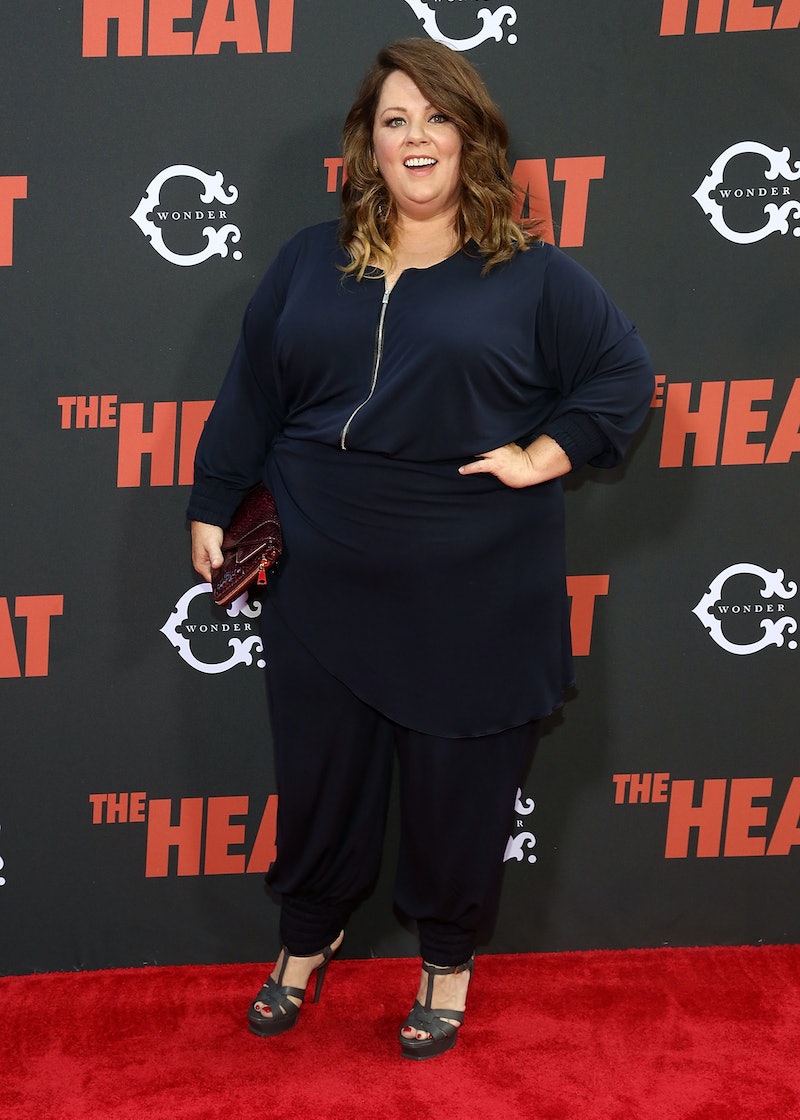 Since her success in Bridesmaids in 2011 and her Emmy win for her role in Mike & Molly, Melissa McCarthy has been on everyone's radar. She's made her mark as a female comedian playing over-the-top roles, like her upcoming part as a the foul-mouthed, rough-necked cop in The Heat, costarring Sandra Bullock.

Unfortunately, though, it seems like every conversation about or with McCarthy turns to her weight. When her movie The Identity Thief premiered in February, crapbag Rex Reed from The New York Observer called McCarthy "cacophonous (and) tractor-sized." McCarthy's reaction to Reed's review was pretty heartbreaking: "Why would someone ok that?"

Why indeed. As more and more funny women have been overtaking the comedic stage, more and more criticism erupts. Even pretty boy Joseph Gordon-Levitt was reamed when he "joked" last summer at a Comic-Con panel that "Most pretty girls aren't funny." Who asked you? The discussion of female comedians is always, exhaustingly, wrapped up in a conversation about appearance. McCarthy responded nobly to Reed's criticism, going on to say “I felt really bad for someone who is swimming in so much hate. I just thought, that’s someone who’s in a really bad spot, and I am in such a happy spot. I laugh my head off every day with my husband and my kids who are mooning me and singing me songs."

Good on her for responding so gracefully, but she should be allowed to respond however she damn well pleases to someone so lewd and disparaging. McCarthy has been candid about her past and her body issues, and though the story of her journey to self-acceptance is reassuring and inspiring, the constant politicizing of female actors' bodies is tiring. McCarthy is incredibly talented and it's the body of her work that people should be paying attention to.

And, luckily, McCarthy is ever expanding on her filmography. She's currently working on Tammy, a comedy she wrote with husband and Bridesmaids co-star Ben Falcone that stars Susan Sarandon. Later this summer she'll work on St. Vincent de Van Nuys with none other than comedy great Bill Murray. Maybe McCarthy is smart enough to know that the best way to diffuse the bullshit body talk that surrounds her is to refuse to participate and keep succeeding.