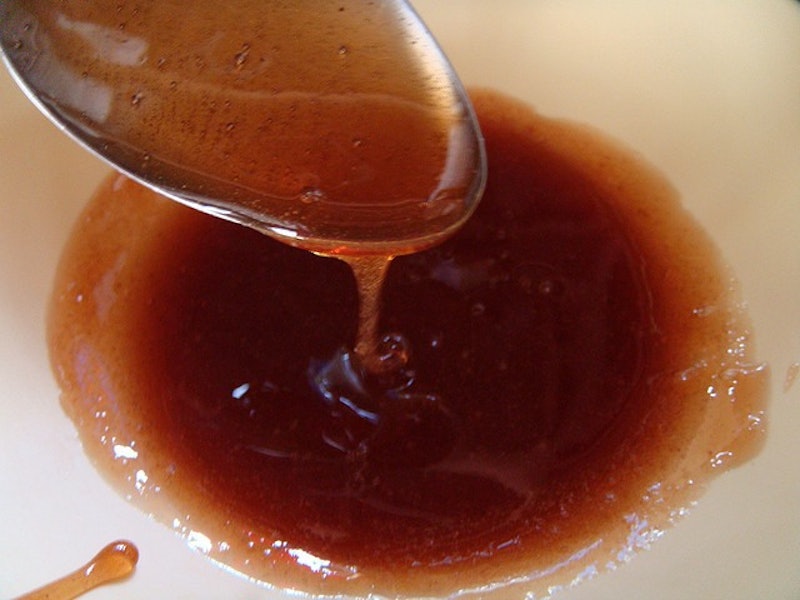 When I heard about sugar waxing – the process of waxing with sugar — I knew it was probably legit. I vividly remember that, on my 8th birthday party, my cousin stuck a lollipop in my hair and no amount of pulling or tugging could get it off without ripping out my hairs along with it. In an act of frustration (probably because of my incessant crying), my mom simply cut a small chunk of my hair to finally get it out. This, my friends, is the power of sugar.

After some research, I found out that this form of hair removal is actually fairly old. People have been using sugar wax to remove hair for years, especially in the Middle East. Unlike regular hot wax, which can take off the top layer of skin along with the hair, sugar only removes the hair from its root. Moreover, it is also a good skin softener and exfoliator made out of natural products!

What makes sugaring even more inviting is the two ways you can actually use it to remove hair. There is the soft-wax method that allows you to apply warm wax to the area and then use strips to remove the hair. Secondly, there is the hard-wax method, where you roll the cooled wax into a ball, stretch it onto the area, and then rip it off using only the wax. Sounds easy enough, right?

Knowing that razors can be expensive and that I am rather lazy in the shaving department, I decided to try sugaring. I have never waxed my legs before, but I know that it can prolong hair growth (yes) and also have less hair grow back (double yes). My frugality was also very excited as well because I learned that I could make sugar wax at home with only a few simple ingredients.

To try this out, I would first make the sugar wax on the stovetop, and then try it on the bottom half of my legs. I wanted to go for the hard-wax method because it seemed to involve less mess and fewer materials than the soft-wax form. If all went well, I knew I could replace my bi-weekly shaving ritual with a new form of hair removal that suited by needs just a little bit better.

Batch #1 (yes, there were more after this)

I really wanted to make sure I was doing this right, so I looked up a ton of YouTube videos and read a few articles on how people made their own sugar wax. Most people used the same recipe and the same methods to achieve the perfect hard-wax, so I figured it was a safe bet to use this one as well.

The most-featured recipe consisted of:

After combining all of my ingredients in a pot, I turned the stove to a medium-high heat and waited for it to boil. Once it did, I turned the heat down to a low-medium so that it could simmer until turning a dark golden-yellow. I stirred the sugar until it began to brown into the color I recognized from the videos and figured it would darken as it cooled. After it was the right color, I waited a few minutes and then poured the contents into a clean mason jar (I don't have a marble counter top).

Now that the cooking was done, I simply had to wait until the sugar cooled so that I could actually use it. I took this time to quickly wash the pot and all things covered in sugar because cooled sugar gets very hard (and is harder to clean). I was rather confident that I had made the sugar the right way, so I left it alone overnight.

The next day, I tried to roll it into a ball like they did in the videos. Unfortunately, I quickly learned that it was nearly impossible. My sugar was still too soft to roll and, instead, just smeared itself all over my hands. I couldn’t even touch anything because my hands were literally covered in a caramel substance. I tried to salvage it by putting it in the microwave and heating it up again, but to no avail. Every time it cooled down, I was still left with very goopy sugar that was obviously not going to work as hard-wax.

I, again, looked up more videos (this time focusing only on the cooking aspect) while pulling out all my ingredients again. It was then that I noticed my sugar had been too light in color compared to the wax in the videos where it is a dark amber color. Slightly frustrated, I made a second batch using the same recipe, but left the sugar on the stove longer until it was much darker (35 minutes). Then, I poured it back into my clean mason jar and waited for it to cool.

When I came back to it, I was met with yet another gooey substance that wasn’t going to stay hard enough to pull on its own. I tried to troubleshoot it with the microwave again, but it still wouldn’t harden enough. So I tried for the soft-wax method. I found an old t-shirt and cut it up into strips. Then, I smeared on a thin layer of the sugar wax and pressed down the strips rubbing them to make sure it was really set.

The pain only lasted for about a second, but my annoyance grew when I noticed that I still had lots of hairs left on my leg! I looked at the strip and only saw a few strands of hair that, fortunately, had been ripped out with the root. However, all that pain for only a few strands was not going to cut it. I tried it a few more times, it seemed to only hurt and have no satisfying results to continue. I threw the batch away.

By now, I was determined. My leg hairs were fairly long and I was ready to get rid of them. I looked up more videos and finally found one made by a pastry chef. She shared more details for the cooking process and provided a way to see if the sugar had actually cooked properly and to the right hardening stage. I followed her recipe and suggestions until my sugar was an amber color once again, and then poured it into a ceramic bowl.

Unlike the other videos that told me to let it cool, she stirred it every few minutes in the bowl until it was ready to use. I kept stirring over and over, eventually struggling to make the spoon actually go around. When this happened, I thought I was ready and tried to grab some with my hand. It was still runny! I chalked it up to it still being too warm, scooped it into the mason jar, and left it alone.

The next day, it was extremely cold in my house for a typical summer day. When I poked the sugar wax, it slightly indented, but stayed very hard. I prepared a place on my floor with a towel and some damp cloths, and then grabbed a chunk of sugar with my hands. After kneading it a little, I applied it to my leg by slowly spreading it against my hair growth a couple times and then ripping in the direction of my hair growth.

The first few sections I did hurt a lot, but after a while I got used to the sensation. I was able to use the same ball of sugar wax for a good amount of time before my body heat/the constant pulling made it too slimy to come off in one piece. I was also able to remove some of my hair until my skin became irritated with the constant ripping off of the wax.

While using the wax, I tried to focus on different sections of my leg, alternating each leg to avoid bruising or irritating my skin quickly. When I went around all the “sections” I would go back and start over to see if I could get rid of more hair. I did this for about an hour. Unfortunately, process still left me with a lot of hairs on my legs, even though I spent a good chunk of time waxing on the floor.

To be honest, I may have underestimated how hard this would be. I believe I am a decent baker and can sort of cook things to survive, so I wasn’t worried about boiling a pot of sugar. But after trying three times (and using six cups of sugar in the process), I realized cooking sugar is an art that I can't quite do yet. Some people used candy thermometers, but most people who made the sugar wax didn’t use one and I didn’t own one in the first place. Looking back, this probably could have helped me cook it better.

I also didn’t realize I would get as sticky as I did. I knew that it was inevitable because working with sugar is bound to get messy. However, I was literally covered in caramelized sugar and could barely touch anything! I also got sugar on my floor, my hair, my clothes, and basically anything in my vicinity. It was not a fun cleanup.

I wish I had had someone to help me with the cooking process and who had successful sugar waxed before. Although I watched a lot of YouTube videos, nothing beats having something there with you. With the unpredictability of knowing if your sugar is cooked right (even when you follow the steps) and with the time it takes to wait for it to cool down/the temperature of your surrounding area to be right, I don’t think I will be doing this again anytime soon.

I’m rather sad that it didn’t work out in my favor. Maybe I will try it again if I can find someone to help me. I know it is possible to do and some people have mastered it (kudos to you!), so it’s totally on me for not getting it right. I probably need to keep practicing. But for those of you who are impatient, struggle with cooking, or are clean-freaks, this beauty hack may not be in your best interest.