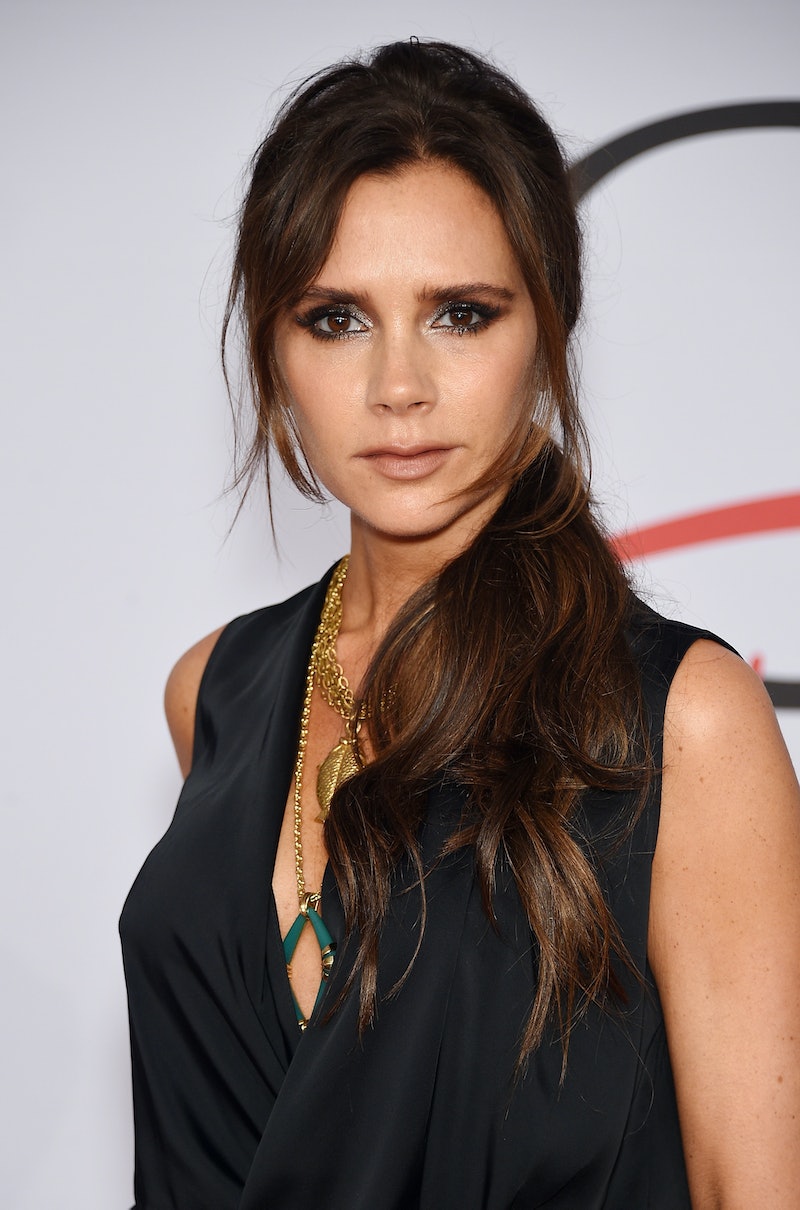 She started off the impromptu fashion show at the airport, where she absolutely killed it in a completely badass red and white tweed suit. Next, she stepped out in an all-black number, with lace embellishments — which she paired with an half-up hairdo, a smoky eye, a major statement bracelet, and last but not least, some killer black stilettos. Altogether, the look hit that coveted balance of undone (the dress had a chicly slouchy silhouette) and done — and the third look may have hit the mark even more.

For the actual presentation, she went glam in a sleeveless coral wrap dress, featuring another tweed-y texture and a Posh-approved leg slit — and the cobalt blue pumps, statement shades, and that same statement bracelet from her last street style outing only sought to up her style quotient even more.

Leading by example, she proved that her new designs really are perfect for a resort — or maybe a pre-Oscars luncheon, or a daytime red carpet. Let's take a look!

British Vogue got it completely right with their caption. I don't know about you, but I'm officially making Beckham my new "trouser suit muse."

On a stroll in the city

En route to the show

Fab with a side of fab. Seriously, don't you just want to buy the whole collection now?