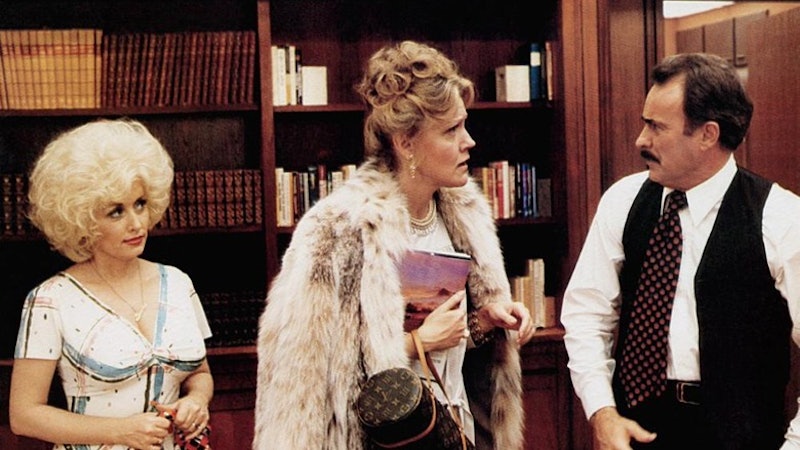 Before the moment when my boss came into my office, closed the door, and told me he was in love with me, I thought I was an expert on sexual harassment. Sure, I'd never actually been sexually harassed, but I grew up hearing so much about it, I thought I knew how harassment went down — late nights, lewd comments, a boss you always had reservations about. I thought that, in this day and age, we had such awareness about sexual harassment, and such a support structure for victims, that it wouldn't be that traumatic to deal with.

Besides, I'd dealt with creeps at the bars every weekend, so I was sure I'd be able to shut down any scumbag bosses the same way. I imagined myself responding to a workplace grope with a casual kick to the junk and a swiftly placed HR complaint. I thought I'd laugh it off.

Al* didn't make his move late at night, while we both worked in an empty office, or after a rowdy office Christmas party, when everyone had had too many hot toddies. It was 1 p.m. on a Friday — Yom Kippur, if you want to get technical — when my boss of six years, 20 years my senior and married with kids, swept into my office. He seemed agitated and immediately shut the door to my office as he walked in, a combo which typically meant he was about to discuss company finances with me— one of our projects must be hemorrhaging cash, I thought, as I braced myself and opened Excel.

"I thought ... you just liked my writing." Al looked at the ceiling. I looked at him."I'm gonna go take lunch now," I said.

Instead, Al sat down and started talking about his life story, about Abraham Lincoln's life story, about the meaning of fate. We had developed a grudging camaraderie, and through our mutual bitching about the job, I had come to see him as something of an annoying father figure. As I sat there, I wondered if he was perhaps giving me a pitch for some cult he had joined.

And then, out of nowhere, he told me that he loved me.

It felt like the moment in a horror movie, when the heroine suddenly realizes she is not alone in her house. I froze. "I thought," he said, "I was making it kind of obvious lately. I thought maybe you had noticed."

When Al left my office that day, I rushed out of the building, calling everyone I knew so I didn't have to be alone with what had happened. I didn't realize it at the time, but this moment was the first in what would become a year of moments like it; trying to figure out why Al had done what he did. Why would a man who didn't care about me enough to talk to me outside of work, or even remember that I lived with my boyfriend, make a move that would inexorably screw up both of our lives? The absence of a clear explanation drove me crazier than anything he had specifically said.

I felt my sense of self begin to become shaky, even in those first minutes after. What had so recently been my safe, crappy job, where I underachieved in a quiet, comfortable haze of mediocrity was suddenly a ticking time bomb. How would I keep it from going off in my hand?

It had felt like my most irritating uncle was trying to f*ck me.

That weekend, the feeling of violation built, which shocked me. I was 30, and thought myself tough — I was adept at icing out catcallers and shutting down street corner pervs, and had successfully moved forward from a sexual assault that had happened a few years prior. So why was something that involved not a single dirty word or threat to my safety troubling me more than anything else ever had?

I felt clammy and nervous. I wasn't crazy about Al, but I thought I knew him. He'd seemed like a fine human being but a lousy boss, prone to random fits of business rage over a misplaced FedEx label. He had at least once reduced me to tears over a poorly-worded email. The idea that he thought I might be interested in him, despite all that, made me feel confused and unmoored, sick to my stomach. What kind of man was he, and what kind of woman did he think I was?

After barely sleeping all weekend, I went into my office early Monday with an empty suitcase, prepared to empty out my desk and quit that very day in the event that no one believed me about what had happened. But as I emptied my desk drawers, a card slipped under the crack in my door. It read:

Thank you for hearing me out on Friday — I'm sorry for any discomfort I caused. It's my doing entirely and you were generous to listen.

I just wanted to say that my depth of admiration for your writing, your intellect, and the brilliance of YOU as an artist and author is ENTIRELY freestanding of anything else I spoke of solidly.

"Hearing him out"? I hadn't heard him out; I had let him talk because I was too confused and horrified by what was even going on to even say anything. It had felt like my most irritating uncle was trying to f*ck me.

But on the other hand: here was my magic bullet, to make sure that Human Resources believed me. I gravely handed the card to the HR rep as I walked into her office; she assured me that "in a few years, this will just be a ridiculous story that happened to you."

The U.S. Equal Employment Opportunity Commission guidelines for dealing with sexual harassment stipulate that when dealing with this kind of complaint, HR should ask the person filing the complaint should be asked how they want to see the situation resolved. It made perfect sense, and yet the question left me totally frozen. Al had done something that made me feel like I couldn't work with him any more, but was I willing to mess up his entire life, the way he had messed up mine? I thought of his kids, of him trying to explain to them why he had been let go. "No," I said. "Don't fire him." And that was it. My one choice — made.

I started simply not showing up for the meetings where I knew Al would be. I didn't come into work a few days, just to see if anyone noticed. No one did.

I was given a new boss within our department, but still worked out of an office facing directly into Al's, where I could hear him cough, chat, or take his wife's daily phone calls. I was expected to attend meetings where he would cheerfully spitball ideas. I was urged, by HR and everyone else, to keep the incident to myself.

I stopped sleeping, really — I'd get about four hours a night, and spend the other four stewing in rage, writing and deleting endless emails to Al's wife. I started coming in late and leaving early. I was moved to another office far across the building, in a desolate stretch of hallway, where I spent most of my time taking power naps under my desk. I started simply not showing up for the meetings where I knew Al would be. I didn't come into work a few days, just to see if anyone noticed. No one did.

I walked through my days like a zombie; exhausted, half-alive. How had a few idiotic words from someone I never really liked made me feel this badly? How could a man who spent this much time talking to me about his pre-school-aged children think I'd be interested in him romantically? In his mind, was this request — that I love him back — just another out-there task that I would grudgingly go along with, like when he asked me to proofread his personal blog or run his personal errands? Had he mistaken the way I never said no for reciprocated love? Should I have been refusing to do these things all along? It had never even occurred to me that I could. This was the first time I had ever told Al no.

After a year of stewing in my own confusion and rage, I found a new job. Today, I work at a place I love, while my old boss is stuck at our job that I know he hates, surrounded by people who know what he did. I should feel smug. But I don't. I still have a hard time sleeping, still stumble over what to tell friends I haven't seen in a while when they ask why I left my last job. Sometimes I think I've moved past it, but I find any mention of sexual harassment will usually trigger thinking about it again.

People harass you because they feel that they have power over you. Al didn't have power over me anymore — except emotionally. And as long as he had that, he still controlled the narrative of my life in some way — I mean, I can't even risk writing about this under my own name, for legal reasons. The only power I have is trying to make sense of things for myself. And so, in an effort to find some answers or closure, I wrote to him and asked:

Hello Al,This is ***, your old assistant. I am writing a piece about the time you came on to me in September of 2013. I am not going to use your name or the company's name, but I am writing about it. I will write about it whether or not you reply to this email, but I am giving you an opportunity to comment on why you did what you did. I know you are a believer in karma, so I will say this: your betrayal of our professional relationship caused me a great deal of pain and damage that I am still picking up the pieces from. In the years since, I have always wondered: why would you risk ruining both of our lives doing this? What on earth could have been going through your head to make you think that what you did would be received any way except as a painful betrayal, by a young person who looked up to you as a father figure? You can reply to me from a throwaway account, if you like. I'm not interested in your name, or legally tying you to this. I just want to understand. But your decision changed my life, and I think I deserve an explanation.

I didn't expect a reply, but got one about ten minutes later:

I am very, very sorry for what I did -- and I feel so every day. You're a good person and you deserved much, much better. I let you down and I regret very deeply the pain I caused. I wish you every good thing, and my deepest apologies.

Looking at it, I thought, yeah, it's great that you feel sorry ... but I didn't ask if you felt sorry, or if I deserved better. I wanted to know why you did what you did, what you thought would or could happen, how it had seemed like a reasonable thing to do. And in a way, not getting an answer was my answer.

Because harassment isn't flirting gone wrong, or or a mistake made by someone who's just really socially inept. It's a deliberate choice, one that's impossible to explain, because the only answer is "Because I thought I could get away with it."