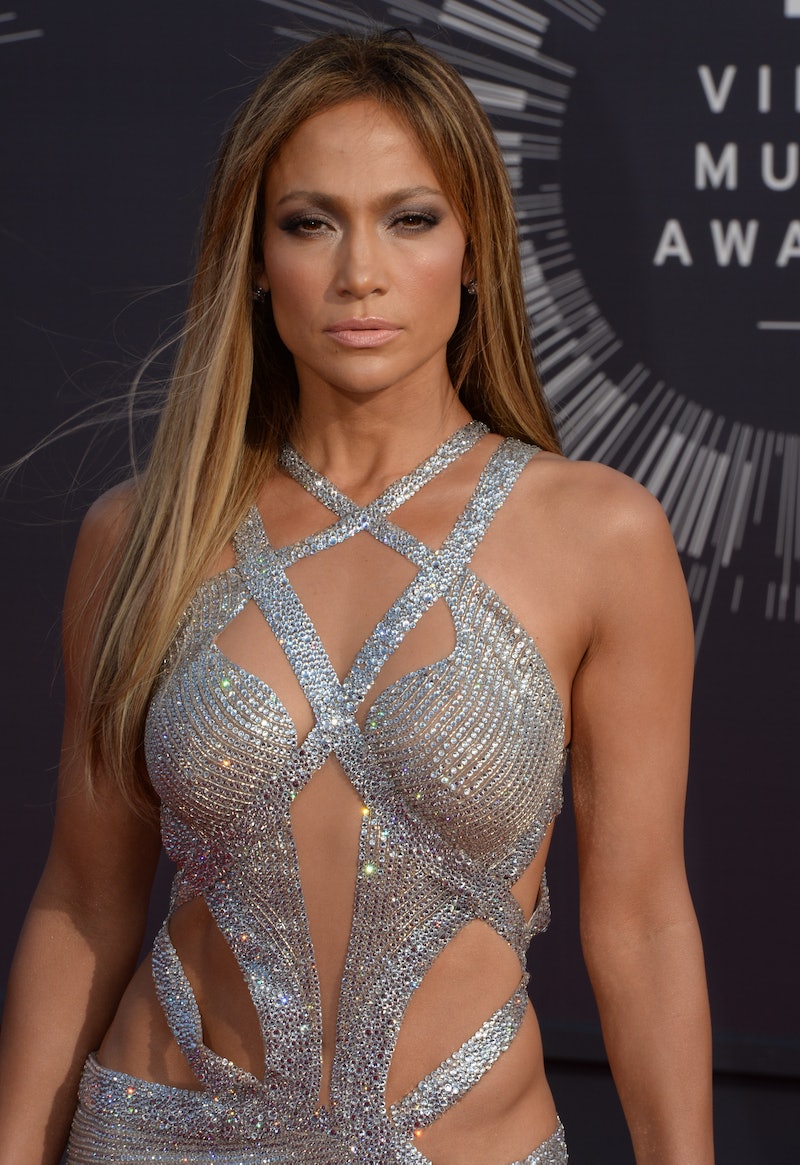 I'm completely convinced that a fair few of our favorite celebs found the fountain of youth and casually drop one or five drips of immortal water into their post-workout green smoothies on the daily. For example, Jennifer Lopez posted a #TBT from her Us Weekly June 2015 cover shoot this morning, a particularly sexy outtake. The photo featured a wavy hairstyle, pouty lips and one very revealing bathing suit. If you were looking for a bit of last-minute bikini bod inspo, look no further.

While this particular photo shoot took place merely a month or so ago, at 45-years-old, Jenny from the Block has still got it. Girl, look at that body! Say what you want about her signature glittered-out, revealing red carpet styles, but, if you’ve still got it, flaunt it is definitely my mantra. And she's got it! Good for you, Jen.

But in all seriousness, besides her clothing, is there that much of a difference between the days of "Jen loves Ben" to post-Marc Anthony? I’m not seeing it. She's positively ageless.

After her breakout role as Selena in the 1997 tribute film to the late performer, Lopez has been anywhere and everywhere, from the big screen to racks on racks of magazine covers. Check out my own Jennifer Lopez throw back Thursday as you browse through my nine glossy cover tribute to JLO.