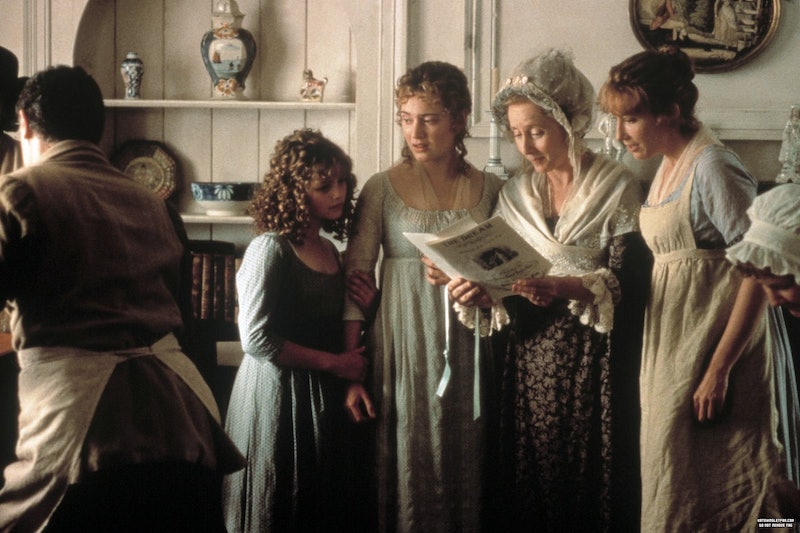 Jane Austen created some of the most memorable characters in literature. Her heroines’ appeal has not faded through the years — even in today, few characters are as revered as Elizabeth Bennet. I remember a conversation with one of my college professors, who had studied and taught Austen for decades. She admitted that she could no more choose a favorite Austen novel than she could choose a favorite child. Yet she considered Elizabeth Bennet Austen’s best-drawn character. It was surprising to her, then, that Persuasion ’s Anne Elliot — not Lizzie Bennet — had been the heroine who tugged most at her students’ heart strings.

I too have a soft spot for Anne. Don’t get me wrong, I admire Lizzie deeply (and would definitely want to stay on her good side), and if it came to picking out a best friend from the Austen canon, I’d have to go for either Lizzie or Emma Woodhouse. But Anne’s resilience, her quiet strength, and her ability to judge when it is right and when it’s foolish to put others’ needs above her own make her the heroine I strive to be the most like. (Plus, I’m a sucker for stories about second chances.)

As an unabashed Austen fangirl, I’ve procrastinated by taking my fair share of “Which Austen Heroine Are You?” quizzes. I’ve gotten Elinor Dashwood from Sense and Sensibility , or Fanny Price from Mansfield Park — and I disagree. Anne Elliot all the way. I think the best person to decide which Jane Austen heroine you are is yourself — so you pick, but just know your choice says a lot about you.

Austen is known to have said that in Emma she would create a character no one would much like but herself. Well, congratulations: You proved her wrong. You’re a bit of a contrarian and you like to go against the grain. No one could ever accuse you of being insecure — you exude confidence and hate owning up to your mistakes. You’re a kind person, if somewhat overbearing, and you’ll go above and beyond to secure the happiness of your friends. You don’t mind it when the people in your life get exasperated at you for meddling — you know they’ll thank you for it eventually. You’re a fierce and loyal friend.

You always speak your mind — staying true to yourself is key to your happiness. You’re patient and kind but you don’t suffer fools. Charming, witty, and vivacious, you love being the center of attention. But though you have a bevy of friends and admirers, you don’t let people in easily. In fact, your childhood best friend is your only confidante — and you’ll often keep your true feelings and intentions, even from him or her. You’re principled and have a heart of gold. You won’t let anyone get in the way of you and your dreams, but you’ve lived through enough to realize that family and friends are the most important thing in life.

You’re quiet and pensive. However, you often surprise people with your powerful insight and iron will. You’re often guilty of putting others’ happiness above your own, but throughout the years, you’ve learned that sometimes it’s OK to be selfish. You believe good things come to those who wait — and you hold on for dear life to the good things. You’re pretty sensitive and have been hurt by people’s carelessness but you don’t usually show it — though you might not look it, you’re one tough cookie.

You’re airy and charming. You have an overactive imagination and you let your emotions pull you around. But you know when it’s time to get serious. People are drawn to your cheerfulness — you make friends easily. If anything, you’re guilty of being too trusting. But though your openness has brought you pain, you still believe in seeing the good in people. You love the outdoors and hate wearing shoes.

I know Fanny is an unpopular choice, but there is a lot about this character to admire. If you’re as in awe of her as I am, then you probably value steadfastness and good sense. You’re not very good at taking up space and find it very hard to stand up for yourself — but you have strong opinions and you won’t let anyone dissuade you from doing what you think is right. You might look shy and mild-tempered, but you’re no pushover and you’re capable of loving passionately and without reserve.

You’re a younger sister and as such you’re used to other people cleaning up your messes. You have a bad habit of forgetting to look before you jump. Yet you’re a breath of fresh air to everyone in your life. You can be reckless and self-indulgent, but that’s only because you don’t believe in wasting one second of your life. Yes, you’ve gotten hurt before, but you’ve never regretted being impulsive — you know you need to be true to yourself.

You’re responsible and well-mannered — people often think you’re older than you are. You are a natural caretaker and hold yourself up to incredibly high standards. The people you love depend on you and you often set aside your own needs to be there for them. You usually act in a practical manner and you prize good sense, so few people realize how sensitive you really are. Sometimes you wish that you could just let go, drop everything and go after your own dreams, but you’re afraid that without you, everything would collapse.

More like this
What Is A "Hot Girl Book" & Why Is Everyone Talking About Them?
By Samantha Leach
'Firefly Lane' Season 2 Will Be The Show's Last — But There's A Twist
By K.W. Colyard and Grace Wehniainen
The Most Anticipated Books Of October 2022
By K.W. Colyard
For Mur Lafferty, Genre Is Everything
By K.W. Colyard
Get Even More From Bustle — Sign Up For The Newsletter