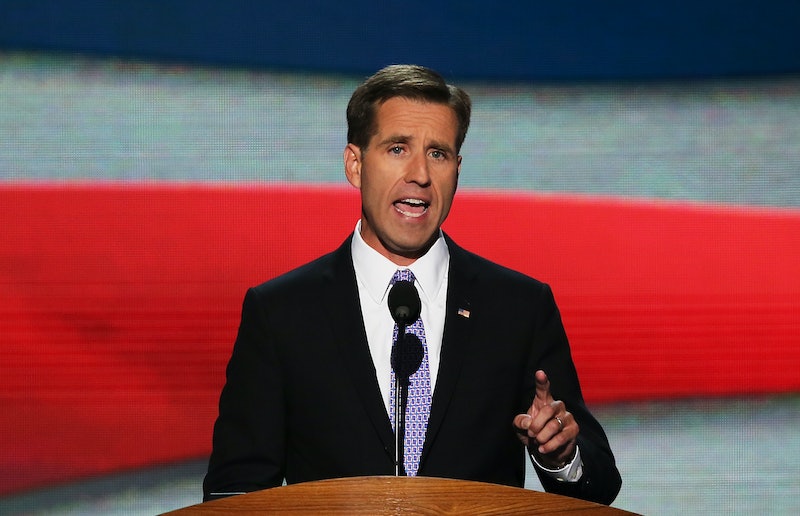 In the first two days, a new foundation honoring Beau Biden's fight against sexual predators has gotten $125,000 in donations. The charity group, which was announced by his widow, Hallie, on Tuesday, seeks to continue his "life passion," of protecting children against harm. By donating, you can join the effort and honor the late Delaware attorney general.

The Beau Biden Foundation for the Protection of Children has so far received over 600 donations, including a hefty $25,000 gift, but the bulk of the contributions came from gifts $100 or less. According to Wilmington, Delaware paper The News Journal, many of the donations came from people who were touched by the story. A $20 gift from a woman in France included a note: "I don't know them, but the story struck me so bad I just wanted to let them know that my heart is with them." The Daily Show team also gave a gift.

"It's really almost overwhelming," Fred Sears, head of the Delaware Community Foundation, told The News Journal. His foundation, which manages 1,200 charities including Biden's, only sees about 600 donations per month.

Biden made fighting sexual predators the cornerstone of his time as attorney general. He wrote in an op-ed last July:

No one likes talking about pedophilia and predators who want to hurt our kids, but we have no choice. Children cannot protect themselves, and very young children, who are often the target of predators, in many cases are unable to speak for themselves. As adults, we all have a responsibility to protect children and take action when we believe a child is being abused.

You can donate to the fund here using PayPal. But beyond monetary assistance, you can help the effort directly by speaking up if you know of any sexual abuse. In Biden's op-ed, he called attention to the Delaware Child Abuse Hotline. You can find your state's hotline here.

But, as Biden noted, it is the responsibility of adults to talk about these issues. Yes, they are uncomfortable, but they are also affecting children who are otherwise helpless in protecting themselves. In honoring Biden, whether through monetary means or action, it is important to remember that he was fighting for people who often didn't have a voice, and that you can take part in that, too.