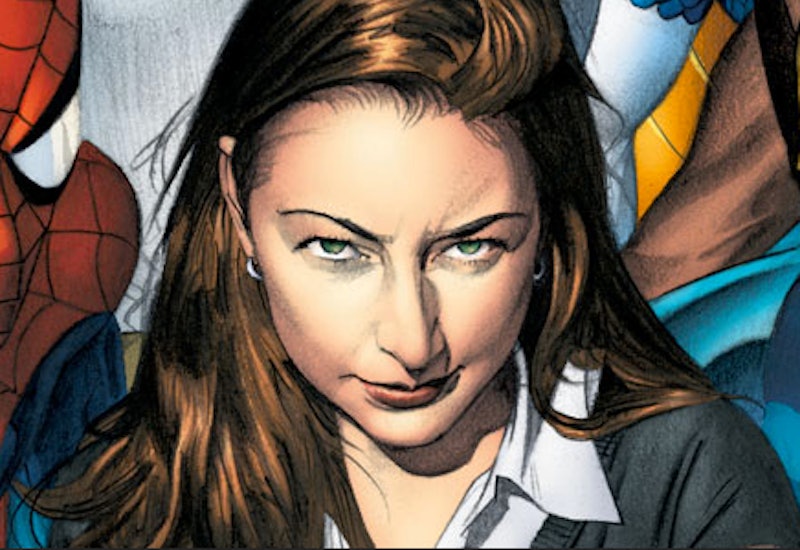 We wrote last week about Marvel's plans for not one but four new series through Netflix and now it's appearing as if things are going to be moving faster than expected with these, because we actually know who's writing two of them: Melissa Rosenberg's writing Jessica Jones , with Drew Goddard on Daredevil . It's news that might give us just a tiny bit more insight into what these might shape out to be.

Drew Goddard's already got a pretty solid geek following, as he started out as a writer on Buffy the Vampire Slayer and is more recently known for directing the meta-horror Cabin in the Woods (which he co-wrote with Avengers director Joss Whedon). He also served as a co-executive producer on Lost and wrote the screenplay for World War Z.

For those who've been following the Jessica Jones adaptation since Marvel was trying to get it set up elsewhere, Melissa Rosenberg is probably a familiar name; she was attached to the project then, and now that the show's got a home on Netflix she'll continue with it. Her credits include The O.C., Red Widow, Dexter, and the Twilight movies. Before you judge her too harshly for that last one, though, listen to what she has to say about Jessica Jones:

I love this character. That is an incredibly damaged, dark, complex female character that kicks ass. That’s my favorite thing about it.

This ain't no Twilight. Rosenberg's been working on bringing Jessica Jones to the screen for quite a while now, and she's pretty invested. Let's hear what else she had to say, in her interview a while back with iamROGUE:

Jessica Jones is actually a former superhero with PTSD, Post Traumatic Stress Disorder. My psychologist father-in-law said, ‘I don’t know why all superheroes aren’t PTSD.’ It’s a trip. So she is wrestling with having this damaged past and still trying to contribute something to the world.

Again, this ain't no Twilight.

Another awesome thing about Rosenberg that might serve her exceptionally well when bringing a headlining female superhero to the screen? She's been very active in the League of Hollywood Women Writers and the Writers Guild of America Diversity Committee, working to fight the Hollywood "boys club" and bring out more voices in media.

A dude who's already a genre-writing powerhouse and a lady who seems to really get the complexities and importance of a female hero? When do these shows premiere again???