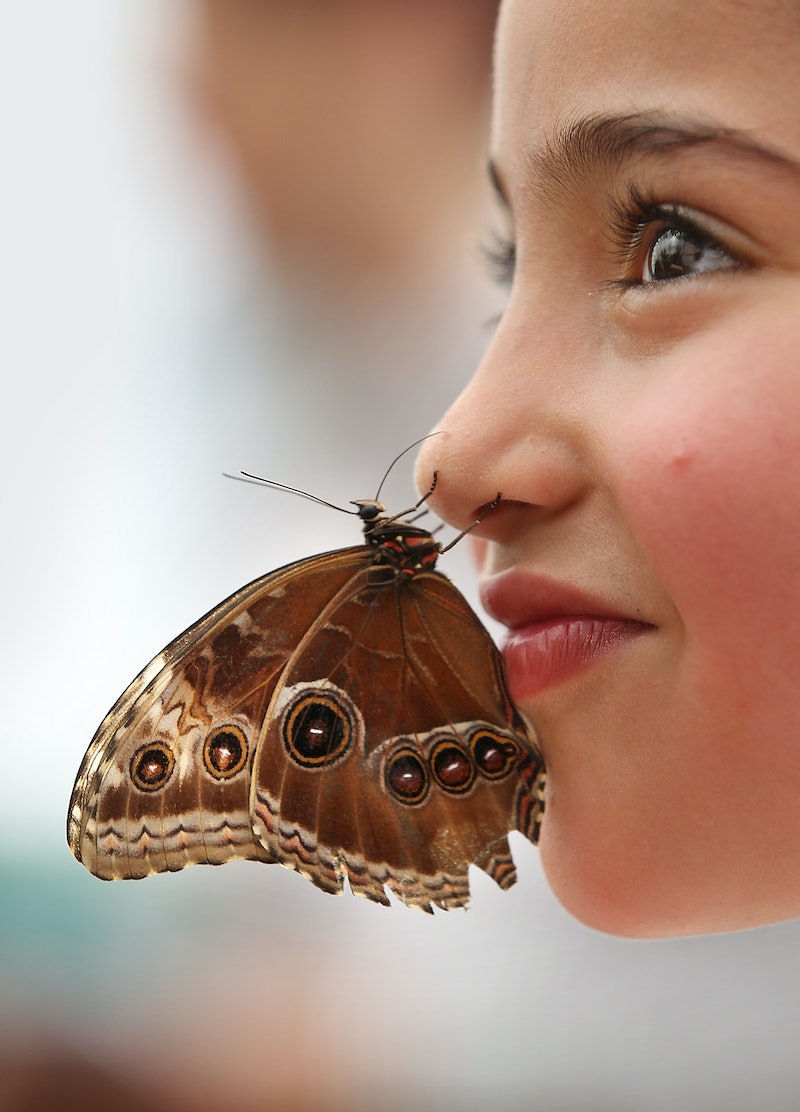 I love the scientific study of attraction — every week, it seems like there's a new scientific attempt to deconstruct why we're attracted to the people that we're attracted to, via studies about why pheromones work, why women like men's sweat, how dudes (and dogs) can detect our ovulation cycles, and whether we marry people who share similar DNA or look like our parents. The field's both fascinating and hilarious. (Though after a few hours of studying these scientific papers, you start looking at your past sexual history with a seriously suspicious eye.) But a new scientific study out in this month's Cell journal may reveal something about the science of why we just aren't into some people: our bodies may literally be ignoring them.

Scientists have been so busy determining why people want to jump into bed with one another, that it can be difficult to find studies about why people don't want to hook up with certain people. It's often just assumed to be the flip side of attractiveness: if we're supposedly genetically wired to be attracted to men with large chests and jutting jaws, for instance, it might stand to reason that men without those qualities don't get laid as much. But it's starting to seem like the real reason you're not into somebody might have more factors in play than just their supposedly weak chin.

So what's scientifically going on when we're just not that into someone?

We May Only Notice Potential Partners When We're Fertile

The Cell study might have an answer — and it's actually kind of hilarious. A group of scientists monitored a group of female mice, tracking their sense of smell as well as their periods. They wanted to see whether the females could still pick up on various smells during the different parts of their menstrual cycle.

What they found was actually far more illuminating. They discovered that when female mice were in the part of their cycle that isn't fertile, they didn't smell the pheromones of male mice at all. So when there is basically no possibility that sex would lead to little baby mice, their noses literally shuts the dude-smells out.

The study found that the noses of female mice "are temporarily and specifically rendered 'blind' to a subset of male-emitted pheromone ligands during diestrus" during in their infertile period — but when they're fertile, the nose perks right back up again. And the part of the nose that looks for partners is the only part that experiences this temporary shut-down. They also tested whether the female mice could smell cats and other threats, and found that, unsurprisingly, that ability remained constant throughout their entire cycle. So it's not a nasal blockage, or anything like that. It's just shutting dudes down.

Why Is This Important For You?

Shenanigans relating to mouse noses might seem irrelevant to your love life, but stay with me for a bit. Pheromones are how bodies communicate about many things, including sex. They're a type of hormone that sends out signals about ourselves and our bodies into the world. And often, pheromones aim to change how people (usually sexy people) interact with us, by signalling "I'm interested".

The mouse brain is, of course, not the same as the human brain. We're both mammals, but pheromones are way more important to mice: they have a vomeronasal organ in the nose that smells pheromones and acts accordingly (or, alternately, shuts off and refuses to let any unhelpful scents in). While we believe there's a vomeronasal organ in humans, too, there's a lot of debate about whether it actually works. It's clear that, if nothing else, it doesn't work quite the same way in humans as it does in other mammals.

But still, there are a few phenomenons in human life and sexuality that this information might explain. One is the fact that women's sense of smell becomes drastically more sensitive during ovulation — presumably to identify sexy dude-smells. If the nose shut-down occurs in some form in humans too, it might explain why this jump in smell ability is so intense: our nose just isn't interested unless there's a possibility of a baby.

And think about the other ways that the body uses its senses to find mates and assess peoples' attractiveness. The nose is one of the most direct methods of sensing the outside world — but what if the female brain interprets faces as actively less attractive when not ovulating? What if non-ovulating women hear voices as less charming, or find a flirtatious touch less stimulating, because the senses have put up roadblocks? Are our senses the worst wingmen in history?

It's not as far-fetched as it sounds. Male brains are clearly able to figure out when women are ovulating through our smell and voice, even though they're not conscious of it. But mate selection goes two ways (as everyone who's ever been in a nightclub knows). What if we're not only putting out signals that turn potential paramours on and off, but blocking out signs of their own interest during our infertile periods?

How powerful these signs and blocks actually are, of course, is another question. The relationship between female libido and ovulation levels is an interesting and complicated one, and one we have yet to get all the facts on. But it's pretty clear that this may be the tip of the iceberg as far as the senses and attraction relate. I do not, however, recommend turning away a persistent suitor with "It's not you; it's my nose."

More like this
13 Ideas To Add To Your Sex Bucket List
By Kristin Magaldi
35 Sexy Texts To Send Your Partner
By Griffin Wynne and Carolyn Steber
What Are Swingers? Everything You Need To Know
By Lexi Inks
How Getting An Abortion Has Changed From The ’60s Through Today
By Amanda Chatel
Get Even More From Bustle — Sign Up For The Newsletter