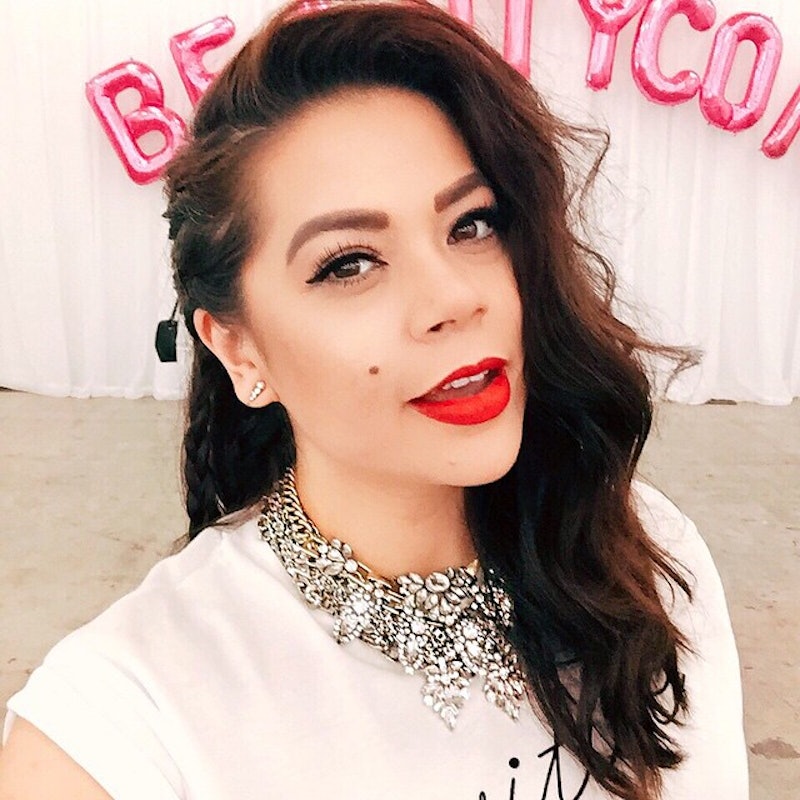 There aren’t may things in life that get me riled up, but nothing makes me angrier than a man telling a woman she needs to lose weight. ProFresh Style blogger and Beauty Con Marketing Director Christina Topacio was told she needed to lose weight by a man she met on a dating website of who she was (briefly) interested in. If this were a Tinder case, I believe this would be about the time Becky G and Fifth Harmony would be encouraging Topacio to, as they say, “swipe it left.”

Topacio took to Twitter Wednesday, posting a screen shot of the outrageous conversation in which her no-potential man had the audacity to share his thoughts on her weight:

"It fucking kills me to say this… And it’s nothing you don’t already know," the guy wrote in a text to Topacio. "And I’m positive you’ve thought about it. And I’m only telling you this because I want it to effect a change. You need to fucking lose weight. It kills me."

There are so many things wrong with this situation. Topacio told Huffington Post she and this man had never even met in person; he was forming an opinion of her physical appearance based on photographs.

I’m not saying this makes the situation better or worse, however, I’m sure meeting online and talking over text made body shaming — yes, sir that is what you were doing — Topacio that much easier for him.

My father always likes to remind me that just because something pops into your head, doesn’t mean it should come out of your mouth. Especially when it comes to other people’s appearances; just because you do not find yourself attracted to someone, does not mean you are entitled to tell them what they should be fixing to meet your every desire.

As a sad attempt at a retraction after Topacio’s “kcoolbye” response, he quickly says “Ok, maybe NEED is the wrong word.” Someone has to break it to you, pal: they were all the wrong words.

I would like to say that if I found myself in a similar situation I wouldn’t waste my tears on such ignorance, but I’d probably be lying. I am not unfamiliar to body shaming bullies, and when you find yourself in that situation, it can be very difficult to find your voice.

Topacio was right when she tells Huffington Post that this instance of body shaming is not necessarily “news." Women and men alike continue to be body shamed over and over again whatever their build may be, and although it is extremely unfortunate that body negativity has been around long enough to get to this point, body shaming victims have learned to stand up to their bullies. Topacio’s response can be summed up in two words: utter brilliance.

More like this
Most Comfortable Underwear For Big Butts
By Audrey Williams
42 Black Owned Fashion & Beauty Brands To Support Today & Always
By Mekita Rivas, Shea Simmons, Kui Mwai and Dominique Norman
11 Graduation Guest Outfit Ideas To Wear To Someone Else’s Ceremony
By Phoebe Avison and Claire Fox
Myra Magdalen Is TikTok’s Queen Of Chaotic Maximalist Fashion
By Sophia Moore
Get Even More From Bustle — Sign Up For The Newsletter