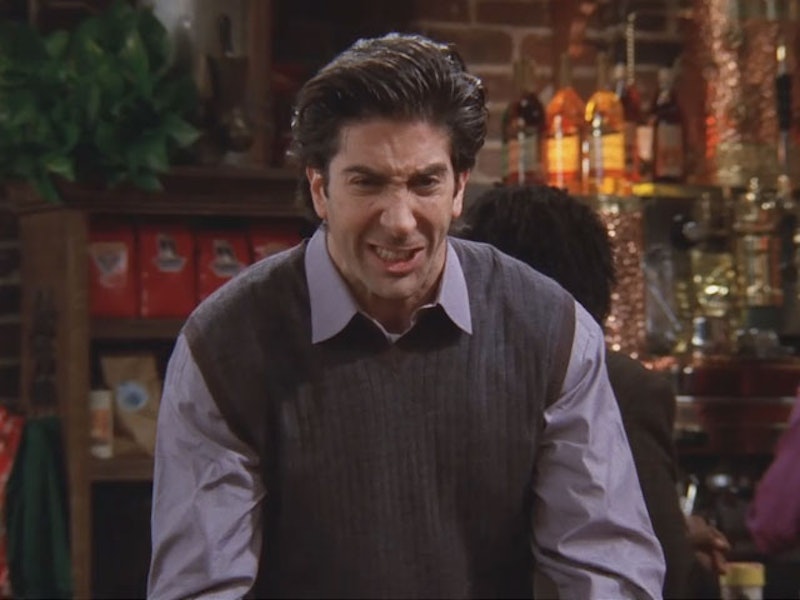 Another reason fans should stop bothering her about a possible reunion? Because she hates the question. During another TV panel, Kauffman revealed that it is "infuriating" to be asked about a reunion over and over again. Don't think she's tired of Friends, because she's not, but as she told The National, "We know we’re not ever, ever, ever doing a reunion. I think it would be really stupid to do reboots. I don’t understand reboots. It makes it feel like we’ve run out of ideas." Also, at ATX, Kauffman said she will always cherish her show: "That it's still around is an incredible honor."

With that said, I can't help but think that the characters she created with David Crane would 100 percent support Kauffman in her feelings about a Friends reunion.

So, let's have some fun by showcasing how each character would angrily respond to the reunion question, because they will always support Kauffman.

"Red Ross" Would Come Out

Rachel's Hand Would Do All The Talking

Joey Would React Like He Turned A Year Older

OK, so now that we know the characters are against the reunion, too, that should settle things once and for all! (Except it totally won't...)