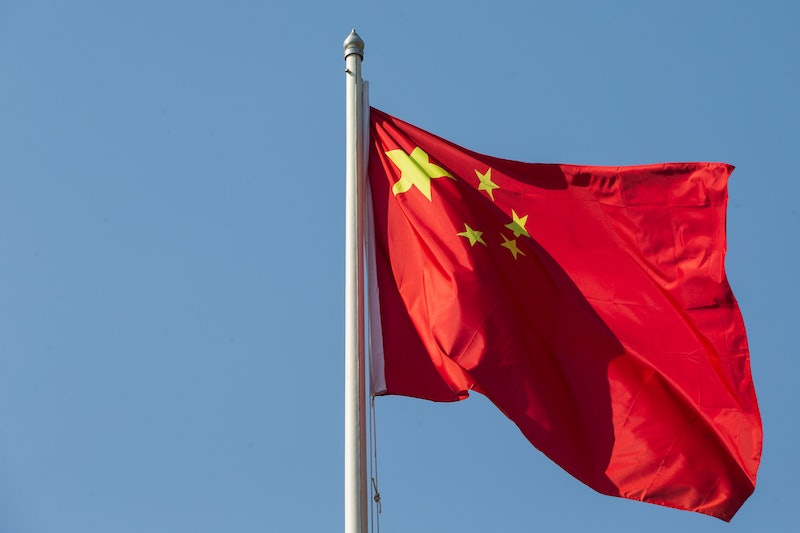 After concluding the mysterious and hyper-bureaucratic phenomenon that is the Third Plenum meeting Tuesday, China is rumored to be on the brink of majorly reforming its economy. What exactly will that look like? Apparently, Beijing said it has plans to "cross the river by feeling the stones" and "comprehensively deepen[ing] reform." While analysts worldwide are still trying to figure out what the hell Beijing actually meant by that — and how it might affect the global economy — here's a list of some tangible reasons why you should care about the future of the People's Republic. Like, right now:

1. China's economy is our economy

Technically, China is a communist country. But it also allows capitalism. What that means in practice is that Chinese corporations are entities of the state, and profits for corporations become profits for the state (theoretically, at least - the lines of public-private business are kinda blurred nowadays). And its working. According to Organization for Economic Cooperation and Development, by 2016, China will have overtaken the U.S. as the largest economy in the world. Today, Chinese corporations can be found pretty much anywhere — including the North and South Poles. Since the Eurozone crisis, Beijing has bailed out various European banks and is the largest American creditor.

It's no news that a significant proportion of what you use on a daily basis (your iPhone, clothes, shoes, Swedish Volvo cars — the list goes on) is also made-in-China. The future of China's manufacturing sector directly impacts you; and not just because you might care about sweatshops and labor rights: as China restructures its economy, stuff you depend on buying for a certain price might not be so cheap anymore.

Enormous algal blooms, dead fish epidemics, pollution shutting down schools, and cancer villages — you've probably heard that China's environment faces some challenges, to say the least. Already causing the occasional curfews, Beijing's 2.5 PPM air pollution — aka the"airpocalypse" — is just the beginning. China is also water-stressed, with 40 percent of its scarce rivers and waterways already seriously polluted in one way or another.

Luckily, the Beijing leadership has various (and insane) aces up its sleeves to deal with the situation. There are silver nitrate rockets to control weather (artificial rain can temporarily clear up the smog) and the notorious mega project of diverting water from the wet south to the arid north (discussions have entailed "peaceful nuclear explosions" in the Himalayas to redirect a major Tibetan river).

If that doesn't convince you about the magnitude of Beijing's policy-making, there's this simple fact: China has been the world's largest emitter of CO2 for some years now. Unless the Chinese are on board, we can all kinda forget about any meaningful action on global warming.

Oh, and they're building a new coal power plant every second week.

3. China's food safety standards are coming to a market near you

This Spring, around 20,000 pigs were found floating in Shanghai rivers. The really scary thing? No one is quite sure how they ended up there. Or why it happened again a few weeks later. Or how the government still said the drinking water the river supplied was safe to drink. China's bizarro food scandals have been impressive and sometimes outright creative, with some highlights including fake eggs (really — complete with shells and yolks), rat meat soaked in sheep's urine (then passed of as lamb), and even exploding watermelons.

China's questionable food industry is closer to American markets than you'd think. The Obama administration just passed a decision to allow the sale of chicken processed in China for exports to the U.S.. For obvious reasons, many people are not happy about this. Oh, and did we mention that China has its own strain of bird flu?

4. You will probably work and study with a lot of Chinese people

Last year, 235,000 Chinese came to study in America — a 21 percent increase from last year. An education in the United States remains an important status symbol for the well-to-do in China. And once they graduate, many of them stay. Meanwhile, an increasing number of Americans are going to work in China temporarily, or even applying for Greencards.

Soon, more and more kids might need to learn Chinese (which, by the way, is also the most common language in the world; spoken by a full 14 percent of the global population. English is only third place, after Spanish).

5. We need China for diplomacy

China shares borders with more countries than any other nation — fourteen in total — and not everyone is cool with how quickly China has become a superpower.

While China has insisted that it's "peacefully rising," not everyone is convinced. Japan, India, the Philippines, and South Korea are just a few neighbors that take issue with its assertive policies in the oceans. And yes, China might be using its money and power strategically: Beijing has just gotten itself into trouble for sending what others say is a pathetic aid pledge to cyclone-ravaged Philippines.

China doesn't like it when other countries mind what they think is their business (the Tiananmen uprising, Weibo censorship, or anything that happens in Tibet or Xinjiang) and perhaps in hopes to be left alone, it mostly treats other countries the same. Unsurprisingly, this has made Beijing a popular ally and investor in countries that others shun. (For one, they're North Korea's only friend ... besides Dennis Rodman, that is.)

China pursues a policy of non-interference which means they don't preach on pesky things like democracy and human rights around the world. Still, China also has a track record of vetoing various resolutions (most recently on Syria sanctions) in the United Nations Security Council where it is a permanent member. And now, despite a less-than-perfect human rights record of their own, China just got a seat at the United Nations Human Rights Council.

Sure, the press is state-owned and highly-censored. But there is a lack of comprehension towards the concepts of irony and satire that have made for some excellent entertainment. Take, for instance, the time when a major newspaper not only quoted The Onion's story that North Korean leader Kim Jong-Un was the "Sexiest Man Alive" ... but also ran it with a 55-photo slideshow. Or when Chinese state media reported that Amazon founder Jeff Bezos had accidentally bought the Washington Post while online-shopping.

It wasn't the media, but a similar confusion with sarcasm led to a cinema in Shanghai apologizing after it unknowingly used this phenomenal fan-made gay Thor poster:

But in all seriousness, the Chinese government is currently revoking visas for foreign correspondents. And considering how important we now know everything happening in China is, that should concern us.

China is big. Like, so big. It's a lot bigger than the U.S., has the world's largest population by far, and is incredibly complex (it has 56 different ethnicities!). It's kind of a continent in itself, and things are happening very fast there. This epic time-lapse video, which uses 200,000 photos collected from 56 photographers from across the country (who never even met), kind of says it all.