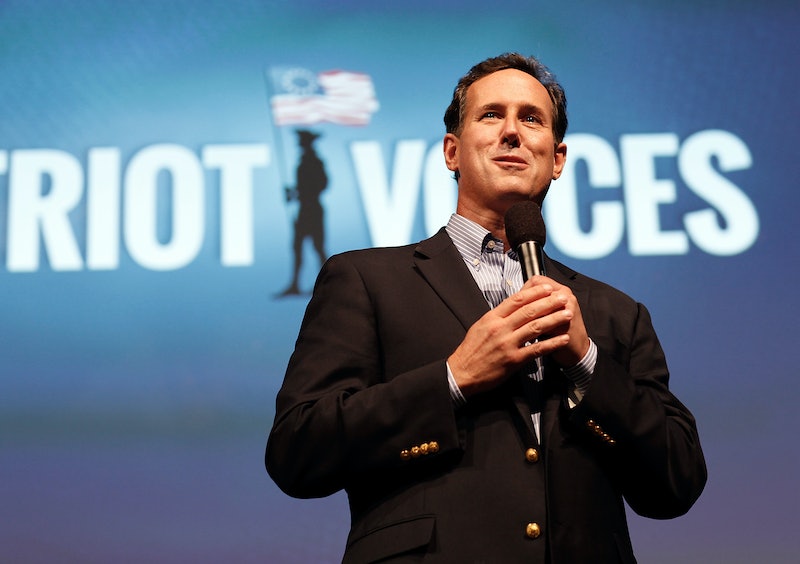 It would appear that everyone's favorite conservative has decided to follow in the footsteps of Kirk Cameron in his pursuit of worldwide emotional and sexual repression. According to The Huffington Post, the notorious politician (find an accurate description of him here) has recently signed on as the new CEO of Echolight Studios.

If you haven't heard of Echolight Studios (I can't think of any good reason why you would have), here's a trailer for their latest film:

The news of Santorum's career jump first broke on Fox News Channel's Huckabee, which was followed by a personal email that was sent out to all members of Patriot Voices , Santorum's online fan club. The friendly email includes an explanation of his move to cinema, and the changes he hopes to make through infiltrating popular culture:

"Many of you have heard me talk about that if we are going to make a positive impact on our country's cultural challenges, we have to do it by reaching the masses often through entertainment. For too long, Hollywood has had a lock on influencing the youth of this country with a flawed message that goes against our values. Now, we can change that."