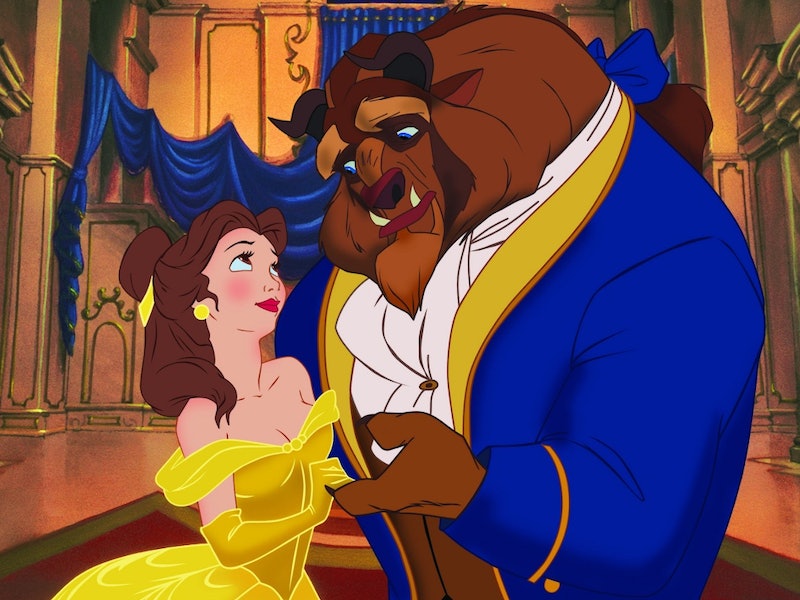 Today marks 22 years since Beauty and the Beast premiered in Los Angeles. An instant Disney classic, the film about beastiality, er, two creatures falling in love has enchanted audiences for more than two decades. Mrs. Potts, Chip, even the arrogant Gaston have all nestled their ways into our hearts and DVD players for the nth time. We still dream about one day owning a library like Belle's, and being able to gobble down two dozen eggs like Gaston. To celebrate our favorite band of singing inanimate objects, here's 15 things you may not have known about Beauty and the Beast.

1. The smoke that is seen when (spoiler alert!) The Beast turns into the Prince is real smoke, not animated.

2. The idea of a woman falling in love with a talking animal is enough to wrap our heads around. But the film was almost much darker. Many scenes, such as Gaston visiting the asylum and a scene where The Beast drags a dead animal carcass, were thankfully cut from the film's final product.

3. Rupert Evert auditioned for the voice of Gaston, but didn't land the part because producers thought he didn't sound arrogant enough. He took this critique to heart when voicing Prince Charming in Shrek 2.

4. Patrick Stewart almost played Cogsworth (!!!) but scheduling conflicts with Star Trek forced him to turn down the role.

5. The film was nominated for best picture, but lost to Silence of the Lambs .

6. The art director colored Belle so she was the only one to wear blue in her town.

7. In the climax of the flick, when Beast and Gaston are struggling on the roof, Gaston was supposed to yell, "Time to die!" but instead yells "Belle is mine!" to fit her character back into the scene.

8. The stained glass window that is seen at the very end of the movie was built after the film's release and now resides permanently at Disneyland.

9. The Beast may be wayyy younger than we thought. The prologue states that the rose will bloom until the prince is 21. But in "Be Our Guest", Lumiere sings "Ten years we've been rusting..." so, if the castle has been enchanted for ten years, and the prince is now 21, then the prince was a mere 11 years-old at the time he met the enchantress.

10. Chip is the only member of the castle's inanimate talking staff to refer to Belle by name.

11. Regis Philbin auditioned for the role of the beast (HAHAHA, I mean...no biggie).

12. Paige O'Hara, who voiced Belle, was actually sobbing while recording Belle's mourning of the supposedly dead Beast. Her performance was so intense that the director asked her if she was OK, upon which O'Hara immediately dropped out of character and said "Acting!"

13. An original version written of Gaston's death featured wolves killing him after he survived his fall from Beast's castle with a broken leg. Instead, this plot was used in The Lion King.

14. Julie Andrews reportedly turned down the role of Mrs. Potts.

Unless otherwise linked, all facts via IMDB.