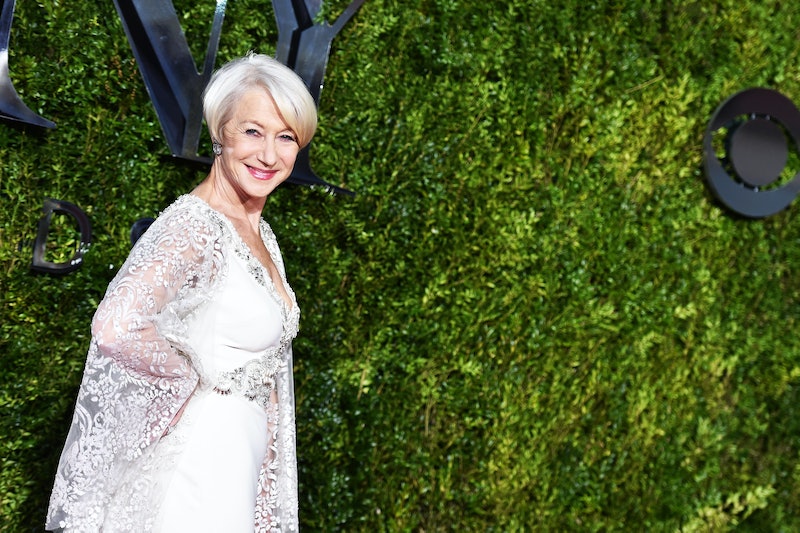 Long live the Queen. Sunday night's telecast of the 69th Annual Tony Awards started out with a bang as Helen Mirren took home the first award for Best Actress In A Play for the incredible play The Audience where Mirren played the Queen of England Elizabeth II Mirren played this same role in the amazing film The Queen — which won her an Oscar. And she's the not the only one of her cast from The Audience who won at the award show. Featured actor Richard McCabe also took home a Tony for his work as former Prime Minister Harold Wilson. Mirren won against stiff competition from theatre and television stars like Geneva Carr, Elisabeth Moss, Carey Mulligan, and Ruth Wilson. But despite all of these ladies' fantastic performances, there was no contest in the end. This was the Queen's Tony to take home and no one else's. Now the real question is: Will Helen Mirren EGOT?

Think about it. She's already got an Oscar for The Queen, four Emmys for various miniseries and television movies, and now she has her Tony. Now all that's left is for Mirren to get a Grammy, but considering Kate Winslet has won an Emmy for a spoken word album, Mirren's road to EGOT-ing is inevitable, and will probably happen any year now. So what should Mirren do to win her Grammy? A spoken word is one way to the trophy, but wouldn't it be awesome to see Mirren do a musical film whose soundtrack is nominated? It's time for this badass woman to take home the EGOT.