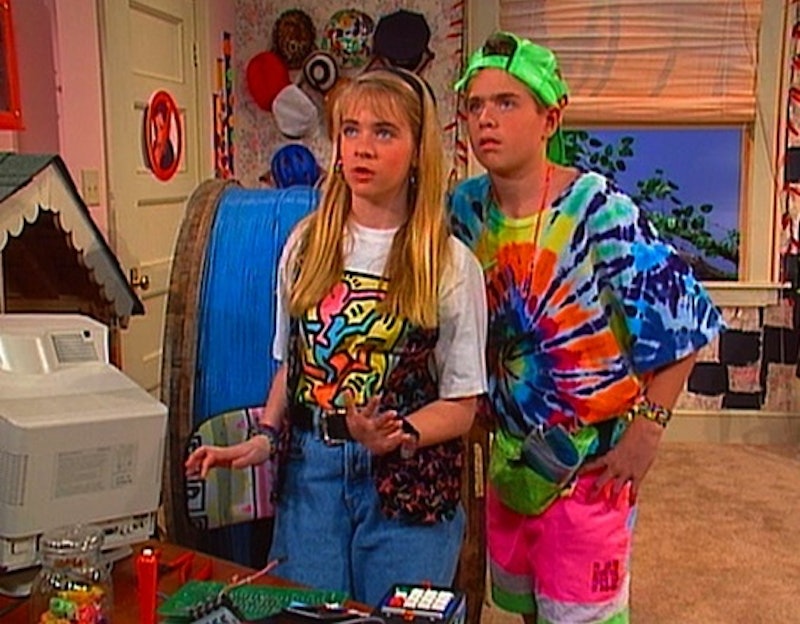 And now, it's time for the BEST NEWS YOU WILL READ ALL DAY: According to Uproxx, there's a whole channel dedicated to showing '90s Nickelodeon shows. As in, that's all it shows, all the time. It's apparently titled Nick Reboot, and it's described as a "24/7 live stream of classic Nickelodeon shows from the 90s and early 2000s." So, Clarissa Explains It All? Kenan & Kel? Doug? Rocko's Modern Life? Are You Afraid of the Dark? (YES YOU STILL ARE.)

IT'S ALL HERE. ALL OF IT. EVERYTHING. WELCOME BACK TO YOUR GREEN SLIME-COVERED CHILDHOOD.

Apparently, the channel also shows old commercials, meaning that Gigapet culture is alive and well in the land of Nick Reboot. It's like stepping into another decade, minus the DeLorean, flux capacitor, and endearing mad scientist who looks a lot like Christopher Lloyd. According to EW, it even features a commercial for CatDog , a show that I literally just forgot about until now, and immediately need to watch ten hours of so I can relive my lost childhood.

To check out this amazing, wonderful creation, just head on over to the site right here to begin watching (...and subsequently procrastinating everything you have to do today.)