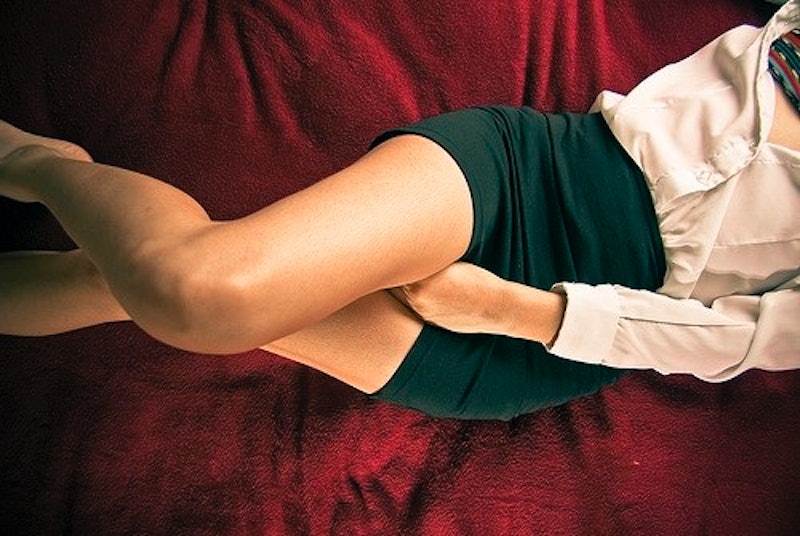 I was 14 years old the first time I lied about sex. I was on the phone with a girlfriend murmuring in hushed tones so my mother wouldn’t overhear. As a mere freshman in high school, I knew that even the details of our PG-13 conversation would sound Notre-Damian gongs of alarm in her head, launching her into attack mode.

“Do you do that?” She breathed the question as if she were toeing a trapeze line.

“What?” I snapped, indignation rising up in my throat. “Of course not!”

“Oh, OK. I was just wondering. You didn’t say anything.”

What is more threatening to the male ego than a woman who is sexually liberated enough to please herself? This is why the practice is taboo. It threatens to undo the thread that binds our patriarchal society together: the notion that women's sexuality is something to be repressed. It is dirty, dangerous even, unless it is being neatly packaged for the entertainment of men. It explains the paradox of why prostitution is illegal but pornography is not: Men (not all, but a great many) desire to control the female body and channel it for their own purposes. And we have internalized their misogyny as evidenced by the cultural tendency to deride female masturbation....as if it were something to be ashamed of. Key words: "As if".

My take? Giving yourself a hand when you need some lovin' is no more perverse than fixing yourself a sandwich when you are hungry. It is a biological need and sometimes a man isn’t around (or desired or competent) to do the job. I say, happy play time, ladies.