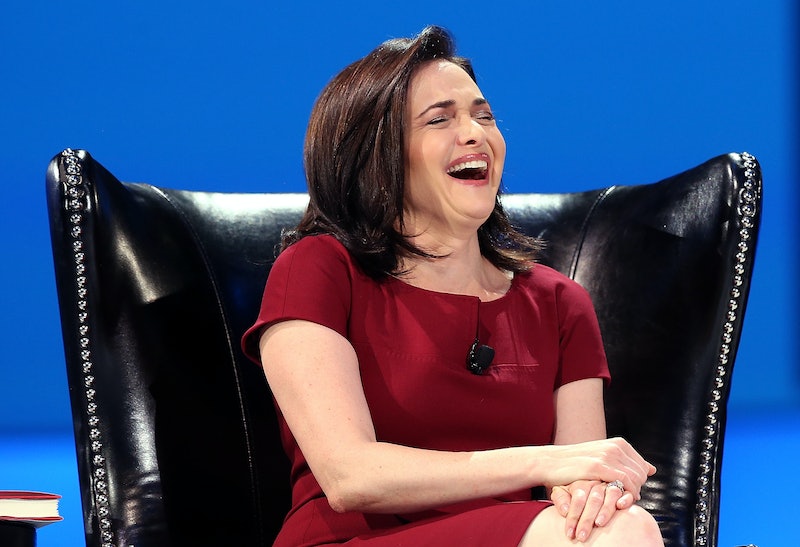 Contrary to the stereotype that female bosses despise their female employees and are are all Devil Wears Prada-harpies-from-hell, a new study from Columbia Business School found that in companies with a female chief executive, women are more likely to advance to other senior positions.

Researchers analyzed data from 1,500 companies over a 20-year period, and in addition to disproving the "queen bee" theory of lady bosses, they discovered that when women were awarded senior roles that were not the top position, the likelihood of other women following them to executive level in the company was cut by 50 percent.

Given all this, having a female boss is likely to work out in your favor if you're aiming for the top, but it's also beneficial for a host of other reasons. I've personally had excellent female bosses, stellar male bosses, and terrible bosses of both sexes, so I ultimately care most about working for someone who's motivating and supportive — whatever their gender identity happens to be. However, there is, admittedly, a special kind of awesome that comes with having a badass woman at the helm to mentor you. Here are five study-supported reasons why female bosses rule.

1. Female bosses are better at engaging their employees

According to a 2012 Gallup poll cited in Business Insider, female managers tend to foster better team engagement than their male counterparts. Both male and female workers are six percent more engaged under a female boss, and when you pair a woman with a female boss, you get the highest of all engagement ratings at 35 percent. Employees with a female manager are also 1.26 times more likely than those working under a man to believe that "there is someone at work who encourages my development."

2. Female bosses are more engaged themselves

In the same Gallup poll, researchers found that 41 percent of female managers are considered to be actively engaged with their colleagues and employees as opposed to 35 percent of their male counterparts. Once again, statistics show that women in positions of power are more likely to foster a supportive work environment.

3. Female bosses are less likely to hold signs of emotion against you

Some people get emotional on the job and some don't, but for those who have, on occasion, shed a tear or two, it could impact your working relationship if your boss is male. A recent study cited in Forbes found that men show a marked decrease in testosterone and reduced brain activity when just smelling a woman's tears, so it's probably not going to go over as well with your dude boss when you break down. That said, even though it's not a big deal to cry at work, (even COO of Facebook Sheryl Sandberg's done it), a female boss won't have that biologically-encoded visceral reaction to it if/when you do.

4. Female bosses tend to be more supportive of work/life balance

Dying to see if you've been RT'd by your favorite author or if that dude ever texted you back? Your female boss is more likely to be cool with you checking social media and doing "personal chores" at the office, says a study cited by the Daily Mail. On the other hand, male bosses are more likely to discipline employees for mixing their business and personal lives, according to a survey of 1,000 UK bosses.

5. Female bosses are more likely to engage with you outside of work

The same study of 1,000 bosses found that female bosses are way more friendly with their employees outside work. Eight out of 10 female bosses counted some members of their staff as part of their friend group, and since socializing with your boss can be very beneficial to your career, that's pretty much a win-win. Although excellent bosses come in all genders, working for a female boss can definitely increase your intellectual and emotional wellbeing and thereby motivate you to crush it at the office.