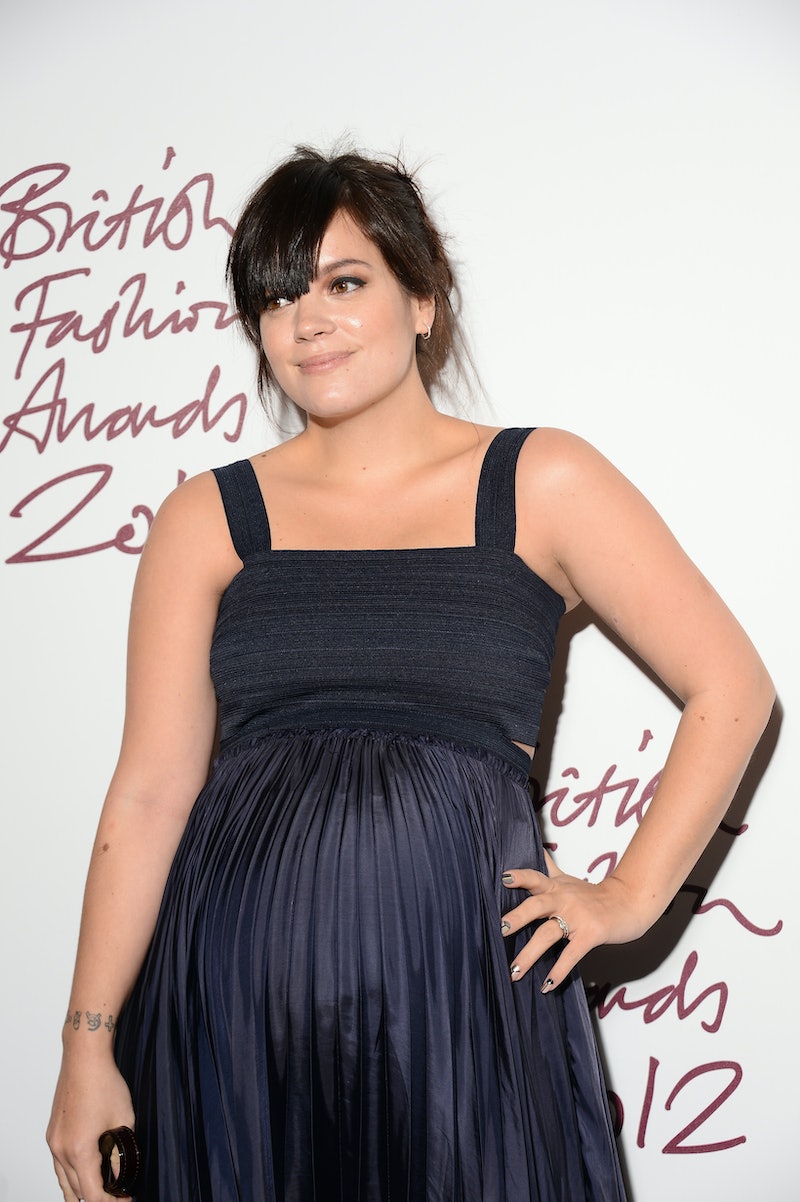 Lily Allen's new music video premiered yesterday, eliciting immediate and effusive praise for its status as feminist satire, followed immediately by a wave of backlash regarding the use of black bodies in the video. It was all very exciting. And now Lily Allen's responded to the "Hard Out There" backlash — in a way that is confusingly soothing, troubling, and thought-provoking, all at the same time.

Here's what Allen said, in a long tweet titled "Privilege, Superiority and Misconceptions":

Where Lily Allen is right is that she is a human being who, due to her own personal insecurities, did not put herself as the one shaking her butt or baring skin in her video. She has every right to feel that way, and to make that decision, on account of the whole aforementioned "human" thing. We also love that she provided the twitter handles for the women in the video, making an effort to provide them with voices in all of this.

Allen is also right in her assertion that hers is "a lighthearted satirical video that deals with objectification of women within modern pop culture." It is. The fact that this is satire — in many ways good satire — should not be forgotten throughout any of this.

Because as much as I'd love for this not to be the case, a whole lotta things in this world are about race. As much as I love that she didn't specify specific races when auditioning women to be in her video, the visual of most of the selected women being women of color does say something, whether she meant it to or not.

Whether it's read as a comment on Miley Cyrus' habit of racial appropriation or as a blind exploitation of black bodies depends on the viewer — but it does matter, and it does send a message, regardless of the video's original intentions.

Listen, I love Lily Allen, and I love this new song. But as a woman of color, I have to say that ignoring that it does have an effect is pretty indicative of modern feminism's issues with intersectionality. Because yes, it's about sexism; but thinking that sexism is separate from racism is part of the issue.

This brings me back to a really valuable question a friend of mine raised on Tumblr about the video and its function as satire:

We all (mostly) agree that it was trying to be subversive (you can tell this especially if you listen to the lyrics closely) but if it fails for other people does that mean it fails as satire and reinforces the system in power?

And honestly, I don't know. For me the song itself is still an anthem I can get behind. But the video? That is very much up for debate. And it's gonna be an interesting one.