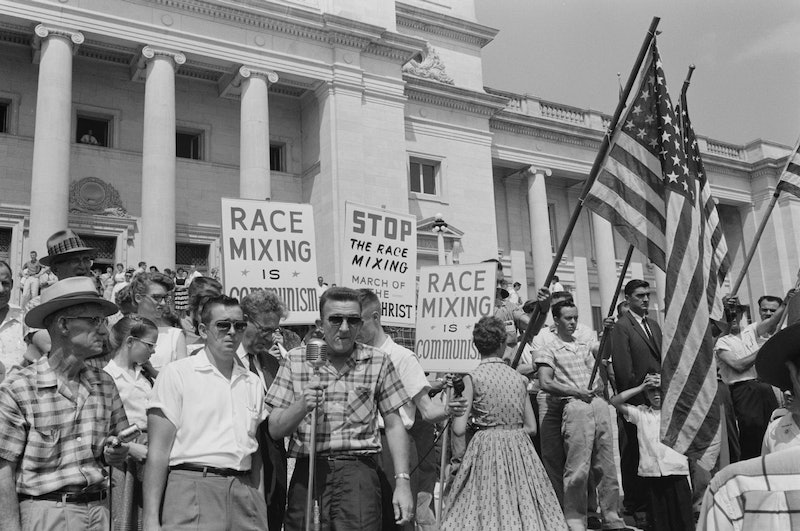 The Brown v. Board of Education verdict was supposed to solve the issue of separate and unequal school segregation. Civil Rights Movement leaders and supporters were staunch advocates of the Supreme Court decision, with the Rev. Dr. Martin Luther King Jr. saying it was “a legal and sociological deathblow to an evil that had occupied the throne of American life for several decades.”

But a recent report finds schools are as separate and unequal as they were before the landmark ruling. Jonathan Fiel, a Ph.D. candidate at the University of Wisconsin-Madison, discovered that resegregation has been increasing since the 1980s. In a research paper published at the American Sociological Review , Fiel writes:

“Students of each minority group have attended schools with fewer and fewer whites, and Hispanic and Asian students have been increasingly isolated in schools with high concentrations of their same race peers.”

Fiel’s data concluded that students of color in the 2000s are as segregated as they were before the Brown v. Board of Education ruling.

Fiel’s data concluded that students of color in the 2000s are as segregated as they were before the Brown v. Board of Education ruling.

In the 1960s, civil rights supporters argued that segregation equaled inferior educational opportunities because resources were isolated in predominantly-White institutions. This trend continues, and has led to an increasing achievement gap between white students and students of color. The authors of the 2012 Civil Rights Project report wrote, “Schools of concentrated poverty and segregated minority schools are strongly related to an array of factors that limit educational opportunities and outcomes.

All of these factors contribute to lower levels of overall achievement, like high school and college graduation rates. The high school graduation rate for black males is significantly lower than it is for white males, although it has risen by 3 percentage points over the past decade. Latino and African-American high school seniors also perform way below reading and math standards, with one report stating the average score is equivalent to a 13-year-old white student. The Education Trust, a D.C.-based educational advocacy group, said there’s been minimal progress on reading scores for Black and Latino students in the last 20 years. It is a marker of an achievement gap that could take 50 years to close.

Yet, we’re supposed to be living in a post-racial society where such issues don’t matter. Fiel disagrees.

He said, “We need new policies and new ways of addressing segregation because it’s on a much larger scale now.”

I agree. As a student who attended schools that were well-resourced, diverse and full of teachers being paid well for their service, I know that funding and resources contribute to the success of schools and students. Segregation in itself isn’t the issue; it’s the isolating of funding and resources in middle and upper-middle class neighborhoods that robs students of color of quality educational opportunities.

The current solutions proposed — including desegregating schools through busing — will not solve the issues facing school districts with too many children and not enough funding to support and nurture their dreams.

More like this
How To Fight For Reproductive Rights, Based On How Much Time You Have
By Courtney Young
Michigan’s Governor Is “Going To Fight Like Hell” To Protect Abortion Access
By Andrea Zelinski
Yomi Adegoke On The Offline Diaries & The Power Of Representation
By Jessica Morgan
Starbucks' Summer Menu Includes A New Chocolate Cream Cold Brew
By Emma Garza
Get Even More From Bustle — Sign Up For The Newsletter