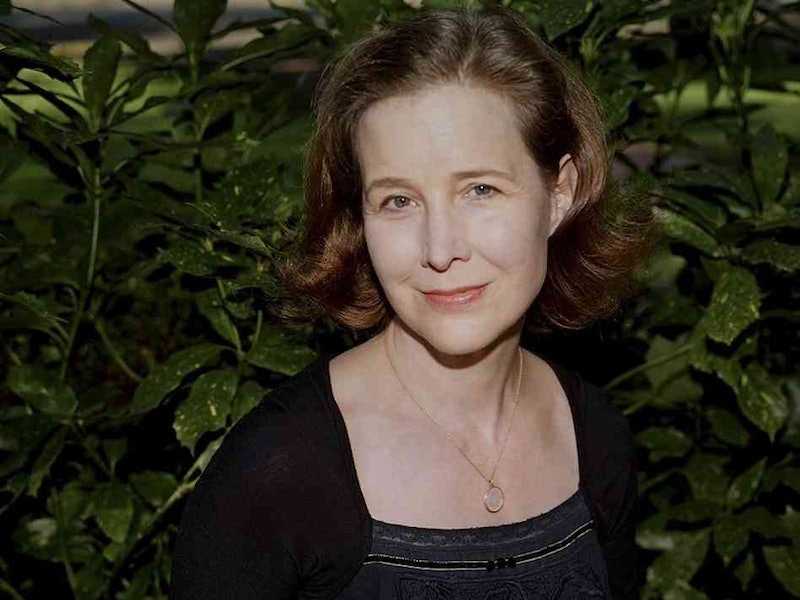 On the heels of an astonishingly successful decade in the fiction realm with works such as Bel Canto and Run, author Ann Patchett shows off her skills as an essayist in a compilation of articles from her career in freelance journalism. This Is a Story of a Happy Marriage (Harper) covers far more than its title suggests.

The 22 personal essays in the book are snapshots capturing her family, her upbringing, her career and its arc, both creative and professional, along with the details of her first (unhappy) and second (happy) marriage. Written for publications including the South Carolina Review and the Atlantic Monthly, each piece offers a different insight into Patchett’s progress as both a writer and woman.

In her superb introduction, Patchett discusses how she used the creation of the collection as an opportunity to track and reflect upon the progression of her work and its style. She mentions the many difficult moments she encountered struggling to balance her work and home lives, a line blurred by the freelance nature of her job. She notes that, on occasion, it is necessary to remove oneself from the subject of one’s work in order to gain clarity, perspective, and a little peace and quiet.

In her 2006 Gourmet article, "Do Not Disturb," charting her week spent in the Bel-Air hotel in Los Angeles, Patchett is able to find just that. Although the purpose of the trip is to work exclusively on her novel sans distraction, the piece centers on the observations that she makes throughout her stay. The guests, largely one-nighters with their oversized sunglasses and perma-tans, provide a fascinating and hilarious contrast to the author as she commits a full seven days to her isolation experiment and orders food beyond the salad menu. The week is ultimately exactly what she needs, a full-on escape from the responsibilities of the real world, just long enough for her to miss them again.

The collection is consistent, despite the pieces' publication dates spanning 20 years. Patchett acknowledges this without apology:

...this collection bears the stamp of a writer who got her start in women’s magazines: it is full of example and advice. I will never be a war correspondent or an investigative reporter, but the tradition I come from is an honorable one, and, at times, daunting. Many of the essays I’m proudest of were made by things that were at hand — writing and love, work and loss.

Patchett’s pieces are neither fluff, nor do they lack in hard hitting focus. In one, The Wall, she reflects upon her decision to apply for the LAPD, after watching her father endure the pain of being pigeon-holed under the moniker of ‘racist cop’ after the Rodney King beatings. She does not shy away from painful subjects, and describes such matter with the same eloquence can be found in her novels.

Inevitably, as these are often self-reflective pieces, a good number of Patchett’s articles revolve around the topic of writing. In The Getaway Car, her 9th grade self, already fully aware of some kind of literary destination, has resigned herself to “the Kafka model; obscurity during life with the chance of being discovered after death.” Beyond the prospect of lifelong anonymity, the process of putting pen to paper comes with its own unique challenges for Patchett:

During the months (or years) it takes me to put my ideas together, I don’t take notes of make outlines; I’m figuring things out, and all the while the book makes a breeze around my head like an oversized butterfly whose wings were cut from the rose window in Notre Dame.

She goes on to elaborate on the steps of her creative process, how she plucks from the sublime image she has of the epic, world-altering novel she holds in her mind, all the beauty and power until it is essentially broken and re-stitched into its somewhat uglier novel form. Part of this exemplifies her ability to poke fun at herself — she possesses a humility refreshing considering her many accolades, but she is not unwilling to cut herself some slack, either. “Forgiveness,” she says “is the key to making art, and very possibly the key to finding any semblance of happiness in life.” Much of her articles, regardless of their subject, hold true to this message. Her stance is that one need not apologize for each and every flaw or deviation from convention, and yet she manages a voice that is confident yet not smug or haughty.

Though refreshing in their honesty, the pieces do repeat at times, both in subject and tone. As with the essays of Nora Ephron, there is a healthy injection of self-deprecating wit throughout, yet unlike the work of her adored Joan Didion, she concludes each article with some sort of requisite moral discovery. There must be a happy ending. That each story possesses this vein of hopefulness or silver lining, Patchett says, betrays her training in the women’s magazines, potentially affirming the antiquated stereotype of an industry lacking in depth.

Throughout, Patchett’s words are a pleasure to read. They are instantly accessible, lacking pretense without compromising their often astonishing beauty. Delivered here are the witty nuggets of honest introspection we do not get from her novels. In introducing the collection, she remarks that the difficulty of the magazine piece is in finding not just her own voice, but that of thousands of different women in a few short paragraphs. In this she ultimately triumphs, recounting trials and triumphs familiar to us all, while managing to make them entirely her own.

More like this
10 Must-Read New Books Out This Week
By K.W. Colyard
30 Books To Read This AAPI Heritage Month
By K.W. Colyard
Zosia Mamet Opens Up About Her Eating Disorder
By Zosia Mamet
Watch The Emotional Trailer For Dolly Alderton’s 'Everything I Know About Love'
By Bustle UK
Get Even More From Bustle — Sign Up For The Newsletter